CRAXY Is Probably Underrated Because Of Their Unconventional Debut Single ‘ARIA’ 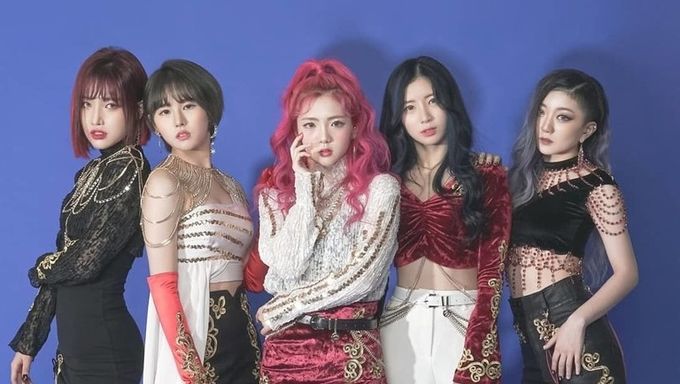 We often talk about the various reasons why some rookie idol groups are considered underrated, and each group has different reasons according to everyone's various opinions.

If you've watched their MV for their debut single, 'ARIA', chances are you probably either hate it or love it.  Some fans have described it as cringe-inducing while others have stated that it was refreshing and unique.

The song seems to be quite unconventional when put in comparison to most K-Pop music these days. And unconventional can swing either good or bad, there's no other outcome in the K-Pop music scene. In CRAXY's case, it's a little difficult to tell.

And the reason why is because despite 'ARIA' being an odd song, the group members do an excellent job of performing it. It actually might even be the reason why for people who don't vibe well with the song to be able to stand listening to it. CRAXY seems to have been put in a situation where they just have to work with what they've been handed to them.

What the debut single fails to do on its own as a song, which is to win the mainstream attention, is fortunately made up for by their well-synchronized performance that clearly required lots of practice.

Most fans would also agree that the K-Pop scene isn't the most receptive when it comes to anything that is different from everything else out at the moment.

It is also on the other hand understandable that the song actually couldn't have been any different from the way it turned out because CRAXY's agency seemed to be focusing on using elements from traditional Korean music and visuals in order to highlight the nation's history of being able to overcome various difficulties, something that any South Korean would be proud of.

But most would probably agree that there could have been better ways to execute it musically. The song could have utilized a genre that is to the trend at the moment such as trap, future bass, R&B, or even a more polished house dance type beat that it seemingly attempted to emulate.

Hopefully, CRAXY's next release will be able to better highlight the strengths of the group.

DONT SAY THAT CRAXY IS BAD they actually good. I found out about them and stanned them since debut. So SHUT THE HELL UP

WE ARE NOT TALKING ABOUT YOUR MONEY AND FAMILY

they are ugly! like monsters but I'm sorry to say that I'm being honest!

i bet you look worst you ratchet ass hoe, bashing a group only because of how they look shame on you, honestly I wonder why people like you are still alive, and judging by your username you might stan TWICE I bet you only stan the visuals and hate the music, we don't need people like you in the community we've already got enough of toxic fans, so next time don't bash a group for their visuals, got it sweetie.

I'm sorry, but they don't deserve attention at all, why do you have to be so aggressive, you aren't any better than them! You should be ashamed of yourself for saying someone shouldn't be alive! Everyone has the right to be alive! Wondering why someone is still alive is WAY uglier than judging idols by their looks. They think Craxy is ugly, that is their opinion, people don't care about opinions like that! But what you said is very dangerous! Stop calling them toxic, when you just said the most toxic thing ever. You'll probably be mad at me after… Read more »

I bet they pick their biases as the ones who are prettiest to them. Such people shouldn't exist 🙁