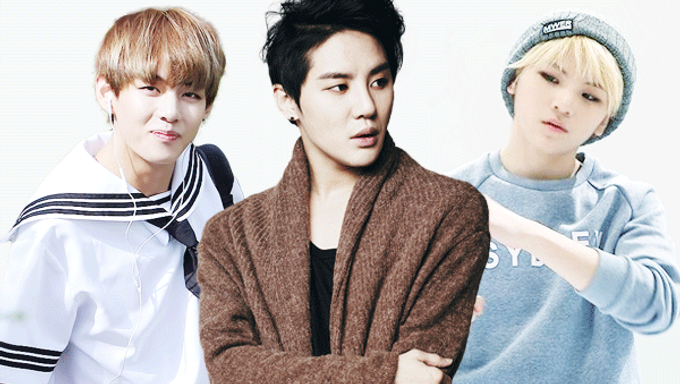 Online voting is currently opened on the official “SMA” site.

There’s a lot of competition in an upcoming awards ceremony. Because many K-Pop idol groups have been nominated in the categories for the "25th Seoul Music Awards". The nominees proved to be a huge success, winning several awards on music shows. Several artists' album were able to rank on the US iTunes album chart and second on the US iTunes pop album chart, both setting a record for the highest ranking by Korean artists. Naturally, many K-pop fans flocked to the SMA category lists to see where their favorite idols were nominated — and to vote for them.

Must Read : Nominations For The 25th Seoul Music Awards

BTS’s "I Need U" is currently the top bet for the Bonsang with 19.71 percent. They are closely followed by VIXX and BTOB, respectively. 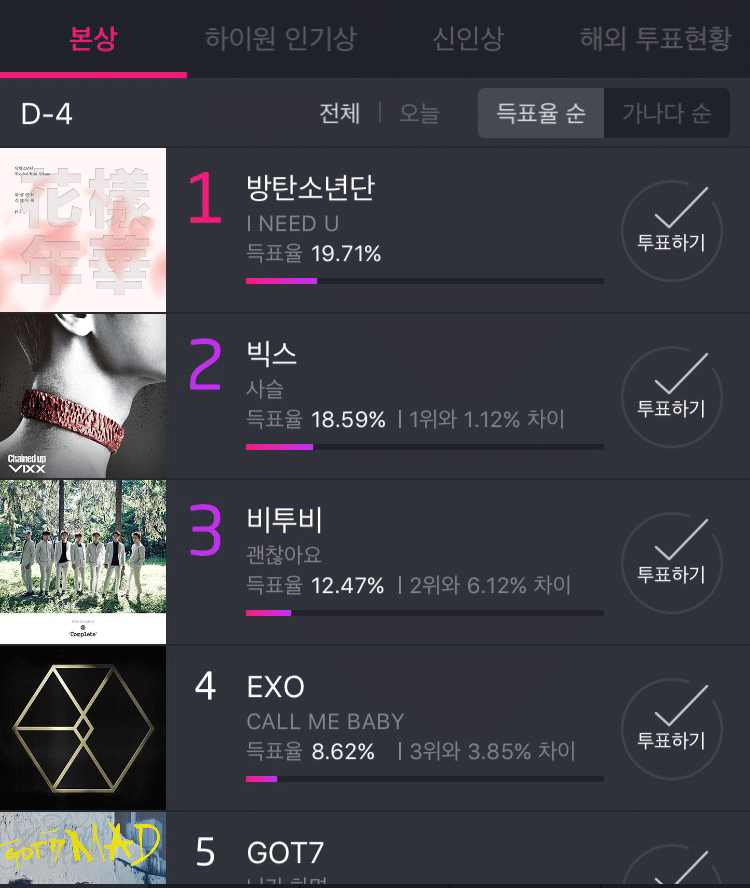 Rookie of the year: votes count for 30% 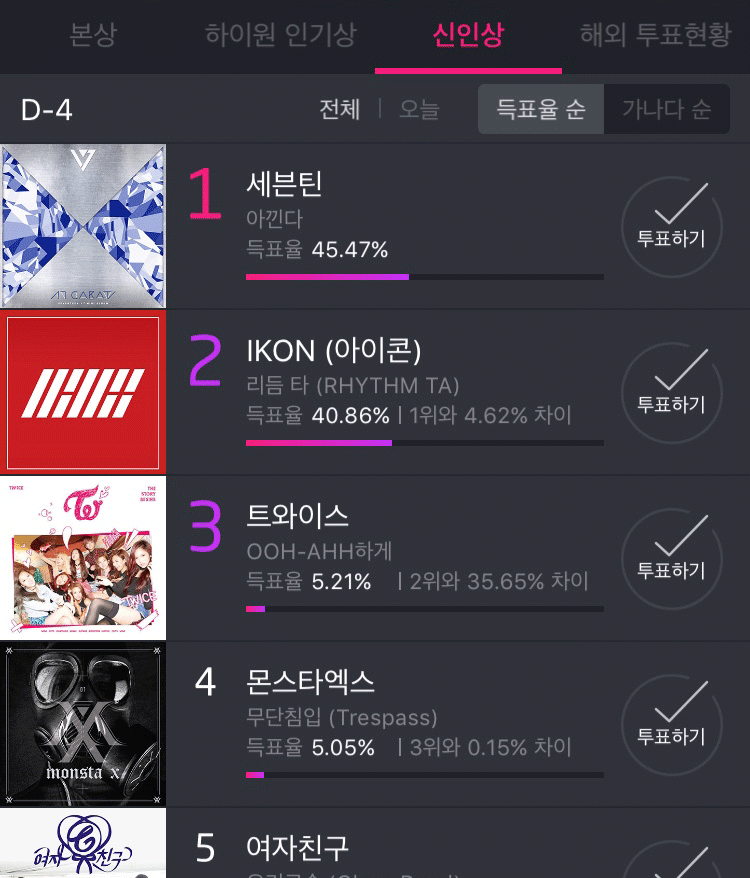 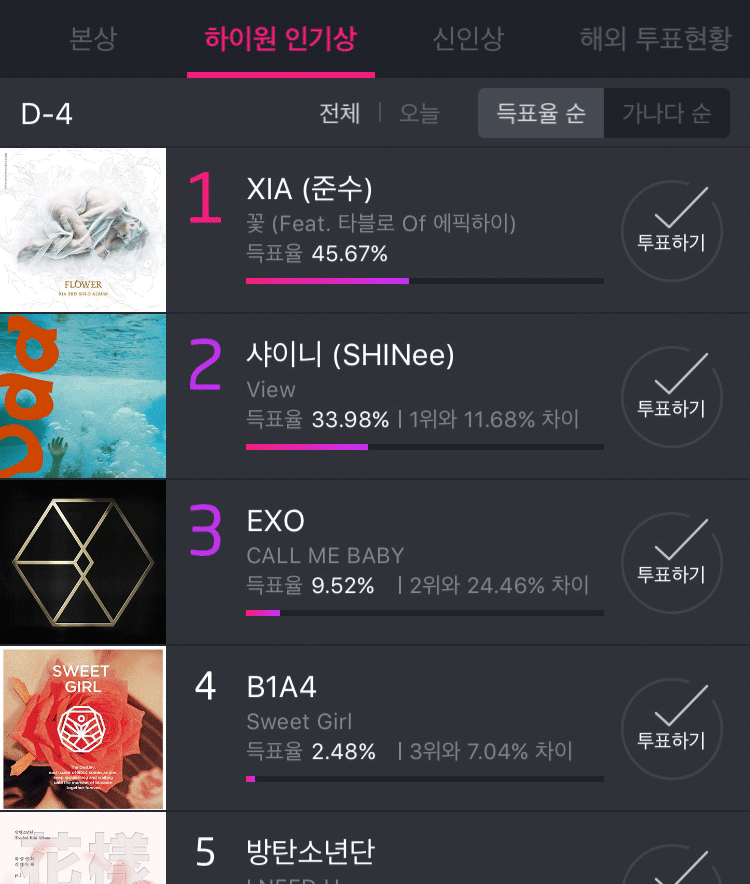 A famous hallyu singer/actor Lee Seung Gi is the front-runner for Global Fan’s Choice with 24 percent, greatly ahead of GOT7's "If You Do," VIXX's "Chained Up," and INFINITE's "BAD." 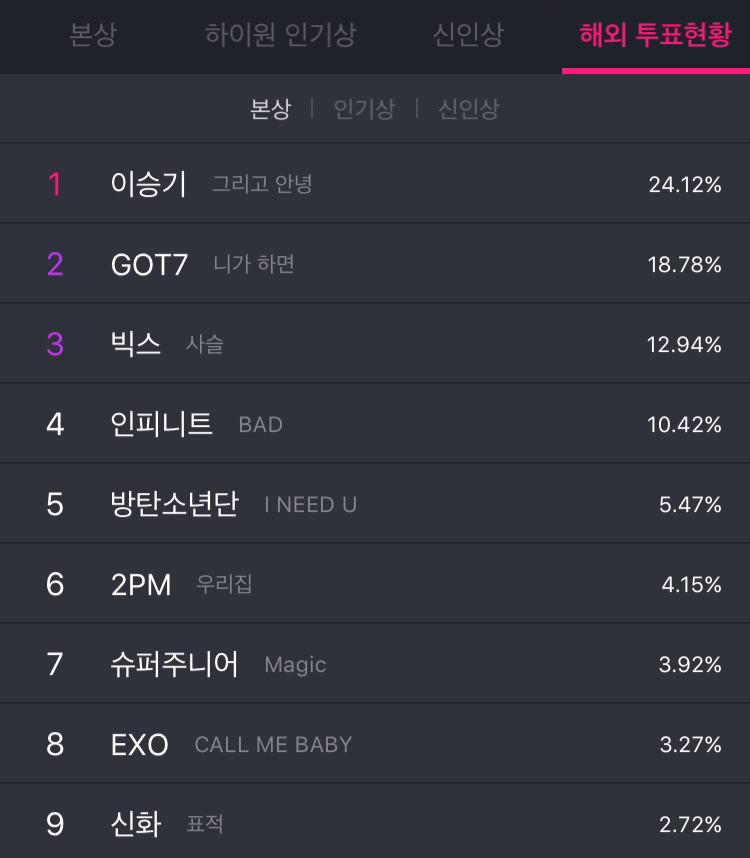 Get voting for your favorite K-artists and songs for 2015. It can be done everyday; registration and log-in are required to vote. Do you agree with the current ranking?