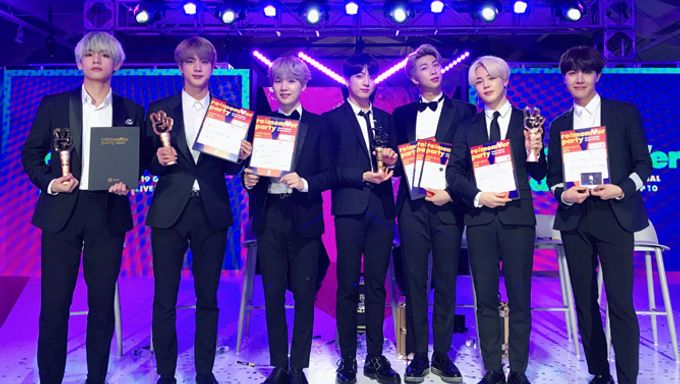 There is no doubt that BTS is taking over the world with their charms, musicality, passion and many more. With dedicated and loyal fans from all over the world, many professionals in the industry recently noticed the steady increase in fans as well as their diversity.

According to the data from ticket sales provided by Vivid Seats, it was revealed that 3/4 of fans who were looking for tickets are female. 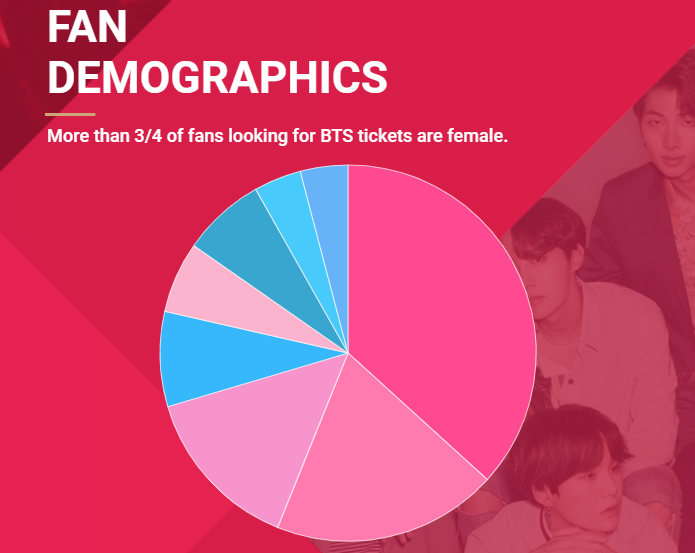 In addition, BTS enjoyed twice the demand for tickets as compared to Jennifer Lopez who had announced her latest tour just a week ago. 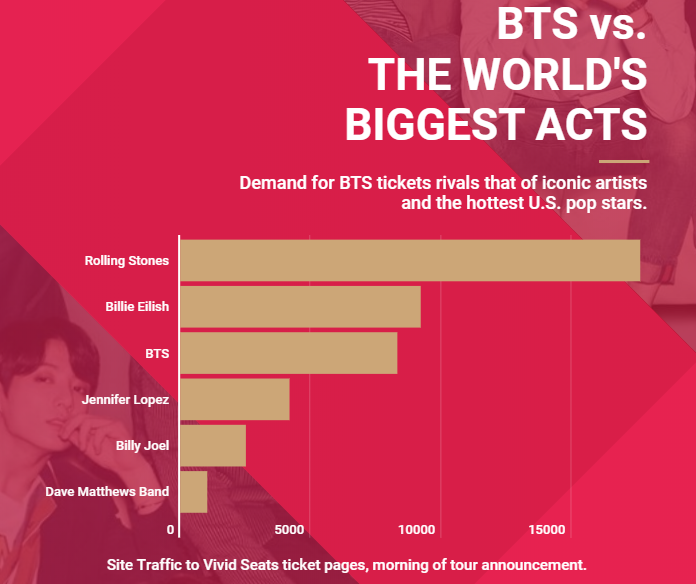 Another data also showed that BTS is one of the most demanding acts in the U.S. compared to other K-Pop groups. 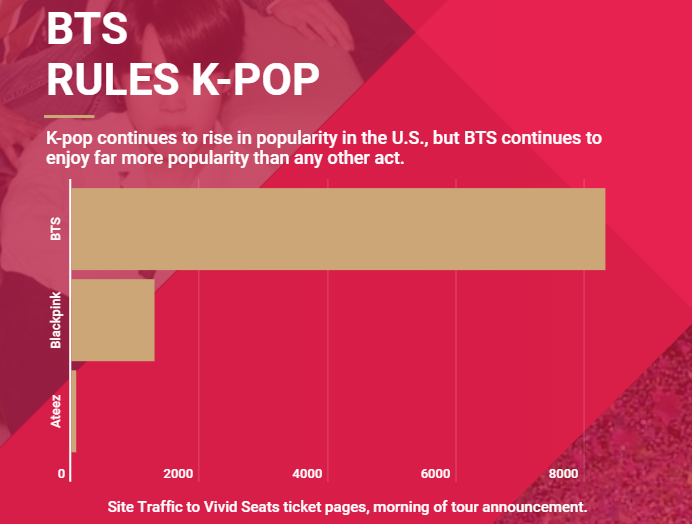 It looks like BTS will be taking over a huge part of the world for the time being. Recently, they had also announced more details about their concert "BTS Love Yourself: Speak Yourself World Tour".