Death Threat Made Against BTS Member JiMin On Instagram 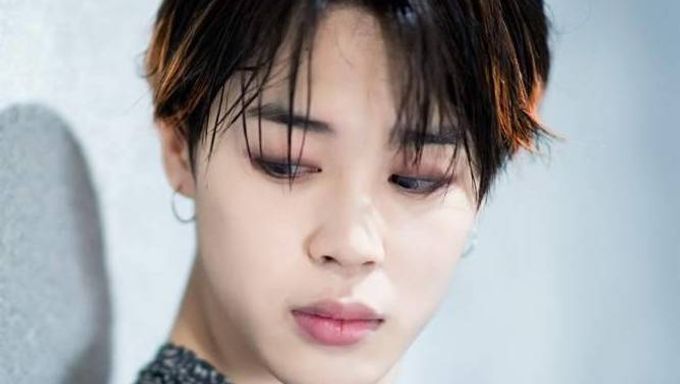 A suspect recently uploaded a photo of a gun on Instagram while making a death threat against BTS member JiMin revealing intentions to shoot the K-Pop idol at the upcoming concert on September 5th in Los Angeles.

Big Hit Entertainment released an official statement saying that they were very well aware of the threats being made to JiMin and intends to take every measure to keep all members safe. The entertainment agency also explained that they've dealt with the same situation in the past, and while they've taken precautionary measures against the threats, the threats thankfully never actually lived up to actions. 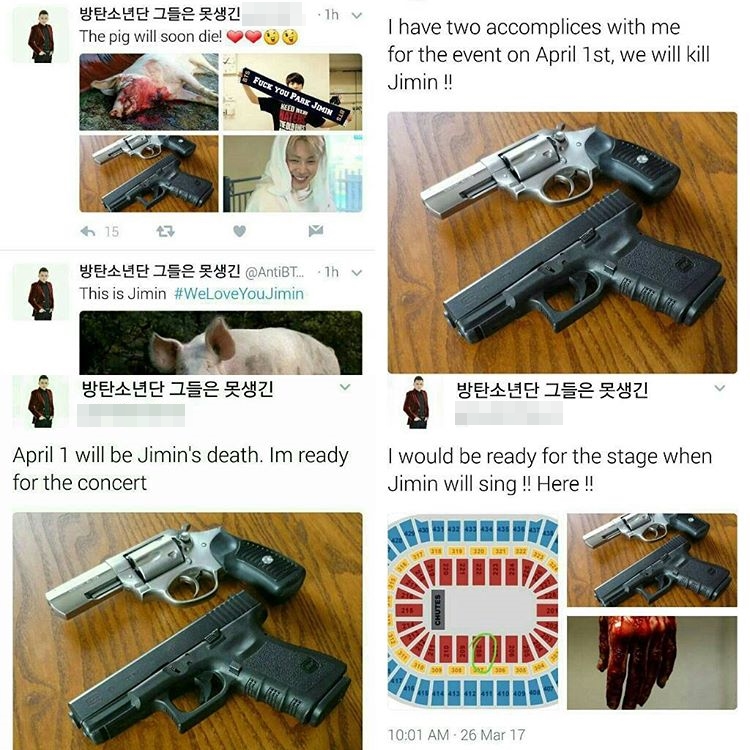 BTS's Love Yourself World Tour is scheduled to kick off beginning on August 25th.

how can you hate jimin like, even if he isn't your favorite member you still gotta love him

This is just stupid.The threatner isn’t only doing this for attention. I know this because Jimin is still alive and well.

HOW DARE YOU TRY TO HURT HIM! DIE IN HELL! AND PIGS ARE CUTE ANYWAY! AND YOUR A TRASH CAN!

Please dont touch army/bts's Jimin!! We love him so much

I love you so much Jimin take care of yourself ilysm!! i swear i would die before i let anyone hurt Jimin!! i love you more than anyone jimin so be happy and stay healthy!!

HOW DARE YOU THREATEN HIM!! YOU DONT HAVE ANY RIGHT!! YOU'RE THE PIG STAY AWAY FROM HIM OR I AM COMING OVER MYSELF