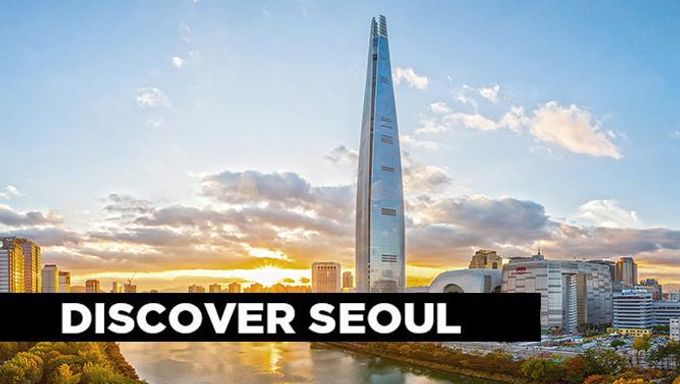 One place we highly recommend that you visit if you're in Seoul is the Lotte World Tower.

It is a gorgeous skyscraper standing 555 meters tall with 123 floors. It opened to the public on April 3rd, 2017 and is the third tallest skyscraper in the world. The planning and construction of the skyscraper took a total of thirteen years. The tower also had its memorable moments as well when two Russian photographers, Vitaly Raskalov and Vadim Makhorov trespassed and free-climbed up the tower during its construction stage to take photos and videos. Both have now been banned from entering the tower's premises.

As we can see from the photo, it literally towers over all the other buildings that surround it. Considering that South Korea is a small country, it's quite amazing that it is home to one of the tallest buildings in the world.

KPF / When In South Korea

The observation deck, also known as 'Seoul Sky' is a well-known tourist attraction. From the deck, it feels as if you can see the entire city.

We recommend visiting if you plan on traveling in South Korea. The view is spectacular and there are also other amenites such as shopping malls and restaurants for your leisure.