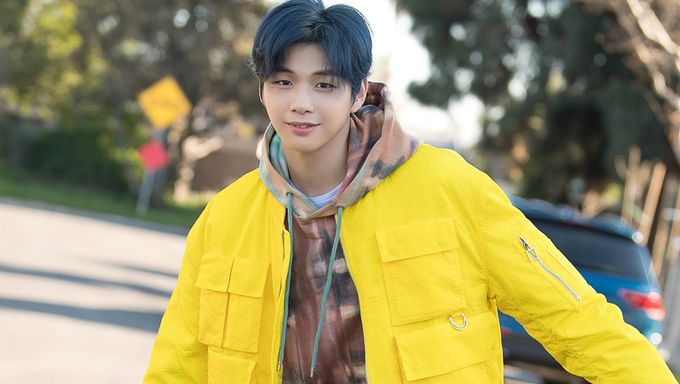 With that being said, many fans could not wait for his return as they have been missing him for a really long time. Previously, the idol had undergone a short break due to health issues in the middle of the promotion for 'TOUCHIN''. After resting for some time, he is finally returning back with a mini album, "CYAN".

If you did not already check it out, Kang Daniel had also released teaser photos for "CYAN".

Fans are in love with the new concept which he is having and are very eager to listen to the new songs by the idol.

On Mar. 20, Dispatch had also released a short behind the clip of Kang Daniel when he was having the photoshoot for "CYAN" in Los Angeles. Take a look for yourself below!

Through the short clip, fans could see that Kang Daniel was showing off his handsome and goofy sides during the photoshoot. It looks like it is impossible to hide his bright personality and many are also glad to see that he is back to his healthy self.

Kang Daniel had first signal his return through his reality program "Hello, Daniel" and shared his concerns and honest sides with his fans.

"CYAN" will be released on Mar. 24, 6 pm KST and the idol will also be coming back through his own comeback show on Mnet.

Are you also happy to see Kang Daniel returning to the K-Pop scene?

Read More : Kang Daniel Shares How He Gets To Eat For The First Time Without Wearing A Mask On "Hello, Daniel"