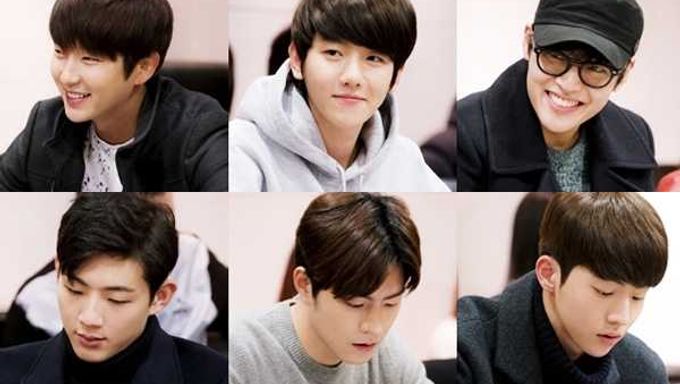 It was reported that the actors created ideal harmony between their unique characters while reading their first script. They all met with the production crew for the first time, including the writer Jo Yoon Young and the producers Kim Gyu Tae. The main actors, Lee Joon Ki and Ir, and supporting actors have already finished their character analyses, so everyone is looking forward to making the first episode.

The upcoming drama is based on Chinese novel "Bu Bu Jing Xin" by Tong Hua (originally published online in 2005 on Jinjiang Original Network). It was a time-slip romance that took a contemporary heroine and sent her back to the Qing era.

Lasting for about four hours, it was attended by cast members Lee Joon Ki, IU, Nam Joo Hyuk, Kang Ha Neul, Hong Jong Hyun, Baekhyun, and more. According to the production release, Lee Joon Ki read his role as if it fit him like his second skin. Her role also came naturally to IU, and the famous idol/actor Baekhyun showed a new side of himself, bringing a lot of energy to the room. IU also received applause for her ability to act out her role naturally.

Don't they look good together? 'Moon Lovers' is expected to premiere in 2016. Stay tuned for updates!