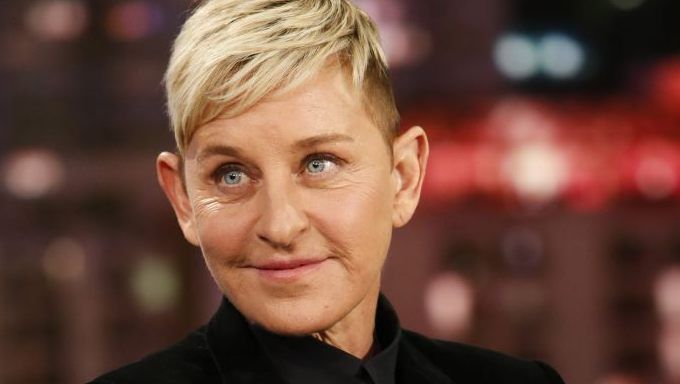 Just recently on February 11th, a clip from the ‘Ellen DeGeneres Show’ was uploaded on the show’s YouTube channel.

And some South Korean netizens have been criticizing the talk show host, as they felt that she spoiled the plot of the film ‘Parasite’, which recently won the Oscars, for people who have not watched it.

The video that was uploaded on the channel was also titled as “Ellen Texted Bong Joon Ho a Nude Photo, and He Hasn’t Responded”.

Ellen DeGeneres claims that she sent the ‘Parasite’ director a nude photo, but has not responded yet. South Korean netizens also found this rude as well.

Moreover, because Ellen DeGeneres seems to have spoiled the entire movie while explaining the plot, many netizens also believe that she hasn’t watched the film either, which also caused them to be critical.

However, there have been netizens who have stated that its just how Ellen jokes around and that this was clearly a case of cultural differences. In addition, they stated that all she did was just spoil the movie and there was nothing to make a fuss about.

How do you feel about the situation?

I am not a fan of Ellen, sometimes I watch her show briefly, she a good entertainer...sometimes people are not sensitive about others feelings.... I have watch the movie, I find it very good, indeed I am so surprise knowing S.Koreans can produce and are highly intelligent, impressive people, having such talents... S.Korean are becoming famous, and moving on and on to the top... Please don't get distracted to such people comments.... don;t get down to her level..... YOU GOT THAT ELLEN...... stay on the ground..... Don't talk negatively to the South Koreans Artist, please..... you joke is not funny.......… Read more »

S. Korean netizens are the most sensitive netizens in the world, they want all of us outside Korea to adjust to their culture but they refuse to adjust to other cultures, Koreans are invading the world now so they must learn to adjust too.

Ellen deGeneres is one of the kindness Person I ever seen at the show ..I love her kindness .. don't blame anyone for a small reason .. because of that mistake we have learned the life..love you Ellen from Shillong

Maybe because of excitements that's why Ellen got to talk about it. Sometimes when you really like the movie you can't stop your mouth to talk about it. And about the nude picture well, I don't know if Ellen knows about the culture. It's really rude anyway.

She just mentioned about "poor people living in the basement" LOL where's the spoiling there? And she didn't mentioned about the Poor Family who manipulated three rich family enable for them to work there and so on..... Hehehe people, get easily offended nowadays!

This has nothing to do with korean culture or that si is mean, is just a great show where she also makes fun of herself and her guests even if they are ordinary people or international stars. BTS and other korean singers were her guests and she really admire them, i am a great fan of Korea and the asian culture, I lived for 4 years in Vietnam and i know a lot of asian people as i was studying about theier traditions and literature. Please, if you don t watch these kind of shows don t make presumptions or… Read more »

it doesn't matter whether you have lived in an asian country for four years, it still doesn't change the fact you can't speak for us. Just because you may know a lot about Vietnam doesn't mean you know about asian culture. Asian culture itself I so diverse and each country has it own way of doing things. I have adored and watched Ellen for so many years, but was blind to her racist and unacceptable behaviour. I was quite shocked at first and honestly she has no right to make fun of Bong Joon Ho for not being able to… Read more »

Ellen is genuinely nice and wouldn’t mean to hit anyone’s feels. It’s not the end of the world. She was in the wrong though. Don’t hate her though.

I think Ellen is repulsive in every way. She had no right doing what she did. It was very disrespectful just as she always is. She's a sad pathetic jealous human.
Let me say sorry to South Korea. You are an extremely talented and beautiful culture.

You should be so lucky to have the love and kindness in your heart like Ellen does. She has done so much for other people. What have you done lately to help someone?????? Nothing!

Why are you in every comment section being so horrible? Like seriously I've read maybe 3 articles where you've popped up ? jeeze calm yourself down to a panic hen, no need to be so uptight in a comment section.

Guest
Jamie lest
Reply to  Shiloh

I don't understand how Ellen is repulsive or disrespectful and if you are calling her a 'sad pathetic jealous human being' ...that leads me to believe not only are YOU a sad pathetic JEALOUS human.....but you're most definitely a 'Frump supporter!'

You Miss Shiloh!!
Are you describing yourself by giving the name of Ellen.??