Initially having debuted on February 16th 2012 under AB Entertainment, the girl group made a name for themselves in the K-Pop scene after teaming up with K-Pop producer Shinsadong Tiger.

Their group name EXID is an acronym for ‘Exceed in Dreaming’.

‘Up & Down‘ is their most popular song to date and it was also the single that helped them make a commercial breakthrough. 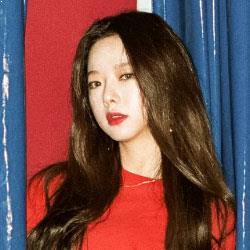 Interesting Facts: Has an IQ of 145. Former JYP Entertainment trainee.

Interesting Facts: Appeared in Wonder Girls’ ‘Tell Me’ MV. Can play the piano.