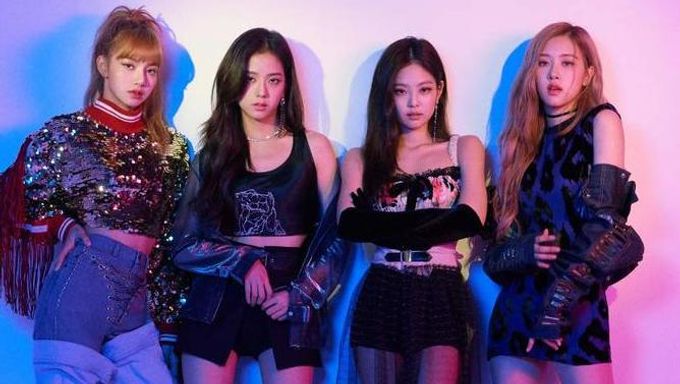 It's exciting to see YG Entertainment girl group BLACKPINK make history by taking over the US. The K-Pop idol girl group was recently invited by ABC to perform 'DDU-DU DDU-DU' on 'Good Morning America'.

After a smooth and entertaining interview, BLACKPINK gave an exhilarating performance of 'DDU-DU DDU-DU', showing off their style and charisma.

However, fans have been disappointed by something very bothersome, especially to the South Korean people.

During the performance, the caption "Singing in Japanese" was seen on the screen.

And we all know how Korean people feel about the Japanese. Fans have also been disappointed because ABC were being unprofessional and confused two completely different languages.

Was 90% done intentionally! "Make America Great Again" Really means, make WHITE America great again! Yes, we will sample the sushi....and in this case Bibimbap....but we will have our meat and potatoes!!! It is a shot to keep that emerging music culture from stomping on their music culture! Yeah....we will try anything....because we are open minded....but don't seriously think we will take you seriously!!!

You are completely wrong on this subject. ABC is run by Democrats and liberals and their platform is that each person belongs to a certain group and every person must act like everyone in that group and in this case the group is Asian so they think all Asians are the same. That is the racist Democratic party for you. Oh by the way, Obama started all this racial divide in the U.S. by making everything about race instead of the country. You can see the types of racist attitudes of Democrats/liberals here. https://www.koreaboo.com/stories/racist-americans-attack-blackpink/

This is coming from a country...that....when the Toronto Blue Jays made their first world series.... they marched out with the Canadian Flag upside down!....and who voted D. Trump in as their president! China....Japan....Korea..... it's all the same to them....you may as well throw Canada and England in there too!

I've been living in Japan for the past 26 years, and when I return to Canada.....every summer, I still get the same joke! "You been livin over there in China for so many years your eyes are getting slanted, Do you speak Chinese yet?" Actually it is a step forward for BTS and Blackpink to be gaining popularity in the west...."One small step for Blackpink....one giant leap for Asian Kind"

That's leftists for you as they like identity politics and dislike individualism, so you must be like all Asians. You can blame Obama for these racist attitudes since he made everything about race.

This is so racist but it's definitely a huge step for Asian representation!!

blackpink killed it. But JAPANESE ARE YOU FUCKING KIDDING ME!!

Seriously?! Wft, that is insulting in more ways than one and is very uncultured