Fans Emphasize The Importance Of Bringing Lightstick Everywhere You Go 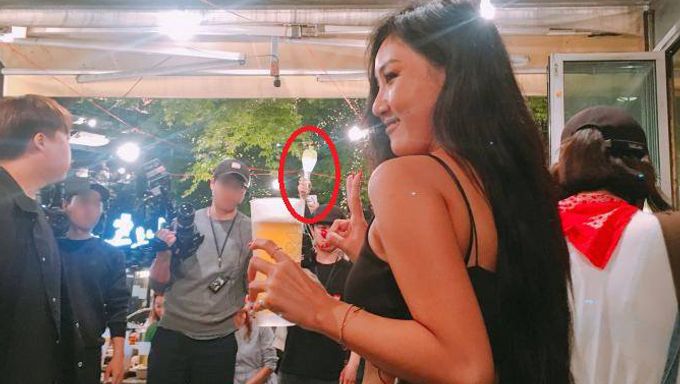 Apparently if you live in South Korea, there is a chance that you might be able to bump into your favorite idols when you are out!

A lucky fan of MAMAMOO bumped into the girls when he or she was outside in a restaurant in Hongdae recently! Member HwaSa could be seen holding a cup of ice beer in the picture below.

However, the hilarious part is when the fan was captured with an official lightstick of MAMAMOO.

No one actually knew that they were going to be there!

It was by pure luck that the fan had the lightstick with him or her and it was also purely coincidental that MAMAMOO would make an appearance there.

Since this incident, many fans and netizens have been sharing the importance of bringing lightstick of your favorite K-Pop idols as you may not know when you are going to actually chance upon them.

What do you think of this interesting encounter?