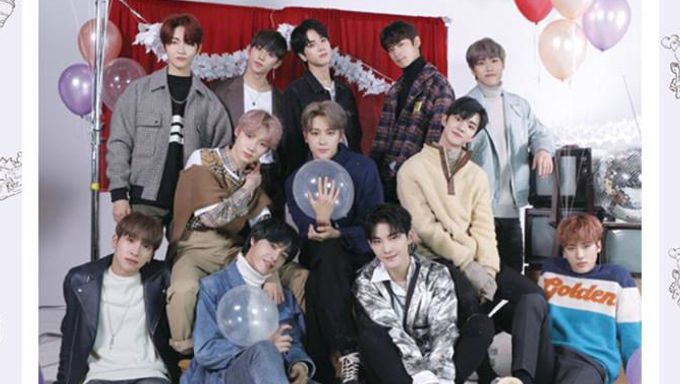 Can you believe that it has been a year since THE BOYZ has debuted? On December 6th, many fans from all over the world spread the love they have for the 12 boys by celebrating online, sending them sweet and loving messages.

Some fans also decided to share photos which had caused an 'issue' because of how good looking and adorable the boys are.

Let's find out more about it.

Fans find this photo of YoungHoon really charming because of how he was in an uniform outfit.

In addition to that, he was also drinking coffee which gave off a manly vibe too.

On MBC "Idol Star Athletic Championship", HyunJae also took the crowd by surprise when he appeared on the LED screen.

Some fans mentioned how they became a fan after seeing how good looking he was!

They also chose SangYeon's subway moments as one of his best too!

Another time, JuYeon was spotted in Lotte World putting on a pink hairband!

They also could not help but gasped at how good looking he was up close.

Fans love it as he looks youthful and bright when wearing a school uniform.

Last but not least, they also did not forget to talk about Joo HakNyeon! His pictures were from the time when he was still a trainee in Mnet "Produce 101" Season 2.

Did you like the recap which some fans had shared?

my gay ass is: screaming

It seems the Kpop industry want to make females confused about what a man is.

beauty (esp. this notion of ‘manliness’ that some people have) comes in different forms.

ps: just because they actually make an effort doesn’t make them any less of a man, honey!