Fans' Hearts Hurt As NCT's Mark Says "Sorry We Are Not BTS" In The U.S. 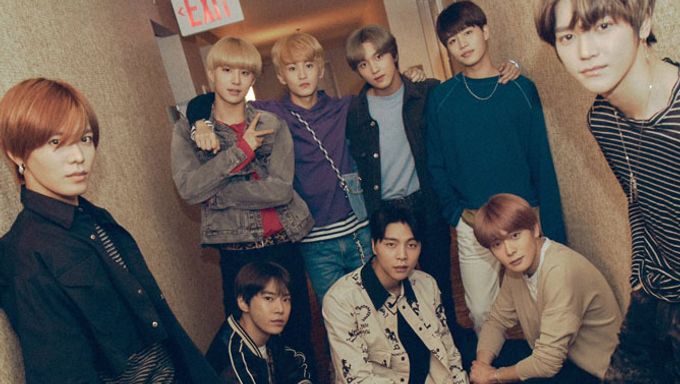 It seems that K-Pop and NCT fans' hearts were hurt because of ignorant/racist comments idols receive overseas once again.

For example, many will remember the comment Mark had on “Good Day LA” (Fox) in October 2018 or that they were “some random Asian boys dancing” on “KISSFM" in February 2019.

NCT 127 is currently in the U.S. for their tour ​NCT 127 WORLD TOUR 「NEO CITY: USA — The Origin」. Fans noticed that in New York, they had to face ignorant comments not in a show but in the streets.

It seems that many know about BTS but not yet about NCT (?). As the boys were walking in the streets of New York, a fan witnessed a rather sad interaction. Random people in the streets were asking if they were BTS. Mark then answered to them "Sorry, we are not BTS".

You can check the video uploaded below.

(everyone on the street kept asking if they were bts)

Mark: sorry we are not bts
Me: THEY ARE NCT!!

Fans could not help but feel sad at the whole situation.

Please guys stop asking people if they are bts without clarifying it first. Imagine how you would feel if u are a group still growing and u realise u aren't popular yet in the hard way. I am pretty sure NCT felt bad. I mean if I were there I would've felt super lucky[not that I'd ever even be 1 mile close to any kpop grp]. So pls respect idols as who they r n pls don't misconcept them. [Multistan here btw]

Thats very rude from the people, Im glad that this fan was there. Im sure they didnt even know how BTS looks, but still keep it to your self, dont go to ask them if they are BTS. Im sure that NCT and more kpop groups will start to become really popular in America.

From every single thing I'm hearing about NCT's experience in America, I'd just rather they not go back. It's sad to hear that so much ignorant shit has happened to them. BTS were so well received when they came, so why not NCT...?

they work hard as much as they did and maybe even more because bts already has millions of fans so there is no chance them to get mistreated like this since they're so "popular" but nct has to work even harder to gain more fans because they deserve every single thing what bts has achieved. And for the last thing I kinda feel like bts is overshadowing other groups in the west because of their "popularity".

Excuse me but every k pop band is working hard...I am an army too but I truly believe that nct is better than bts in a lot of things and also they are getting respect in other countries it will take a little more time for then to become more popular cause it has been only three years that they have debuted and still reached heights and are better than any other boy band......I don't think bts went for their global concerts in the second year of their debut and also look that mark and taeyong and also ten and… Read more »

People can't acuse the girl of not knowing a group from other country, for her fe. the most recognozeble is BTS could be Big Bag or other they all have the same idol aura not your common people from work so why so much noice about it. You have many option kindly explain, go nuts fan stand or go your way and ignore.

Before reading this, I really hope you guys not to get triggered, since the following is my personal opinion. You may hate me, criticize me, etc. But don't make this piece of opinion divide us as a social creature. It's sad that people doesn't seem to like exploring more K-Pop groups (this includes my mom, and my sisters), and don't get me wrong, I love BTS as much as ARMYs does. But it's just sad that other K-Pop Artists (other than the artists from big 3 agencies, of course) doesn't have the recognitions they deserved. I'm a K-Pop fan, so… Read more »

Then people most to leave the ignorance and learn more about the rest of the world, is not that only in music you find this limited visions to what they have in their own coutries only very often.

This is the sad thing that BTS is considered the most popular K-Pop group around the world.

Spread the word you are talking about, tis is the case of many groups and singers in the rest of the world to get ignored by the ones who control the media, the only fault is in the USA media big chains. Work hard as a fan and you will get results

I Know right! BTS is talented but there are other amazing groups who in my opinion Who are just as talented as BTS.

at least they got accepted by the big 3 and when bts chose to go to a small company like big hit entertainment, it shows that they didn't have the courage to join and being afraid to get rejected. and do you think becoming nct was easy for them? They even have a show called "sm rookies" and my advice to you is stop speaking up about them without knowing nothing like being in the big3 and becoming popular because of that or blablabla. they are respectful, talented and humble as much as bts are. Maybe you can focus on… Read more »

I guess those people doesn’t even know BTS either. I think it’s still a good opportunity for other KPop artist to be known. at least now those people will know that those beautiful and talented boys are not BTS and that there are other very good and equally talented KPop artists. I’ve seen some other very good KPop idols like IKON,Pentagon,Stray Kids,Seventeen and I specially like NCT127 .cherry bomb is so dope! By the way I am an A.R.M.Y. , never a multi ?.... but I can truly appreciate real talents!

Don't get me wrong i listen to BTS but if ppl are going to consider themselves Kpop fans they need to educate themselves in other groups too.

It's the same overseas as well. When one of my friends visited China, many assumed she was Serena Williams and stopped her for pictures. Even though she obviously isn't. The same can be said for Americans who are willfully ignorant and assume a group of handsome (obviously) celebrity status Asian men are BTS. Its the same. We as fans cannot forget that those outside the community will not know any better, nor choose to.

It's always been a sad situation to most of Kpop idols when they go to foreign country. I'm not gonna blame them all, but why most of them just only think they were BTS, although some of them don't even know who BTS are ?

I don't think that's racist. it's just that they don't recognize them. They saw a handsome looking celebrity and just thought it must be BTS because whole Americans saw them from SNL. If they're not K-Pop fans, of course they would just assume.

Well say! They are NCT. The fan (?) said my mind. Random people think every Asian artist is BTS ?

This is so sad. why would people say these stuffs

He should have said: Hell Yes we're BTS!

Exactly. There is no reason for him to apologize. They have a roght to be themselves and not BTS.