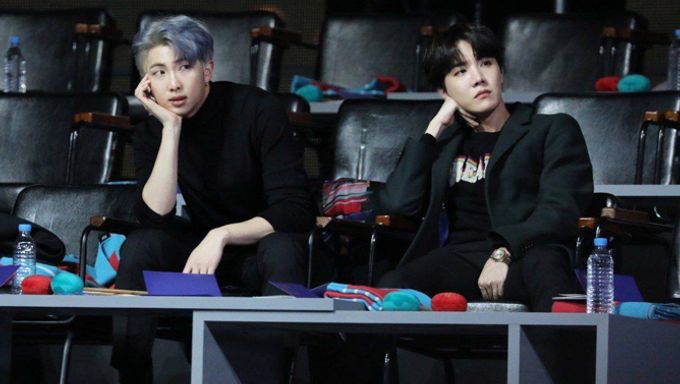 It has been awhile since the 33rd Golden Disc Awards (GDA) 2019 had taken place but some BTS's fans are still talking about some of the cute moments by the boys. If you want to check out the winners, you can do so here.

Did you notice that during the award ceremony idols were given blue and red GDA props to have fun with them?

Well, it looks like BTS's V and JiMin who were both born in 1995 were having a great time!

According to one fan who was there, she commented that the 95-liner (V and JiMin) were playing with the props and cheering on the idols who were performing on stage.

However, on the other hand, leader RM and J-Hope, born in 1994, seemed to have more 'calm' reaction when watching the show. Take a look for yourself!

When fans saw the comparisons between the 94-liner and 95-liner of BTS, they could not help but highlight the fact that they could easily tell who were the younger and older few members of the group.

Did you find the difference between the members adorable too?