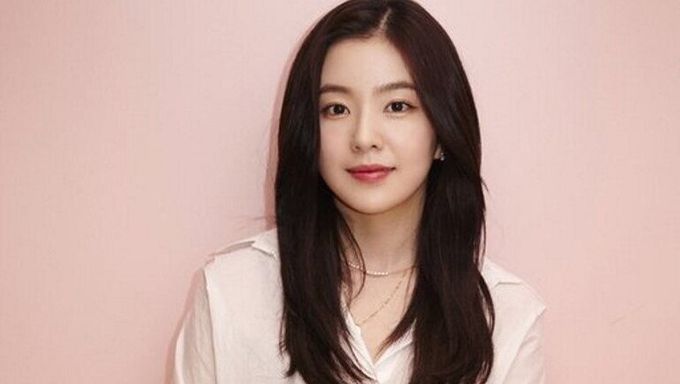 Red Velvet's Irene, who was caught up in a bad attitude controversy not too long ago, has remained relatively under the radar for quite some time.

Her first public appearance after the controversy was during SMTOWN's New Year concert.

Not too long ago, netizens of a popular online community have been talking about a recent apology that Irene uploaded. 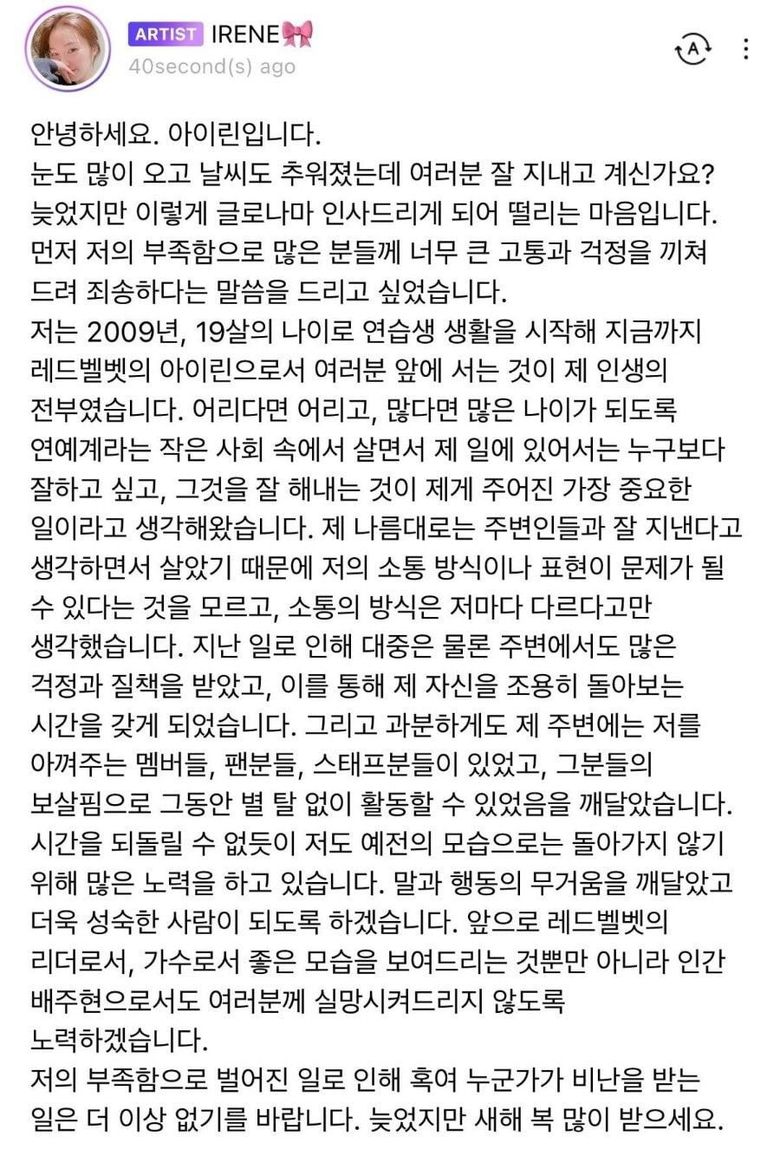 Is everyone doing well? It's been getting cold and snowing a lot these days. Right now, it's late and I feel quite nervous greeting everyone through a post.

I apologize for having caused pain due to what I lack.

Having been a trainee since 2009 at nineteen years old and being Red Velvet's Irene has been everything for me in my life up until now. Nearing an age that could be perceived as both young and old, I've always strived to do my best in the midst of the entertainment industry, a rather small-knitted society. I believed that I was doing well and getting along with people in my own way, and didn't know that the way I communicated or expressed things could be a problem, and also thought everyone had their own ways of communicating.

Due to what happened, people around me began to show a lot of concern, which was why I took some time to quietly reflect upon my actions. There were many people around me who valued me, though undeserving, such as my group members, fans, and staff. It was because of them that I could promote without having any difficulties.

I can't undo what I've done, but am focusing on not being the way I was. Knowing the weight of words and actions, I will put in more effort to become a mature person. I will not only show the best side of me as Red Velvet's leader and member, but also become a Bae JooHyun that won't disappoint you.

I strongly hope there won't be anyone suffering or being criticized due to my imperfections. Happy new year."

What are your thoughts on Irene's recent apology?