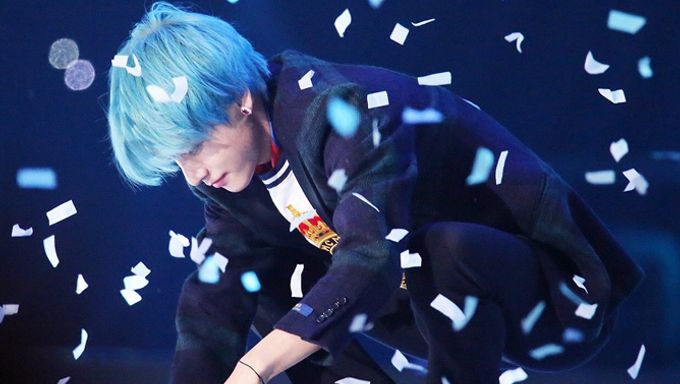 On Jan. 15, Seoul Music Awards (SMA) 2019 was held in Gocheok Sky Dome. To find out more about the winners, you can check it out here.

Fans who were present were able to see their favourite idols enjoying the award ceremony as there was an artist section where they were all sitting. During that time, some fans noticed a cute moment of BTS's V.

V was entertaining himself with water bottles and through a video taken by one fan, he was stacking them up to make a water bottle pyramid!

Some fans found it amusing that V was entertaining himself by stacking water bottles and the rest of BTS did not seem to mind what he was doing.

Nonetheless, it was a rather cute moment of V.

Do you think so too?

Its so cuteeee :3 TwT