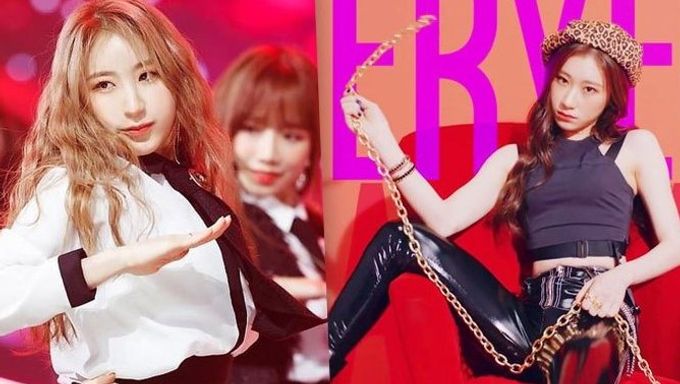 ITZY member ChaeRyeong and IZ*ONE member ChaeYeon are currently some of the most popular K-Pop idols that fans are talking a lot about right now not just because they are both members of the latest idol groups that managed to achieve enormous success upon debut but also because of clues that hint that they may come from a very rich family.

Why are fans suspecting that the two idol sisters are loaded?

Photos uploaded on the idols' Instagram showed their crib in the background, and everyone has been saying the same thing: their house looks like one of those chaebol (South Korean upper class) houses that come out in K-dramas.

You can check the photos out below! 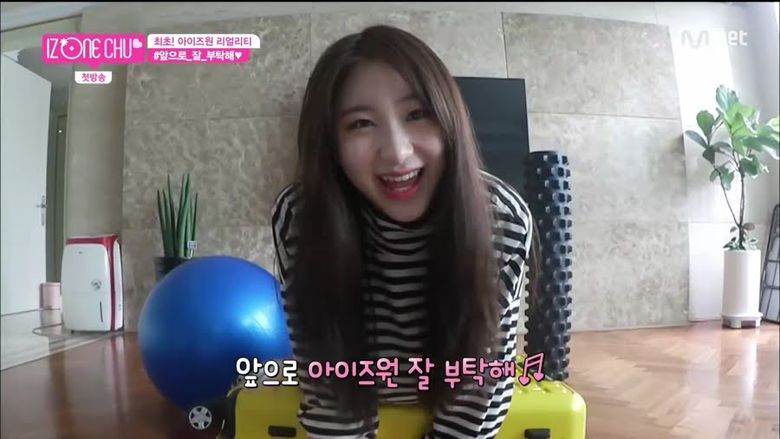 As you can see from the photos, their house is very spacious and is decorated in fine interior. The house definitely has the palace vibes shown in K-dramas!

And we all know how the topic of being rich can be sensitive among South Korean netizens. However, below is what they have been saying.

"Rich or not, ChaeYeon's character is just rich. Even if you weren't rich, I'll let you take my money ChaeYeon!"

"Talented, beautiful, and with a heart to match. She's also rich? I support you ChaeYeon unni from the bottom of my heart!"

"She doesn't have any pretentiousness about her. She is very noble and has a royal aura around her. I just love her."

How did they pass the Casting if so much ugly and without any talent if they didn't had "connection" from up... ? And they are investigating one of the sister in a cheating tv program, Produce 48, was all manipulated by producers. And how their group name sound so similar Itzy IZone ? When search on engine like Google, they promote each other by popping up from search " Itzy" "Izone" since scandal, Izone disband.. but you know what, they never investigated the members... I am sure, they knew it, and are implicated.

Lol. Did you even see Produce 48. At least Chaeyeon's performance in it. Look I don't know whether the show was rigged or not but the person that deserved to be a member of iz one the most is Chaeyeon. It's not just because she can sing and dance wonderfully but also because she has a very stable voice while performing. As a person who has seen both Produce 48 and sixteen, I am 100% sure that both Chaeyeon and Chaeryeong deserve to be an idol. Chaeryeong too showed amazing dancing skills with stable vocals in Not shy stage practice… Read more »

Of I just don't like the twins they ugly asf

To me,they are pretty enough

Why you don't like them?..You don't even meet them face to face?..How was their personality?..What kind of person are they?..But just looking at their face..you dislike them??...lol...Are they disturb you with their looks?..Did they ever mess with you?..Ask yourself...Did you ever try hard to achive your dream just like them?..If you are I'm sorry but if you're not you don't deserve to judge them...You are the real definition of 'JUDGE BOOK BY ITS COVER'...

What do you hope to gain by spreading such a negative statement. Frankly, not everyone will be beautiful to everyone, I understand that, but what need is there for you to put them down because you personally don't care for their looks? I'm disappointed in people who throw the insult back because that just perpetuates this toxic mindset. Kpop fans, we should do better.

sorry but the twins are beautiful outside and inside sure they don't meet the Korean standard but to true wiz*one , true Midzy other true k-pop fans these two are beautiful in front of our eyes unlike you . What you're jealous because they look better than your ugly face? Leave your hate comments for yourself

Wouldn't it be boring if everyone looked the same? People like you just want to see CTRL+V of the same plastic face over and over again. Yawn.

Lol. You aren't any better then them so who are you to say that and they aren't twins. Get your facts right you dickhead

At first they are not twins.lol...not gonna surprise if you're ugly duhh!
Stupidity is not welcome here..
Don't spread your negativity wings bruh.

lol the 3rd pic of their house is actually Changbin form Stray Kids house, it says in the corner that it's from the stray kids show

If they have talent/skill what does it matter, as long as they didn't get preferential treatment to get there, both are in good positions labelwise so this hasn't ended yet

Right, both Chae sisters had to work very hard to get where they are, we all saw them get eliminated on Sixteen and they kept training for years. So nobody can really argue about preferential treatment-- if any of that were true than ChaeYeon wouldn't have left JYP.