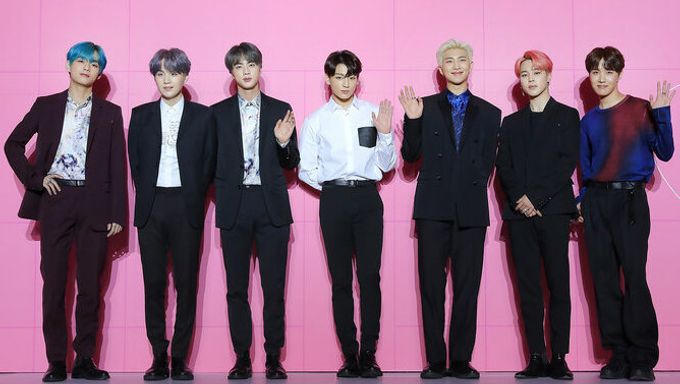 Many BTS fans were angered by the reporter's question, and began criticizing him for knowing that it would be uncomfortable for the group members to be asked about it.

And the fans didn't just stop there. They discovered that Yoon SangGeun was one of the writers of YG Entertainment's news columns, and also the same reporter who covered BTS's plagiarism issues in the past.

Below are some comments left by South Korean fans criticizing Yoon SangGeun.

"Hey SangGeun, how much did the drug store pay you? Did they pay you with drugs instead of cash? YG ordering this guy to appear at the press conference to attract attention is just pitiful. Rotten sh*ts."

"If you're going to behave like that, learn how to speak properly first SangGeun, if you're really trying to bring someone down through your articles."

However, it would be wiser for BTS fans to ignore it rather than throwing accusations, as there still isn't any solid proof that Yoon SangGeun was acting on behalf of YG Entertainment, nor has there been any direct evidence that ties him to YG Entertainment.

First of all why are you saving the ass of that pitiful reporter? Throwing accusations? Ok you have a point, but ask yourself and that piece if shit of a rotten man if what he asked to BTS is connected to the real agenda of the conference? Its all about the new album!!! Bullshits!!!! You exchange your dignity over money??? And he said on his profile he want to change people the pre judice etc. But he himself is a like a crab wanting to pull others down to be on top like the agency or entertainment who paid you.… Read more »

Oh, is he that same Korean American journalist?

Author, you're forgetting to mention that Bernard Faucon was tipped off about this "plagiarism" by his friend who has worked with YG before. And that reporter Yoon SangGeun (who writes for YG Life) conveniently broke the story in the middle of Seungri's scandal lol...

Aish..this yoon sang geun ..if i meet him then he will know his lifes worth..how dare he with his ro**en mind try to blame our oppas...aghh???????yg is the worst company i have ever seen..cant manage their artist and staffs plus they try to damage others image too...

Lmao if you read the last paragraph then it may stop you from blaming YG: "However, it would be wiser for BTS fans to ignore it rather than throwing accusations, as there still isn’t any solid proof that Yoon SangGeun was acting on behalf of YG Entertainment, nor has there been any direct evidence that ties him to YG Entertainment". There still isn't solid proof so it would be better to just wait and see the results of the investigation.