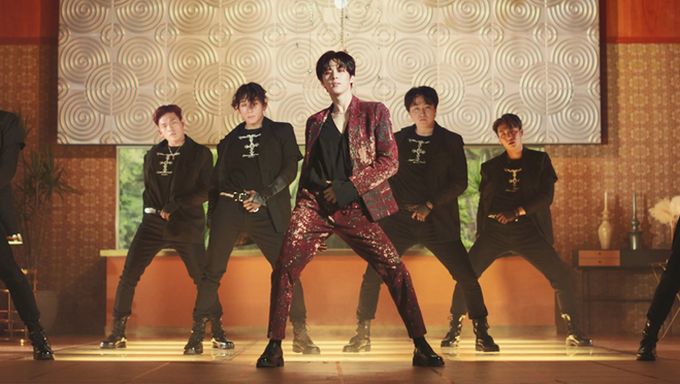 One reason why K-Pop is well liked over the world is because of the diversity it has. Some time, a group can return with a bright and energetic concept and the next thing you know, they are back again with sexy and charismatic concept.

UP10TION's WooShin or better known as Kim WooSeokis debuting as a solo artist on May 25 with "1ST DESIRE [GREED]" and title track 'Red Moon'.

For the past days, he has been teasing his fans, NIA, with various image teasers as well as music video teaser.

On May 22, NIA was shocked in a pleasant way when he had released the 2nd music video teaser of 'Red Moon'. Take a look below if you have yet to do so.

In just 19 seconds, many of his fans mentioned that they had 'died' from how sexy he was. In addition, the choreography for 'Red Moon' appeared to be really seductive.

With that being said, NIA could not wait for the official release of the album on May 25.

Kim WooSeok will be holding an online debut showcase through V-Live on May 25 at 8 PM KST. Make sure to check it out here.

Did you also gasp when you saw the music video teaser?