“Flower Crew: Joseon Marriage Agency” is a drama that interested many from the announcement of the lead actors.

It is a fusion historical drama of the cable channel JTBC. The story is based on the novel of the same title published in 2014 by Kim YiRang. It is also known to be the Joseon version of “Cyrany Agency”, a drama of 2010.

Park JiHoon debuted as part of Wanna One and is now doing well with solo activities. He is one of the lead actors of this drama, the acting-dol debuted as a child actor and have acted in some dramas. His latest one was in 2011.

Kim MinJae and Seo JiHoon are the lead male characters. Kim MinJae acted in various dramas such as “Tempted” (2018). Seo JiHoon is a rising rookie actor, he previously acted in dramas such as “Mama Fairy And The Woodcutter”. The three are well-known for their handsome visuals moreover their age is also quite close as they were born in 1996, 1997, and 1999.

To add to the list of flower boys, Byeon WooSeok, actor, and model of 187 cm, is acting in the drama. He previously acted in “Moon Lovers” (2016) and “Weightlifting Fairy Kim BokJoo” (2016) as minor roles.

Writer: Kim YiRang based on the novel by Kim YiRang

The king meets the Flower Crew – the best matchmakers agency in Joseon –  to transform his first love from a poor background into a precious noblewoman. The king and the Flower Crew risk their lives to protect her. 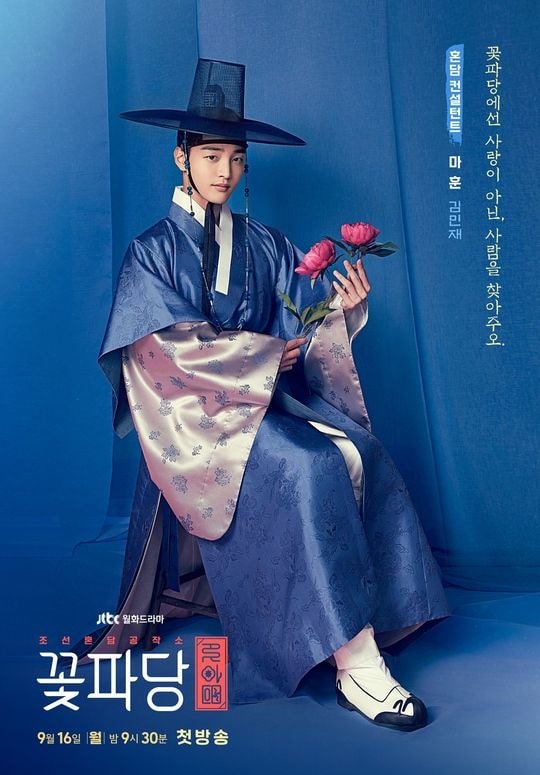 He is in love with the king’s woman.

He is the leader and oldest member of the Flower Crew. He is the first couple matching profiler.

He organizes relationships, marriages, divorce and remarriage, regardless of gender, age and status. He is also the most handsome man in Joseon who boasts the marriage rate by 99%. He searches for the perfect person.

He accepted to have GaeDdong in the Flower Crew. 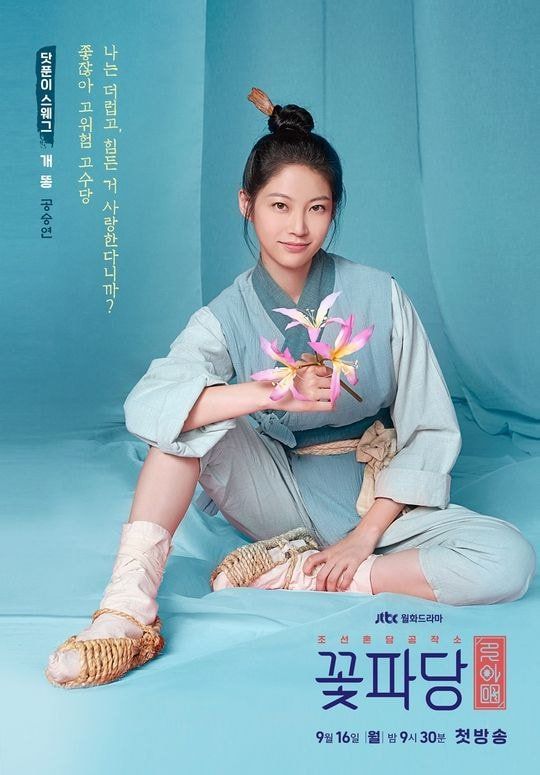 She is an apprentice at the Flower Crew that could be fired sometime soon. She is Joseon Cinderella.

She chooses pants over skirts to be able to survive at the rough market. She prefers to have a [Joseon] man hairstyle rather than a ribbon. She does a lot of type of work such as firewood sticks, carrying rice bags, descale fish and gang fights. She is often misunderstood as a man. That is why people call her GaeDdong.

She got to enter the Flower Crew and her life changed. 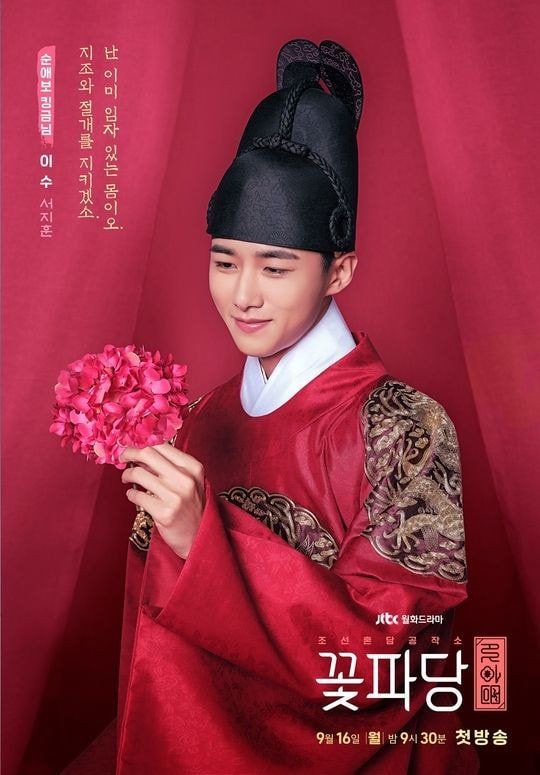 He is the king that risks his life for his first love.

He has been living 23 years as an ordinary blacksmith, one morning all over sudden he became the king regardless of his will. He is having a hard time in the palace. Especially, he doesn’t like to have the palace women pressing him all the time because he has to protect his first love GaeDdong. He wants to love only one woman. There’s a tense tug-of-war going on day and night between the court ladies and the king who tries to keep his virginity.

He is a customer of the Flower Crew. He asked MaHoon to transformed GaeDdong into a precious noblewoman. 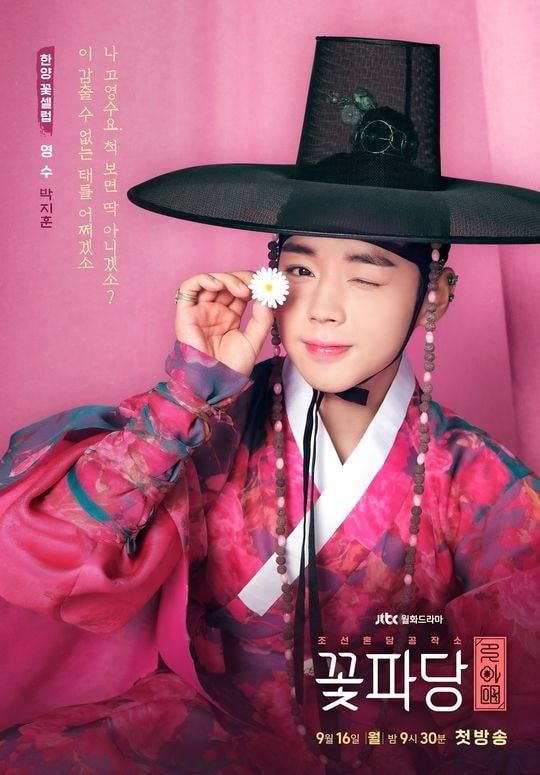 He is Joseon’s first image consultant.

He is also the best fashionista of Joseon and he knows everything about beauty. He makes the city’s capital city become a runway.

He finds the entrance of GaeDdong in the Flower Crew very uncomfortable. He can’t turn ‘man-like’ GaeDdong into a woman.

He has an unspeakable secret. 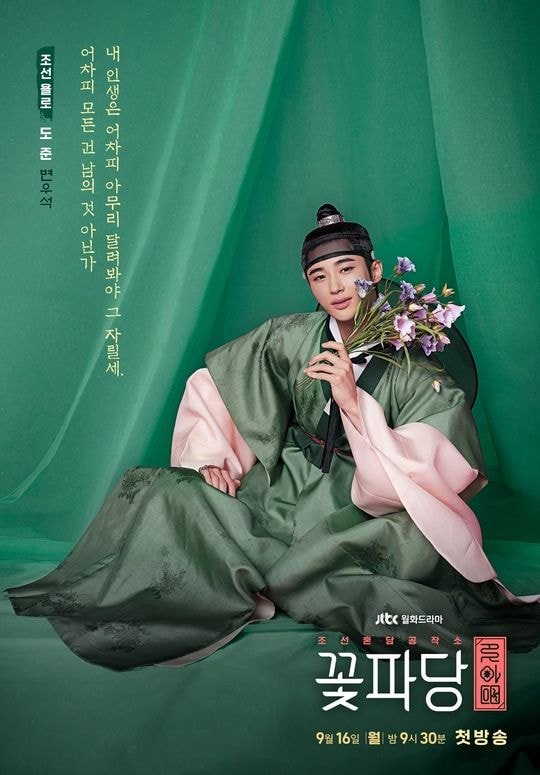 He is part of the Flower Crew as the best informant of HanYang.

He has everything (beauty, personality, brain, and knowledge) however because of his family situation he was not able to make a career.

He loves drinking. He is the first to know about MaHoon’s feelings for GaeDdong. 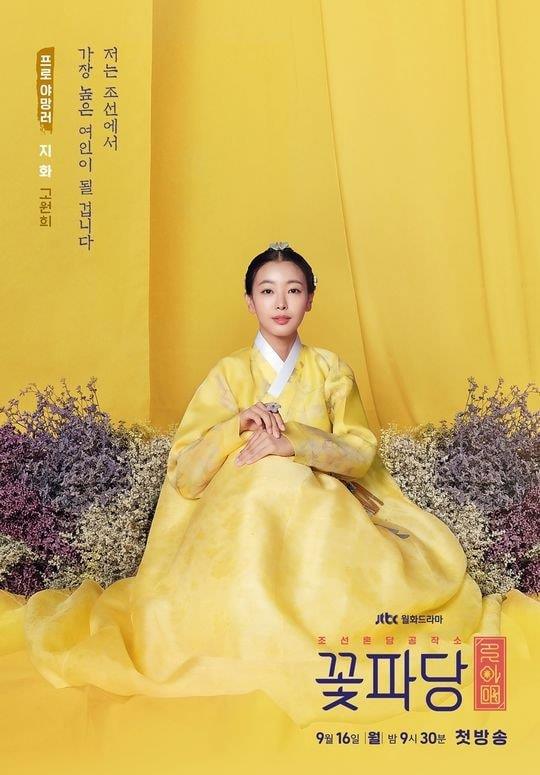 The woman who chooses the best man of Joseon.

She is the only daughter of a noble. She is full of ambition and self-esteem. The man of one of her choice is a playboy.

Here is the first poster.

Here is how the book looks. 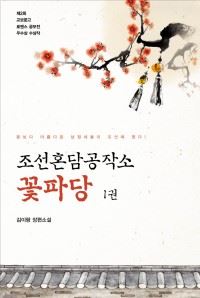 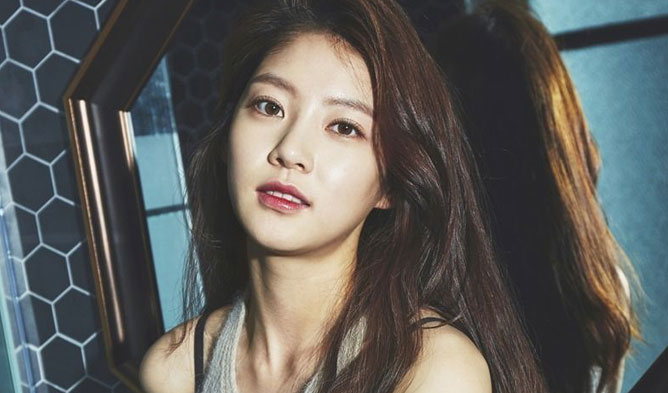 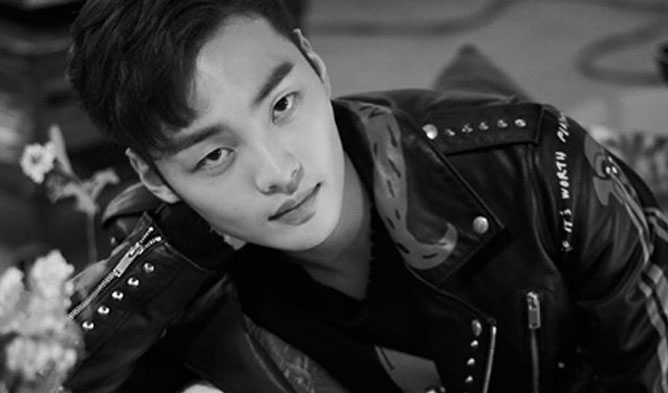 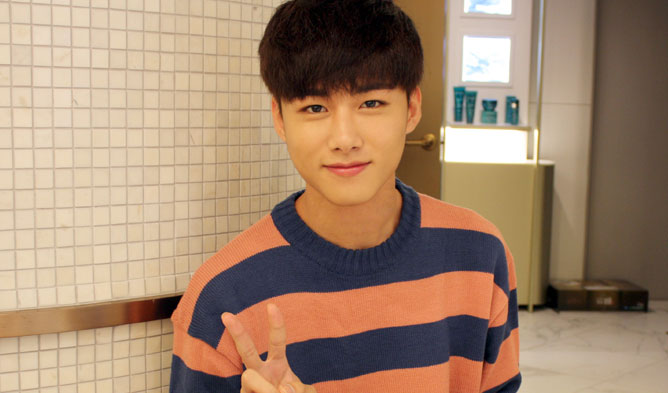 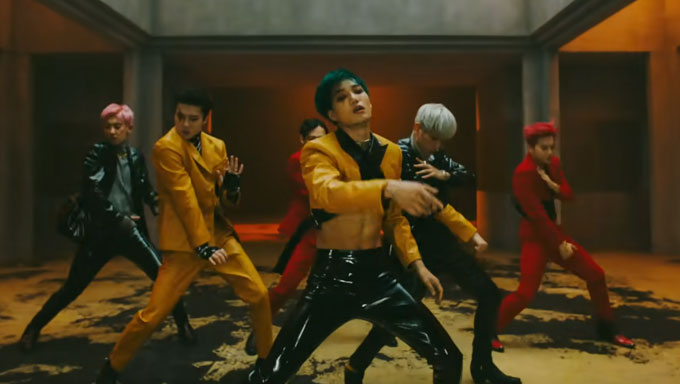 Okay. So the first episode Jihoonie did the “jeojang” while on the second, they danced “Nayana”. This being said, I’m going to watch it until the end.

Park Jihoon I love you I am to excited for this drama❤?