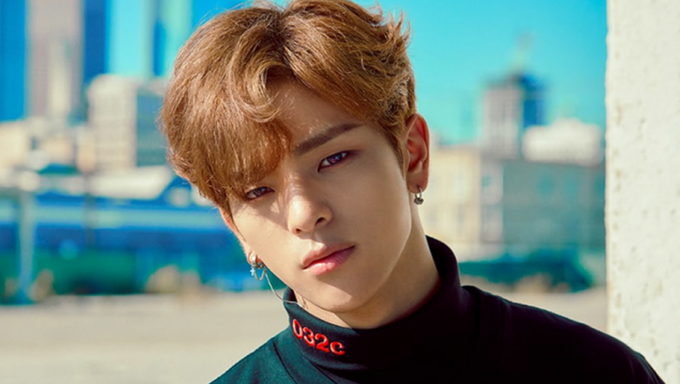 Former Stray Kids member WooJin has recently been making headlines, as there have been accusations thrown against him saying that he had sexually harrassed a few women in the past.

One woman has claimed that he touched her without her consent at a bar. When asked to stop unwanted advances, she claims that WooJin replied by saying he was a famous idol and that he was famous, continually making unwanted advances and physical contact.

At the moment, WooJin has been denying the accusations that have been circulating on social media. 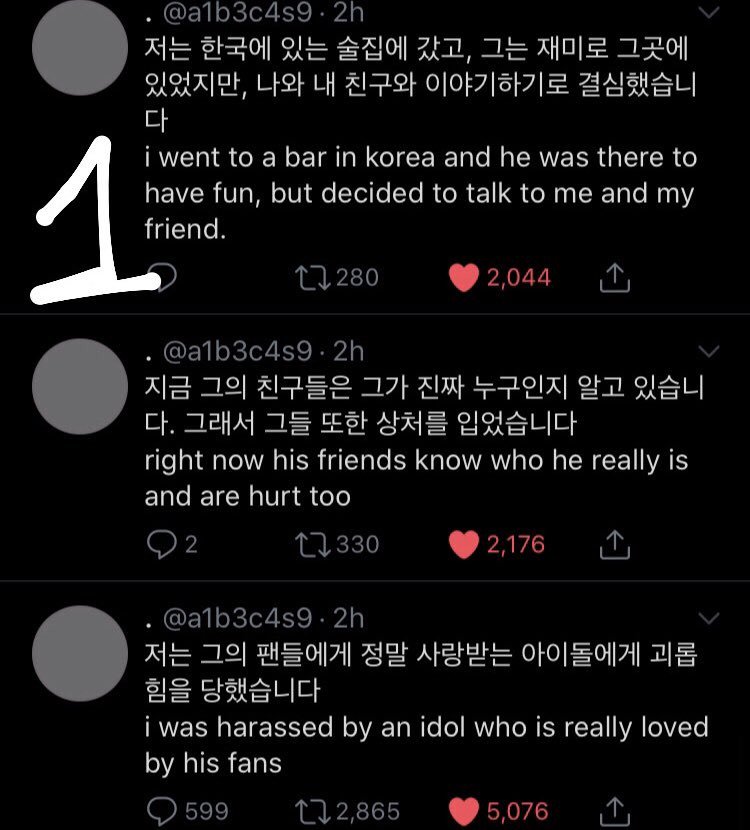 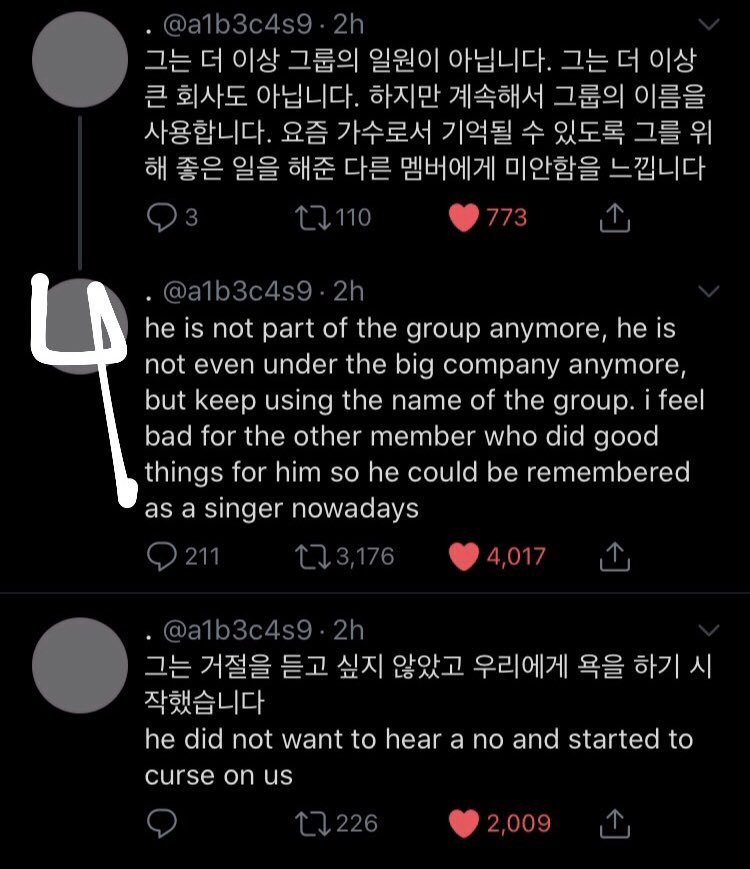 So in case you aren’t aware of who WooJin is, he was actually a member of JYP Entertainment boy group Stray Kids. He debuted with the group back in 2017 and eventually left the group in October of 2019, while the reasons for his departure wasn’t specifically revealed. 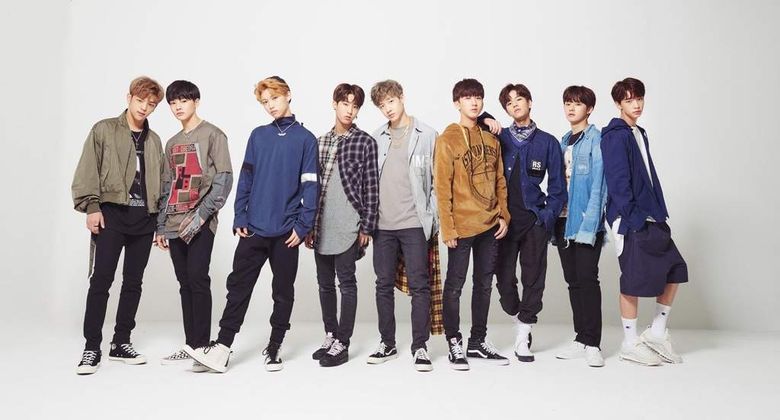 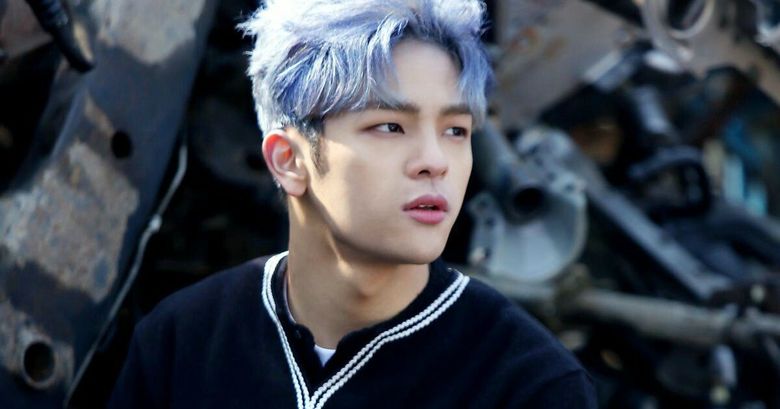 JYP Entertainment at the time only explained that his exclusive contract had been terminated and that he was leaving due to personal circumstances.

Ever since January 2020, WooJin has been actively appearing now and then through the media, expressing his hopes to launch a solo career and hold fan meetings, while also stating he’s been busy working out and writing his own music as well.

But then fast forward a few months later, COVID-19 takes a toll on pretty much every industry all over the world.

It would no doubt come as a big shock to fans at the moment, especially considering the serious nature of the accusations. With the issue on-going at the moment, fans can only hope for that evidence that can clarify everything will come to light.

WooJin has stated that he intends to take legal action upon hearing the accusations. 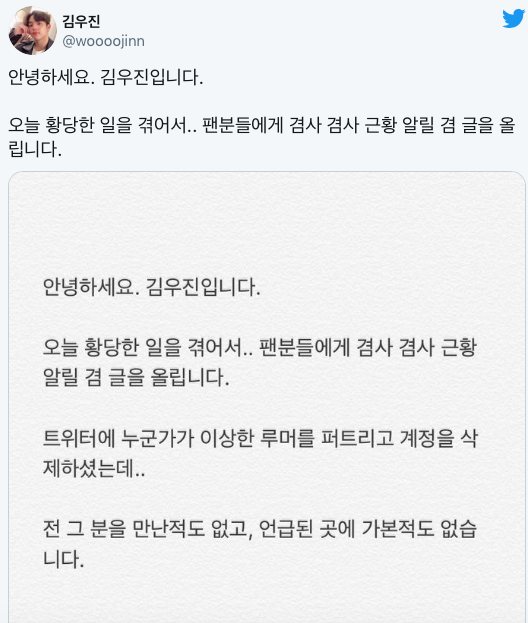 What are your thoughts on the current situation? Became a fan of Kim WooJin

I love all the members even Woojin because I know must or all of stay don't believe him, but I do because I think in life everybody has their rights to speak and say if the situation was true or if it wasn't. So I don't know if the situation is true but I will believe him, and if people want they can hate me as much as they want and I won't care because everyone diserve a second chance in life.

There has been so much news about this and I've seen the skz video evidence. Rn imma call him the suspect here coz like... I love skz so much. Something should be done quick coz stay are gonna make him pay before anyone else does...

there is evidence on YouTube where woojin would always look mad or uninterested in activity's that the others were doing and he would seem to get way to close to the others and jeongin and jisung said that they didnt like how he would get that close or the actions he would do around them. but all im saying is maybe they know the truth i dunno.

A thorough police investigation is the only resolution to this matter. The police will have to subpoena venue camera footage, Witness evidence, Cellphone registration information, Cellphone Tower evidence and so on. This will be the only legal manner to establish the truth and enforce justice. In addition, the police should investigate the alleged physical abuse of band members and why the company, whose responsibility it is to protect their artists, allowed it to continue to happen over a period of time.