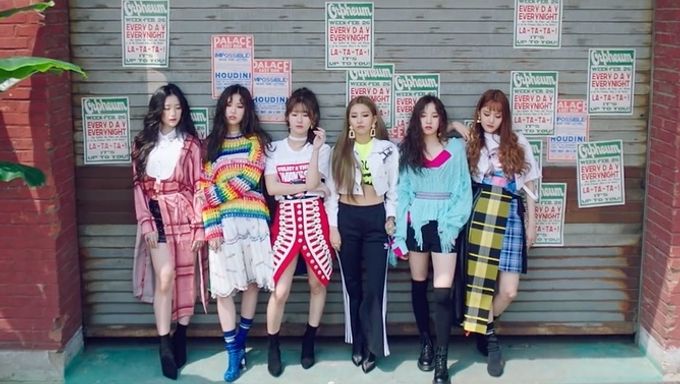 (G)I-DLE, who recently won first place on Show! Champion, is currently receiving one too many criticism and hate from netizens at the moment.

Netizens are currently shocked at how bad the K-Pop idol group is during live performances.

After thanking fans for their support, the K-Pop idol girl group gave an encore performance, without the MR (background music). And netizens felt that what they were hearing was far beyond what they could bear. Many have expressed disappointment in their vocals without the MR as they had higher expectations from them.

"I thought that for once, we had a girl group that actually had talent. I was wrong. So disappointed."

However, fans were quick to defend that one bad performance alone isn't enough to judge the group.

I don't get how this is considered bad for an informal live performance? Miyeon is incredibly stable, soyeon sounds exactly like the recording, soojin and shuhua's only issue is confidence, yuqi and minnie were more stable than I'd expect given the circumstances

I don’t think it’s about only confidence anymore, although she was underprepared at her debut , she had all these years to practice her pronunciation, singing, dancing and stabilize her voice while singing live. I know netizens are harsh to her, but that should ignite her motivation to work harder, but she always choose to sing fewer lines saying it’s her low confidence. She needs to be stronger and grow to become a better singer.

Doesn't look like any of them are wearing in-ear monitors. Probably can't even hear themselves over the music. Reflects badly on the venue and tech team more than anything else.

Are you ALLL DUMBB!?!?!?!?
the reason they sounded so bad was BECAUSE THEY SWITCHED PARTS. In the encore, no one sang/rapped their original parts.... you guys are funny it hurts.....

IS THIS ARTICLE FOR REAL?
THAT GROUP HAS MASSIVE TALENT. ALL OF THE (G)-IDLE MEMBER HAVE GREAT VOICES! wth.

Really they just seemed nervous. The beginning was really weak and so was the dancing. They seemed very nervous and confused for the first half. Dont judge them just from this

they also sound tired from dancing right before
tbh only shuhua sounds weak, the others sound fine

They haven't even been an official gg for a year.. give them a chance because they will improve time. Some members are already good now and will continue to improve. They were not ready to perform since they did not think that they would win, so just support and love them for them to improve

Interesting 😀 they seem to me like they where not expecting to win and also not ready to sing and were quite nervous... I do not know 😀 it later gets a little bit better. BTW, I wonder if KDA POPSTAR on LOL world championship opening ceremony was with background music. It seems like it was not. That would mean, they got better. At least Soyeon and Miyeon.

They've just debuted give them a chance to improve