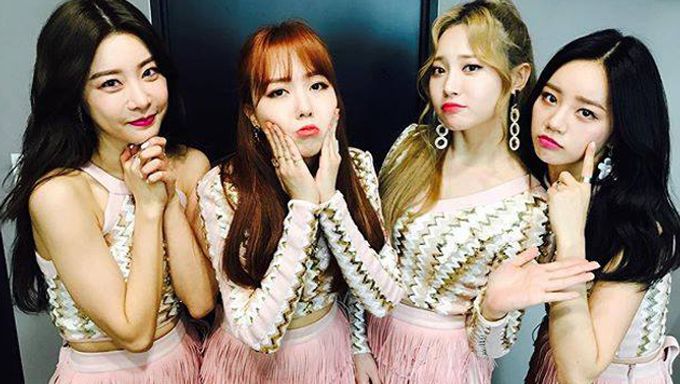 10 years after debuting as a member of Girl's Day, the girls had decided to part their ways with Dream T Entertainment, looking for new agencies to represent them as actresses.

On Jan. 11, it was revealed through Dream T Entertainment that all the members have decided not to renew their contract with the company. As their contract will be coming to an end, the girls have expressed their will to promote as actresses and shared that they will be looking for agencies individually.

SoJin and YuRa have all along been showing their charismatic sides by being active in reality shows and as for HyeRi and MinAh, they have also showed off their acting skills through several dramas. They are hoping to act in the near future.

Although they will not be disbanding as a group, future group promotions are still being discussed and planned.

Girl's Day debuted in 2010 and has hit tracks such as 'Expect', 'Female President' and 'Something'.

Read More : Lai KuanLin To Debut As An Actor In China and Promote As An Idol In Korea