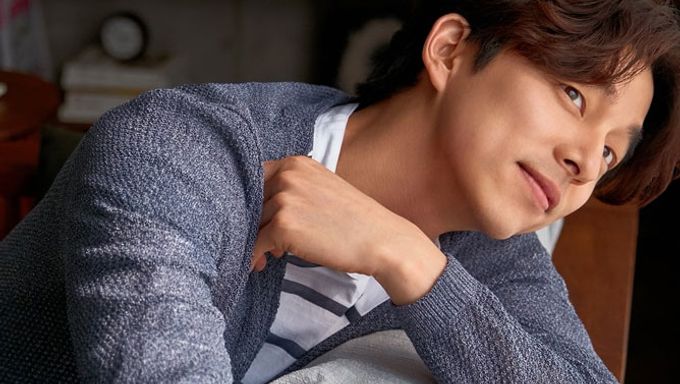 From "The Lonely Shinning Goblin", Gong Yoo has lured our hearts and won't return it though the drama is long over.

Gong Yoo is one of the actors who is capable of acting out diverse genres, not only romance but also action, drama and  historical ones as well. He has an acting style of his own, humorous yet not too deep to get the audience bored. He first gets fans attracted to him by his looks, the tall height, well built body and despite the manly figure, puppy eyes and soft curly hair. He is like the living Greek gods. After fans were lured by his looks, they love him more by his acting. His characters all melted well with his own color as an actor always excites the fans when he is starting a new piece of work.

So, we clearly know why and what is so attractive about him. But do we know, what is he ATTACKED BY.

Gong Yoo: I prefer someone who has a different personality from how one looks. I like a woman who's got boyish style outisde yet having feminine beauty inside. I don't fancy women who are too elegant and ladylike. I prefer jeans over skirt, flats over heel. I also like women who are chill and honest. I think I can't handle women being too cute.