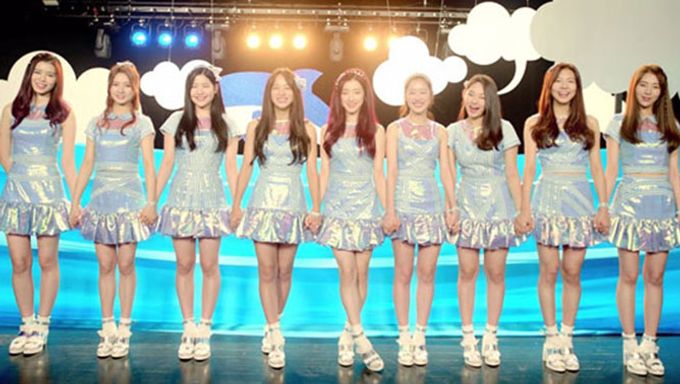 The gugudan girls are holding their first ever fan meeting since their debut!

The gugudan girls will be hosting their "HAPPY 365DAY! - gugudan August Birthday Party" at the Seoul Metro Training Center's Multi-Purpose Hall. The girls will be meeting their fans on August 21st at 3:00 pm KST for the first time.

As much as it is a first time experience for the girls, gugudan are reported to be very excited for the event. gugudan made their debut this past June with their debut album, "ACT.1 The Little Mermaid". Within 2 short months, the girls were able to host their 1st solo fan meeting. As soon as ticketing were open for the date, the show was sold out. This tremendous achievement has farther solidified their title as "Power Rookies".

The first fan meeting will be hosted with the concept of celebrating the August birthdays. Among the 9 girls, SeJeong (August 28th), HyeBin (August 16th) and HyeYeon (August 5th) have birthdays in the closing month. With their individual numbers being 3, 6 and 5, the event had been titled as HAPPY 365DAY! 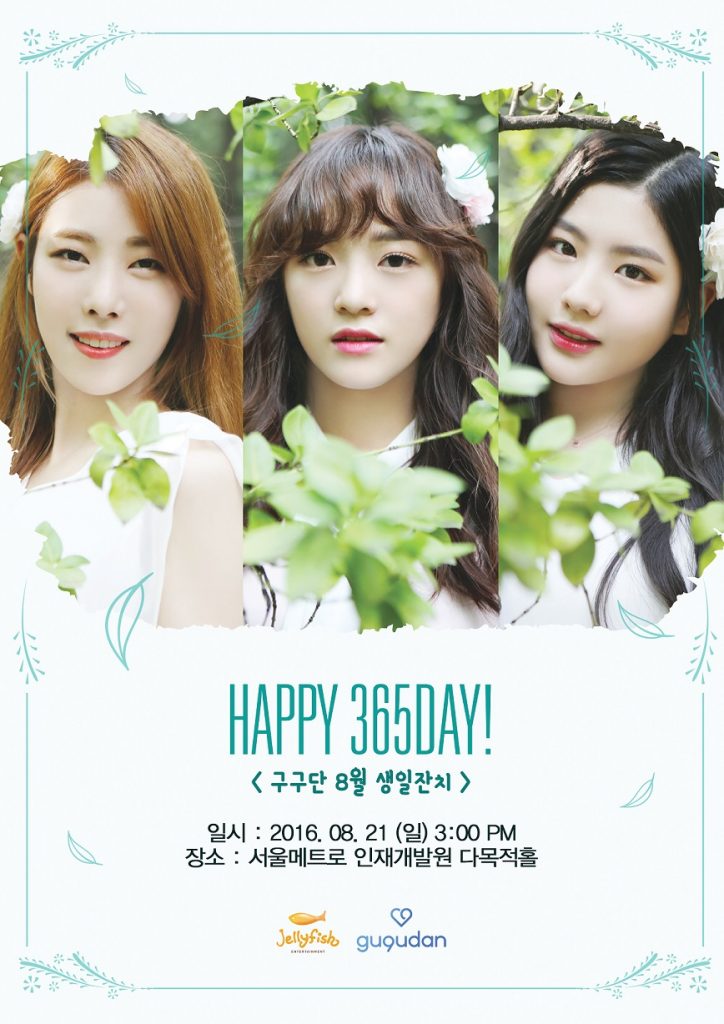 gugudan has expressed their wish to show their fans a deeper side to themselves. So far, they had only been able to meet the fans on stage, so the special time to meet face to face has gotten the idols tremendously excited. The girls plan on getting to know their fans on a personal level with honesty and true reflections of who they are.

gugudan debuted as the 1st girl group to come out of Jellyfish Entertainment. With their debut, the girls had gained much love and attention through their title track, "Wonderland". As fresh new rookies, they even achieved the honor of being a 1st place candidate on music shows.