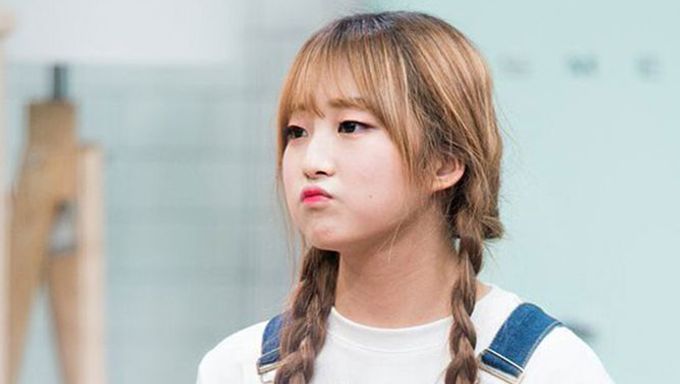 Han HyeRi from "Produce 101" loses her chance to debut right before her eyes once again as OlMangJolMang fails to debut.

According to Star Empire Entertainment, "After a long time of hard discussions, the current official fan cafe and SNS channels of OlMangJolMang and its members' debut, and member recruitment will be temporarily closed for reorganization."

Han HyeRi first gained fame for her petite appearance and cute vocals on Mnet's "Produce 101". However, she was unable to debut as she was only about 2,600 votes away from 11th place, Yoo YeonJung (the last member to debut with I.O.I). Even so, her debut possibility was bright as Star Empire prepared a girl group called OlMangJolMang for HyeRi and 2 other Produce 101 members. The group's debut plans were announced, when news circulated that the label added 2 other trainees to create a 5 member group and various controversies arose. At the end, three of the members had allegedly pulled out and only Han HyeRi and one other "Produce 101" member appeared on Star Empire's New Years greeting.

HyeRi continued on her project to debut through I.B.I and Idol Master KR, and she had even signed on to Star Empire as a label artist, shedding her trainee status. However, news hit just today that OlMangJolMang will be halting their debut plans, leaving HyeRi fans upset once again at their idol losing her chance to debut right before her eyes.