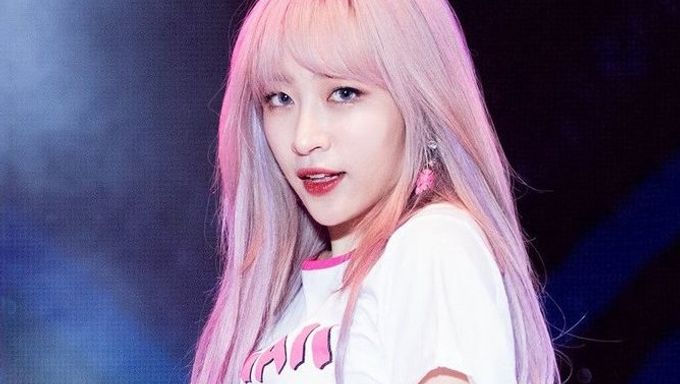 EXID's recent appearance on 'Weekly Idol' has given fans a good laugh as the girl group participated in fun games and talk.

One of the highlights during the episode was them answering questions while being put under the monitoring of a lie detector. This has even caused the girl group to speak out about their complaints that they have with their agency, Banana Culture.

Another question that was asked during the episode was 'Did EXID rise to fame because of Hani?'

Hani answered the question herself by replying "yes". The hosts of the show also agreed with her as they mentioned the fan cam of her performing 'Up & Down' was what sparked the girl group's road to popularity.

However, the lie detector went off, meaning that her answer 'yes' was not what she really thought.

"I meant yes in the sense that it was a sign that we were making noise among the public. But I believe it was all of us who contributed to the rise of EXID.

EXID is not popular anyway.

seriously? I don't know anything related to kpop but strangely enough I stan EXID and I've come to think that they are much more popular among international fans than kfans. I live in Brussels and i can tell you that all the people that i told to listen to EXID actually come to like their songs.

Okay, no hate to Hani or any of the EXID girls but why is Hani so popular. Like she is very talented and beautiful but so are all the other members. I see people talking about her a lot and all the people (online and irl) I know who stan EXID are Hani stans. I understand her appeal but I don't get how she is SO popular. Once again no hate to her but I was just wondering. P.S in case you were wondering my bias is Jeong-hwa and my bias wrecker is LE. (just in case you wanted to… Read more »

She's very smart, athletic, funny, multi talented, and has her head on straight

It's a pity they weren't recognized for their music before, they had lots of bops that flew under the radar and so what that the fancam was the catalyst, we're lucky they didn't disband after Up&Down, it was going to be their last comeback