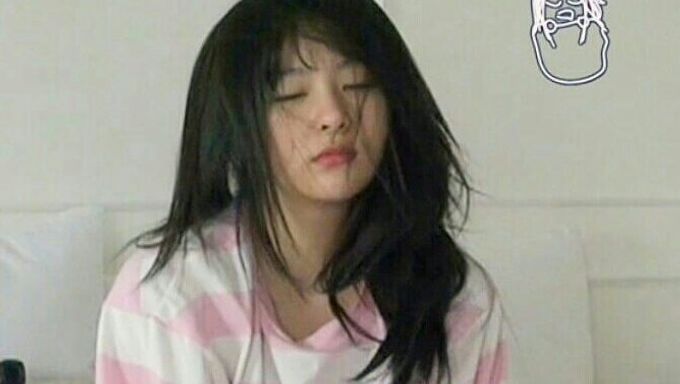 Being a K-Pop idol is no easy task.

Not only do you have to constantly hone your performance skills including vocals and dance, but you also have to take care of yourself much more meticulously than most average people.

In addition, to performances and recording, idols have to attend to other schedules including TV appearances and interviews.

When the spotlight is constantly on you, it's never easy and you're bound to get exhausted at some point down the road.

Below are a few images of K-Pop idols who look quite exhausted from their schedules. 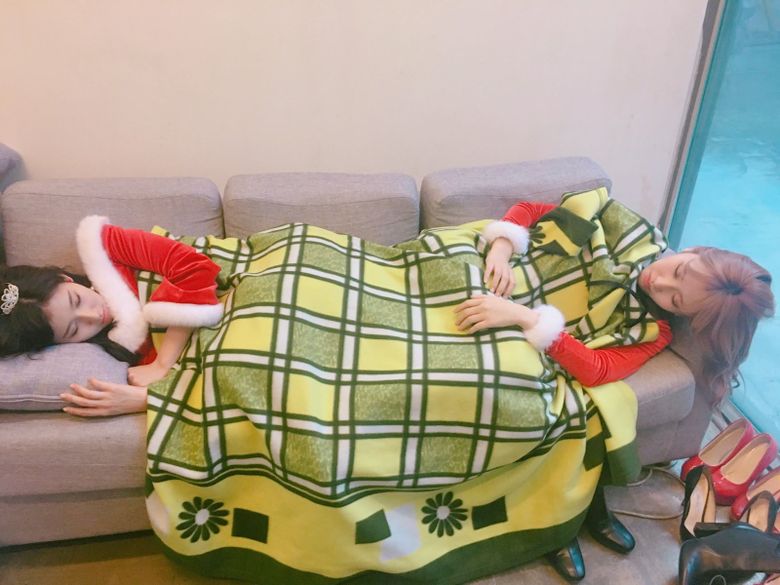 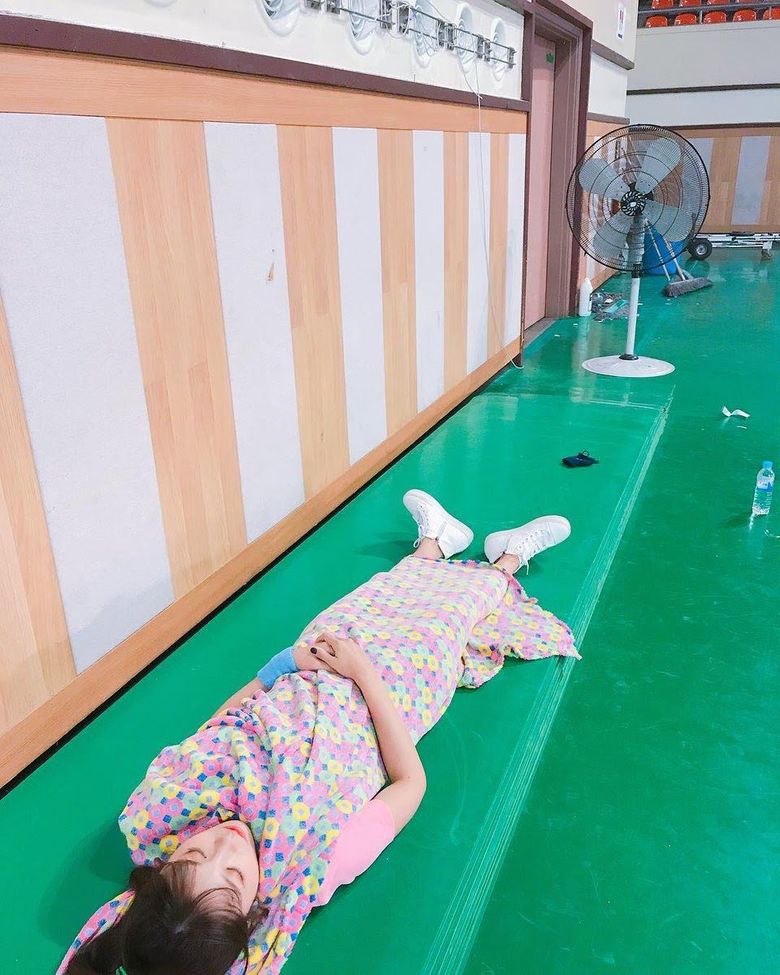 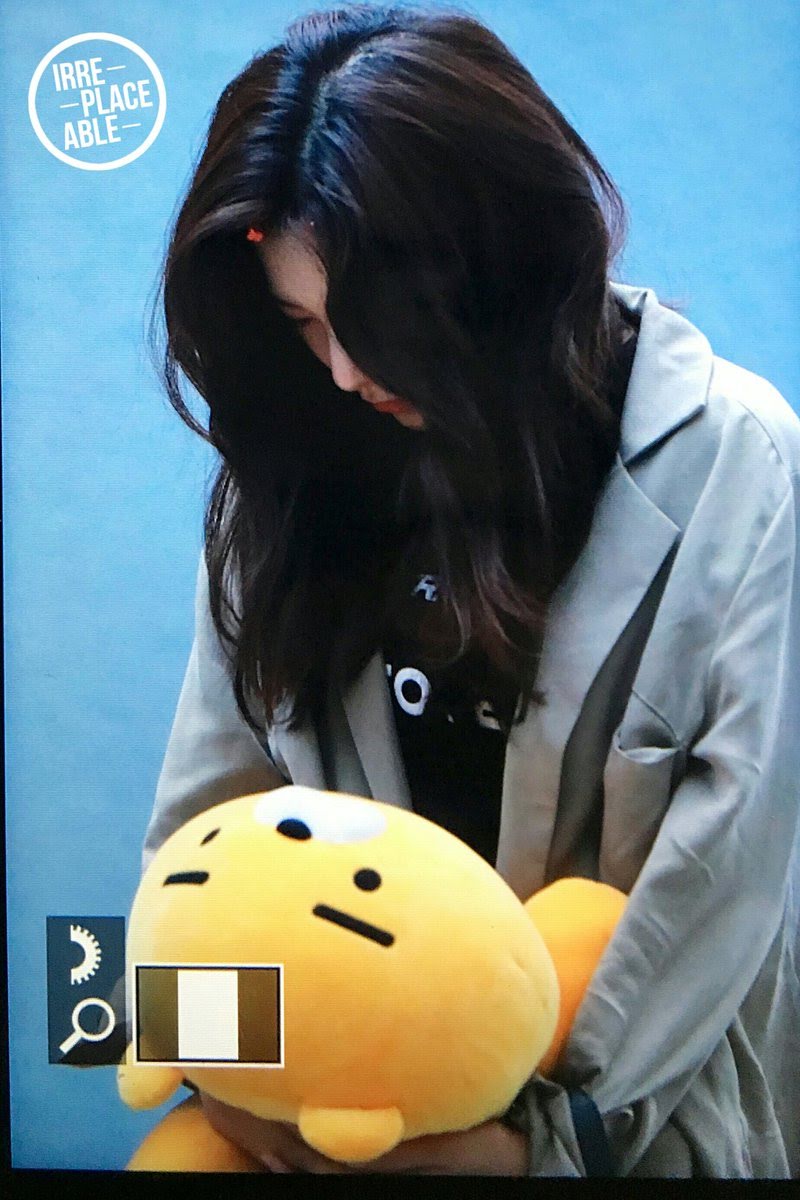 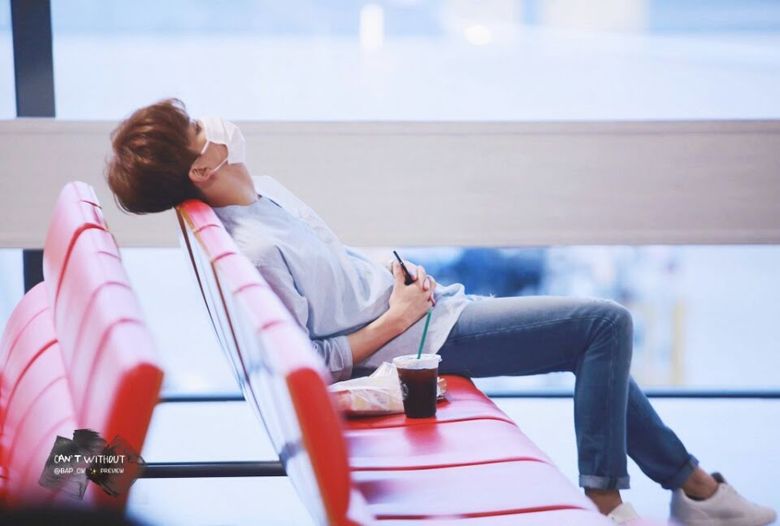 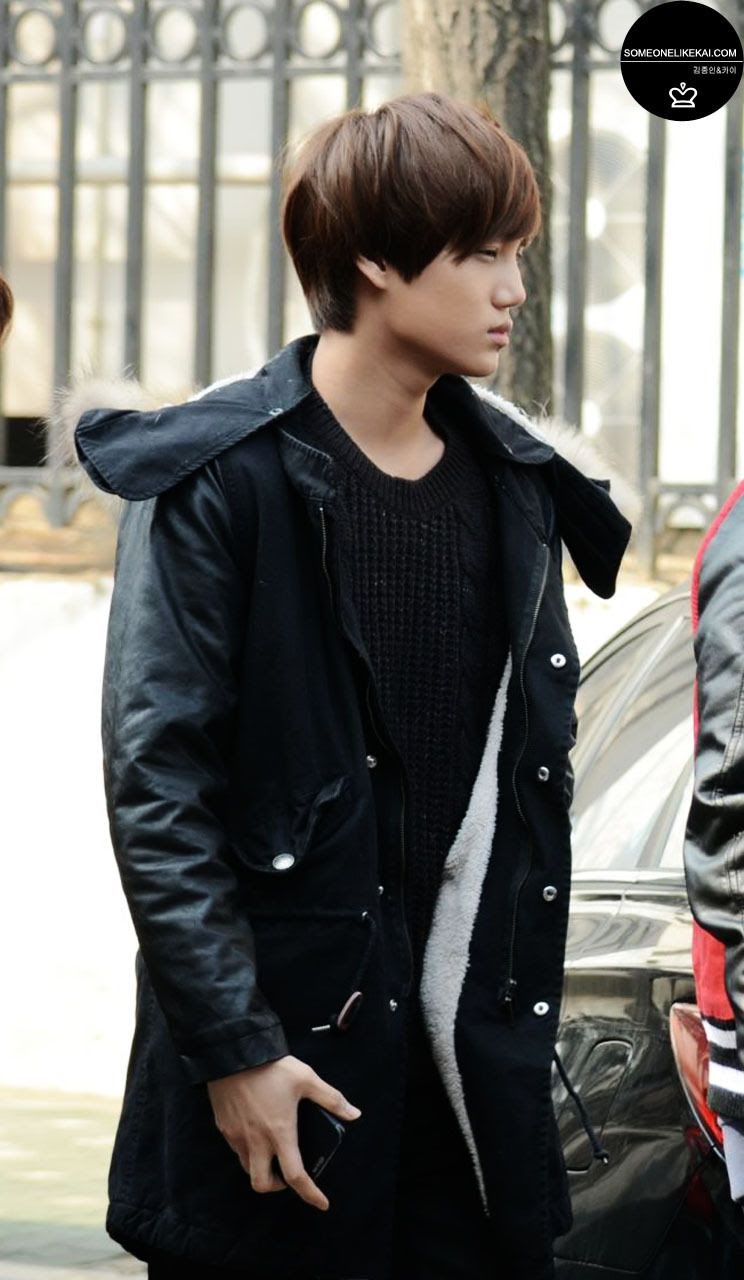 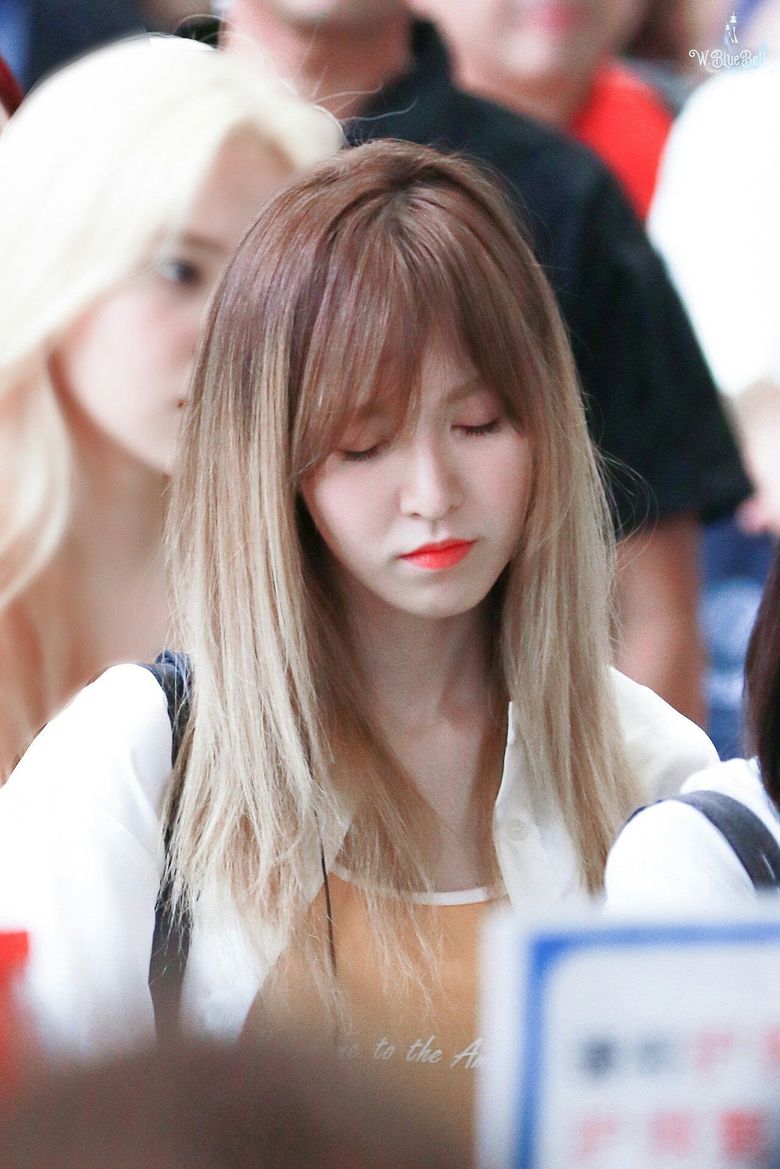 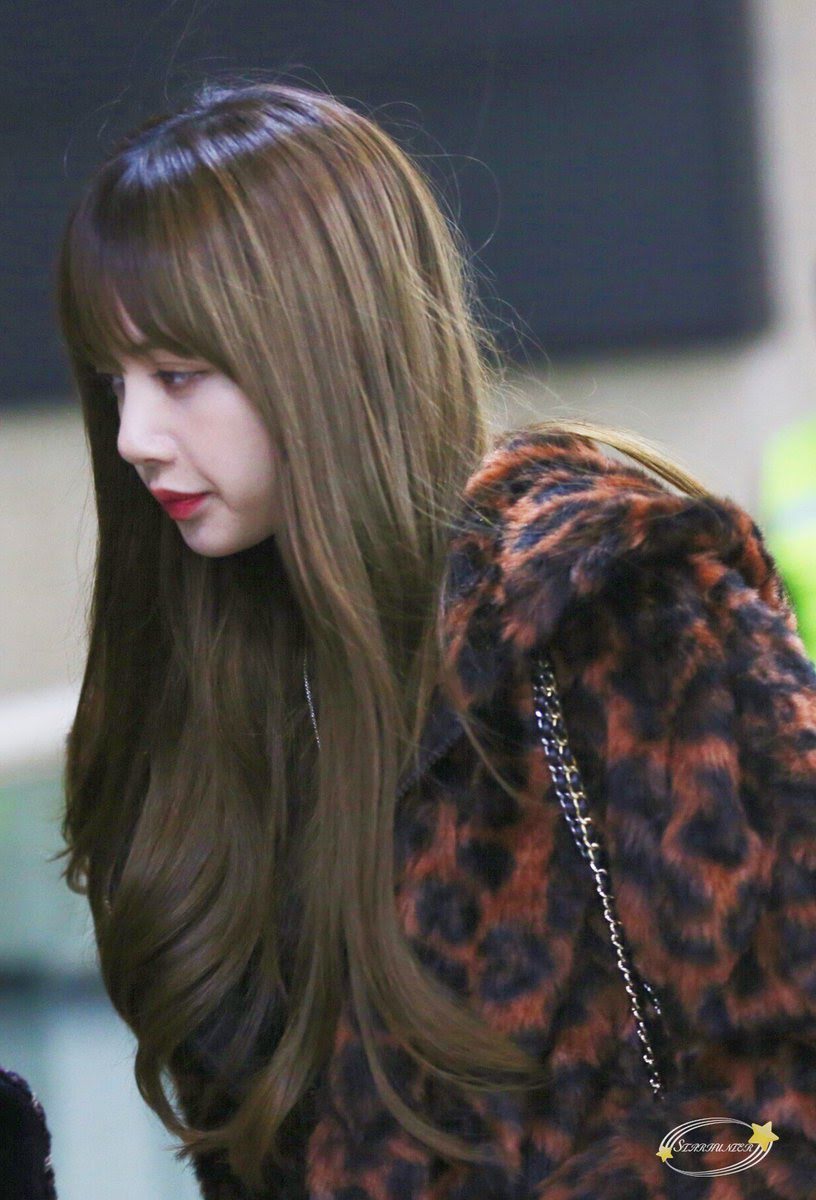 Y'all need to stop being mean people like what they like . Like dang . And I do feel bad for the idols for working hard and people Hatten on them I'm a multi kpop Stan but I like them all just the same but I like jihoon all the but that's not the point .

Y'ALL!!!! CHILL, PLZ!!!! ALL OF THE IDOLS DESERVE THE RECOGNITION FOR HARD WORK!!! HONESTLY, IF YOU ARE A HATER, THEN GET THE HELL OUTTA HERE!!!!

There are too many blinks here...I wish they weren't so...Mean.. I kinda want to ban them from here....

Aww this is heartbreaking. Please can their companies just ease up the stress

it's sad seeing the comments only talk about lisa, the other idols deserve recognition as well 🙁

Member
another Guest
Reply to  Lilo

I love Lisa but you're being bias

WTF why just poor Lisa.....y’all act like she’s the hardest working idol out there when in fact they haven’t done anything for the past year and a half

Honey, no!!! Please, you've done nothing compared to lisa!!!

thats prob their ult bias, go and write down your biases name somewhere else

wow you must eb crazy... they released so much this year ....now do you get why is she tired???

Chill calm down whats your problem? She is human too.

Excuse me she is human being.

WTF!! is wrong with you Lisa actually gets nothing for working hard! YG entertainment always treat her bad and even Rose they get the worst clothes and shoes and other things are you a ANTI KPOP HATER just get out fight maker!

Just people aren't blinks doesn't mean there a Anti Kpop hater. so you shouldn't be mad.And other Idols deserve recognition too

I mean just because people aren't blinks doesn't mean there a Anti Kpop hater. so you shouldn't be mad.And other Idols deserve recognition too

Yes bro chill. Even though they haven’t been doing a lot, they still work their asses off preparing for their comeback. So yes. POOR Lisa

I'm heartbroken to see Lisa, one of my biases exhausted ?

me too! she doesn't get treated well and I'm so so so sad! even rose

wow! being a kpop idol is hard

yes i agree, especially for the foreigners like lisa

And most people don't appreciate. They still ridicule and badmouth them. They're sha better than thieves.. Fighting!?

No definitely not like other jobs - professional jobs might have some overtime, but these idols have been training since they were 13 non-stop. What professional job makes their employees stay below 100 pounds for girls and makes them train for 12 hours a day? I know that some idols can't handle it anymore. Some die. Sulli, Jonghyun, Goo Hara, all of these idols show that the kpop industry is too much for anyone. Passing out cold on stage is a common occurance in kpop. I assure you, it is not anything like a normal professional job.

Yea too bad these k-pop fags didn’t have any other options in life but to be an idol.

You're such a fool are you even sure you have a brain why are you being a hater if all you got to say is shit then get the f**ck out!!!

Something even your mom wouldn't have done, you just jealous because they aren't calling you "poor person" LIKE WTH MAN, more succesfull than you being alive XP

Lmao they have worked harder than you ever have in your entire life. They are better than you in every way. So don't put them down when you're gonna work at mc donalds for a living

When wanting your dream to come true you have to work hard and make it true and you they choose to be and its not an opinion.

Pressed much? If anything, you're a fag because you say things that can affect someone. You're a fag because you don't have a life, and that you're not important and/or relevant. They CHOSE to be an idol, that's not the ONLY occupation in Korea. Just shut tf up if you have nothing relevant or positive to say. Thanks, have a shitty day ??

Woah girl, got get em

Oop, not wrong tho lol

I know being a Kpop idol is hard and exhausting. Im a Once, so i support TWICE ANGELS as much as possible through buying as much of their merch as possible. To show them that i love them and to let them know that their hard work is appreciated. And yes TWICE OWN MY BANK ACCOUNT. ?

Lol get a life

calm down ppl... PLEASE!!!YOU ALL ARE BEING MEAN

Lol go fuck yourself, basically go do what you're good at you crusty dusty ugly fat virgin ?

maybe u should get a life if all you do is come into k pop articles just to hate.

Didn't this come from koreaboo first

Hey it's kpop idols looking as exhausted as I am by life because we're all human and lots of people work hard. ❤

they have to:
1. sing
2. dance
3. write songs
and more how could they not be tired! Lisa is very tired she is supposed to be she's the best at everything!

No good can come from working people so hard.There is always a price to pay.

So sorry to see this pics. Working that hard is not good for the mind or the body. They have busy schedules, but they should always try to rest. We all know practice makes perfect, but we all also know you can't do your best when you are so exhausted. We thank you for your hard work, but please take it easy. ??

Any job that takes a lot of commitment will make you tired. It is only natural. Even if a grocery Clark was recorded all day, surely we would catch them nodding off. Just like most people, they do need rest. But I would not call it heartbreaking, as everyone works hard for their goals.

Working hard for a career is expected but physical and mental abuse is not. Reasonable hours for a reasonable pay is to be expected as I am sure the companies expecting the very unreasonable conditions are making money from these actors, actresses and musicians. These aspiring young people do these jobs because they wanted to be in the entertainment industry I am sure but this doesn’t mean they should be treated by their companies as fodder until they break and replace them with someone new. The public should not ridicule them for their choices or compare them to o5her occupations… Read more »

yeah, but it's not about hospitals XP it's about k-pop idols, girl i-

But you aren't practicing dancing and singing for over 16 hours every day pre debut and probably around 10 hours after and which probably requires much more energy. Then you also have a packed schedule after that and are expected to look perfect and have as much energy as if you just woke up. For example, BTS practices from around 5-10 hours every day and before it was 12-15 hours every day because it takes around 1 million hours of practice to have perfect choreography. RM once danced with a bloody nose from added jet lag, stress, and constant hustle.… Read more »

shes a freaking doctor or nurse, she's saving lives, don't compare an idol schedule to someone who works in the medical field it's way more tiring and heartbreaking because they see many people take there last breath and all, and yes i do understand how hard and tiring it is for idols and to be judge for everything they do and strick diets but we can't do anything about the beauty standards in Korea, the idols know that they have to work hard in order to live out there dreams and somedays there's gonna be tiring and stressful days it's… Read more »

See, its not just how many hours they work. Doctors have it extremely hard yes. But they have an extremely strict diet, many/most girl idols in kpop are under 100 pounds. On top of which they are asked to practice for 12 hours a day sometimes. Passing out cold on stage is common. Both professions are very hard, but in different ways.

Um as a grocery clerk compared to an idol, you're not working every single day, performing day and night, or having guest appearances on tv interviews and variety shows.

But they still saved some people from depression, unlike doctors... go talk about doctors somewhere else

So its either SM, JYP or YG

They're all exhausted because of hectic schedules but here are some bashers who are always looking for some K-pop's lapses or actresses in general... I'm disappointed of those bashers who can't just appreciate them... More love for everyone please...