Hwang MinHyun & Ha SungWoon Regret This Mixup In The Past 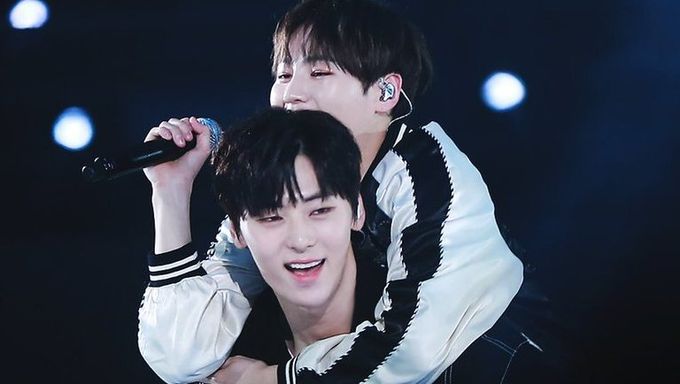 Hwang MinHyun (NU'EST) and Ha SungWoon (HOSHOT) are naturally close friends as both used to be former members of Wanna One.

During their days as Wanna One members, they lived together inside a dorm.

And with so many guys living in one dorm, a mixup between personal items was bound to happen at some point down the road. It turns out that their manager brought some toothbrushes for the group members.

The toothbrushes happened to all be the same ones, only differing in color.

Hwang MinHyun stated that SungWoon's was the red toothbrush.

And he found his grey toothbrush wet for some reason. He assumed that Ha SungWoon must've caused it to drop while taking a shower or something.

He thought to himself that it probably wasn't likely that they mixed toothbrushes up, and decided to brush away with the toothbrush that he knew was his.

The next day, it was wet again!

Maybe Hwang MinHyun should have followed his other gut instinct telling him that Ha SungWoon might have mistaken the toothbrush as his instead.

He told Ha SungWoon about it, but then SungWoon replied back asking:

So it turns out that they've shared a toothbrush for a couple of days. And here's the part where Hwang MinHyun revealed the most unfortunate bit of information. He knew that Ha SungWoon was very thorough when using the toothbrush to clean his tongue.

You can already guess how the two of them felt realizing the unfortunate yet hilarious mixup.