On March 12th, YG Entertainment announced that Lee JongSuk will play the lead role of the drama "Hymn of Death" (SBS 2018). The rest of the main cast also has been confirmed. Producer Park Soo-jin of 'While You Were Sleeping' (SBS 2016-2017) will be in charge of this new drama based in Korea 1920's and on a true story.

A genius playwright, a scholar that loves English literature. His father is a poor village man.

"If only I didn't know SimDeok, even if I knew her it would have been better to not love her. She deeply understands my literature, she comforts my dark abyss, she cries at my despair with me, she is my only partner in this world. However, she is a mirage that I will never have in reality. She is my ideal and the reality is that I'm only looking at her. When she is crying in front of me, "I love you", "I love you", I can only repeat that. There is nothing except words that I can do for her."

"SimDeok is to me hope and despair."

Korea's first soprano and writer of the song 'Hymn of Death'.

"I never thought of becoming WooJin's wife. I knew that this position was not mine from the start. However, I wanted to talk to him while looking at him and walked with him while holding his warm hands. It did not take me much time to realize my greed. But even if I realized it, it doesn't make love disappear. I ran away from him by painfully reminding myself that I have parents to support and younger siblings to educate. However, when I met WooJin again, I realized this. From the start, that I have never been away from him. I never expected anything from him but he keeps saying sorry because he cannot do something for me. I really don't expect anything."

"If only I am next to WooJin, I have nothing more to hope for."

A close friend of Kim WooJin and Yun SimDeok. He is in love with SimDeok but he realized that WooJin has feelings for her so he tries to stop his feelings. Knowing that their relationship is painful, he advised her to stop her feelings.

Lee JongSuk decided to be part of the project without guarantee payment.

Koreans like those historical figures as there are already a movie (1991) and a musical about those. According to historical facts, Kim WooJin was a married man with a kid that is why Hang NamPa tried to stop SimDeok from loving him.

Here is the poster of a musical on the same characters to give you one more idea about the vibe of the drama. 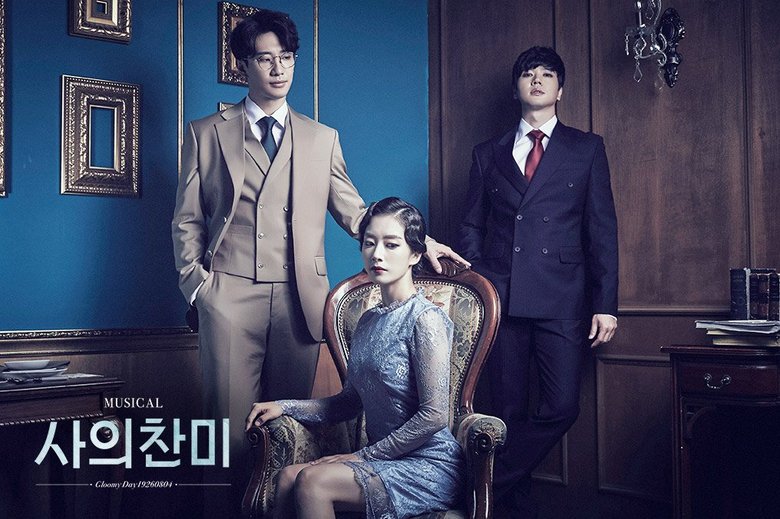 Read More : Hint Of Suicide Is Already Creating An Tragic Atmosphere For First Episode Of “Hymn Of Death”

Read More : Lee JongSuk’s Heartbreaking Scene Got Viewers About To Cry In Episode 2 Of “Hymn Of Death”

what is the song called with the flute?

Peony root, you will have to search it in Korean to be able to find it. All bgms are appealing in this show.

when they are going to announce the broadcast date?! Im so impatient. It might be Lee Jongsuk last drama before army 🙁