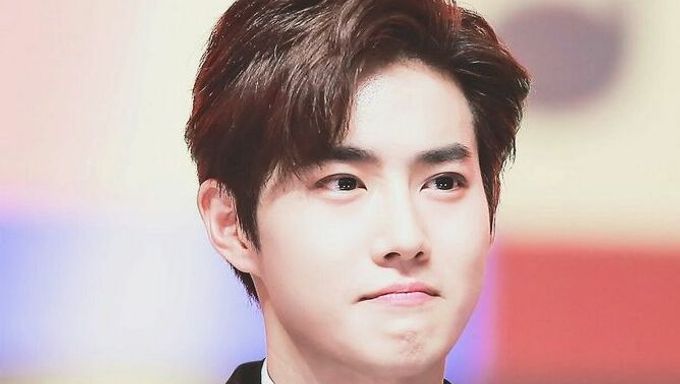 Suhana Khan, the daughter of Indian actor Shah Rukh Khan, is quite the star herself.

In fact, she has so many fans that there are fan accounts of the girl. One of the fan account recently had a question and answer session with the followers. Whether the followers were aware that the account belonged to a fan and not actually to Suhana Khan is still a mystery.

And the question and answer session caused K-Pop idol SuHo (EXO) to make headlines all over the Indian media.

However, a lot of people, including Indian news agencies didn't seem to know that the account was a fan account, and thought that the real Suhana Khan gave the answer. But even fake news is great news, at least for EXO fans in this case anyways.

Aww this is kind of funny but I feel bad for Suhana. I'm indian myself, and an avid Bollywood fan too. I feel bad for EXO stans. This is the first time my two different worlds meet, though it could've been better ._.""
(Shah Rukh is a great actor btw not including politics behind him.)
Indian News isn't that great, and there are only certain ones that you can find to be not too biased. I know from personal experience. However, they may also want to dramatize everything cause they are used to doing that for social problem. Who knows?

omg this is just pure absurd bull crap. first of all, the indian media's credibility just plummeted for spreading fake news. second, suhana khan should sue the fan for impersonating her. and speaking of the fan, what a loser. cant be a star so has to pretend to be someone else who is famous on social media. third if this was the other way around, someone impersonating exo suho, exo fans would be flipping out by now demanding answers and spreading hate. they're only laughing because it's suho who just got the attention all because of one dumb fan who… Read more »

first point is true. 2nd point shes a fan and answered the question just how she likes it. dont fans from other fandom do it or is because the said fan is an EXOL that you targeted her. its not her fault that the media created a news out of her answer. 3rd point... you are targeting EXOLs as if all of them are brainless keyboard happy bots. whats wrong in being a fan. Judging from the amount of dislike and generalisation you spewed it seems more like you yourself are form another EXO hating fandom. losers in real life.… Read more »

Actually, India's social media is a big problem these days. They believe everything so easily that even innocent people have been murdered. Just check out the BBC World News in 2018.

I get ur point . But u saying all Exo fans are toxic and losers in real life , that's harsh . I get it , immature fans r the worst but every grp has their own share of stupid fans . Even a fan like me is disgusted by some fans . I'd like it if u won't generalized every fans due to the bad ones . My opinion doesn't have anth to do with the matter of Suhana . The thing with the fan acc was awful . I just don't want everyone looking at ALL Exo Ls… Read more »

LOL. Tbh, what you said is somewhat harsh, but I agree. Especially the third point. But , I wonder how the real Suhana feels about someone pretending to be her and having a Q&A time