Is The Statement Made By Jae of DAY6 Really Controversial? 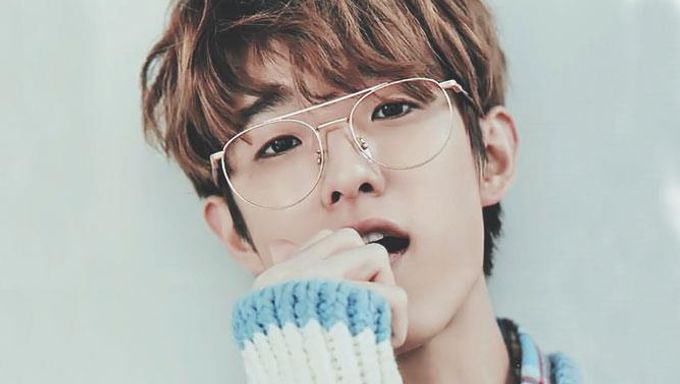 DAY6 member Jae has apparently triggered K-netizens with his recent statement about taking a girl out to McDonald's while on a date during an interview with DJ Bernard Park.

K-netizens got the impression that he was encouraging men to carry out gold-digger screening tests. Many netizens have stated, "From what he said, it makes all women look as if they're gold diggers."

Jae said during the interview that he had to check if the girl would be worthy of having a $300 dinner date by first seeing how the date goes on a $5.00 dinner date.

The statement can be heard around starting at 6:16 below.

Moments after, he released a letter of apology.

But while on top of continuously receiving criticism over his statement even after his sincere apology, K-netizens also began to make fun of his apology written in Korean as there were a few grammar mistakes.

Is Jae's statement really controversial? Is a testing one's character an act to be criticized and shamed? Are K-netizens over-reacting? Feel free to share your thoughts below in the comment section!

Read More : The Photo Of A K-Pop Idol That Caused One Hell Of An Argument Among K-Netizens Became a fan of Jae

K-netizens always go overboard. Come on all idols are human they are not perfect they are bound to make mistakes. If 1 of their mistake make the fan curse and criticise the idol. What kind of a fan are you?

what Jae said is not offensive. K-netizens are overreacting as always. They must understand that Jae grew up in a different environment and taking somebody to McDonald's not a big deal for him. For me, what Jae said is just being fair. If you're going on a first date, you shouldn't spend too much. That's very impractical.

K-nets are obviously defined & driven by social class (money, status, fame, etc) especially those who were born & bred locally, thus taking offense on Jae's opinion, who, although Korean in ethnicity, is American in thought & way of life. What's the big deal if you date takes you to McD's or a hole-in-the-wall, as long as you enjoyed yourselves.

I don’t see how people can’t make such a big deal out of this. He’s apologised and people make fun of it because there was grammar mistakes. There’s bigger issues in the world than testing to see if someone’s worthy of a $300 date. He might be doing it because of a bad experience in his past. It really annoys me how people are judging him. It’s not controversial at all. It’s his choice who he dates and wether he tests to see if their committed and not just there for his money. He in no way said that all… Read more »

I don't understand why it's such a big deal. I've never been on a date but if a guy took me to mcdonalds and we had a great time I'd be so happy compared to getting all dolled up to go to some fancy place to eat food I probably can't pronounce (or afford). Also, Why would you drop that much money on a first date? Wouldn't you barely know the person? If we're dropping $300 it's not on dinner, it's on a fun day trip, but not for a first date.

K-netizens need to clam down honestly. what he said is not controversial what’s so ever. He should not be getting any back lash for what he said. He’s just saying if a girl can really cherish a date or anything he gives her such as Time and objects no matter if it’s $5 or $100000 than she’s a girl who loves him for who he is and not his money. I see nothing wrong with this at all. And for him to apologize for what he said is just really dumb. He shouldn’t have to apologize for saying something so… Read more »

Honestly, I don't know why everyone always blows up at an idol for no reason. What he said isn't implying that every girl is a gold digger he was just saying that if a woman is happy going with him to a cheap place than it means she actually likes him and lets him know that spending money on her is okay. Also, excuse me he didn't live in Korea he spoke English his whole life give him a break omg.

He isn't saying all girls are gold diggers. He's just trying to say that if a girl is happy going out with you to McDonald's she's a keeper in the long run because she won't use up all his lobster money. He isn't rich. So if she's after money she can leave XD

Oh my gosh. Grammar mistakes aren’t that bad. At least he apologized. Also, what’s the big deal? It’s like if I said “A lot of girls at my college (say, probably don’t) believe in unicorns.” And somebody said back to me “Oh, so your saying that all girls believe in unicorns? I can’t believe your being sexist to your own gender.” It just is stupid!

what jae said is completely fair. i wouldnt be willing to spend a lot of money on a first date, especially if i were famous.

Yeah, I would do the same thing to make sure he ain't a gold digger

not just this time, but K-netizens 'ALWAYS' over-reacting

You got that right.