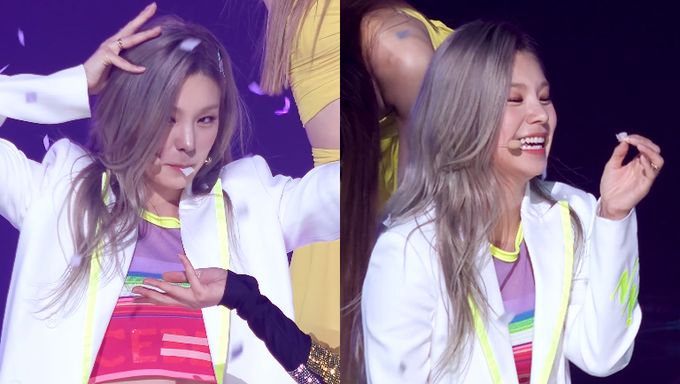 Have you been listening to the fun and addictive song of ITZY, 'WANNABE'?

If you have, you would also agree that their choreography is definitely complicated and difficult! With that being said, it is amazing to see that the members of ITZY are able to pull off the live music shows.

On Mar. 22 when ITZY headed to SBS "Inkigayo", a focus video of leader YeJi was uploaded online during one of the filming.

That was when fans and netizens noticed a part where YeJi was really adorable!

At the end of the song, YeJi was posing coolly for the camera. However, a confetti had also fell onto her lips and it would not go away!

YeJi was seen trying her best to control her laughter as well as blow the confetti away but was not able to succeed. In the end, she burst into laughter after the camera had stopped rolling.

Fans who had seen the moment thought that it was a very torturous moment for YeJi as it seemed as if the confetti would get into her mouth. Some also talked about how it was a rather dangerous moment as the confetti might had caused breathing problem if entered too deeply. Previously, SEVENTEEN's MinGyu was also noted for his professionalism when a confetti had fell into his mouth.

Nonetheless, it was lucky to see that the confetti did not affect YeJi greatly and how YeJi was able to handle the situation coolly too. 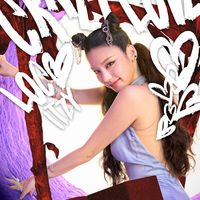