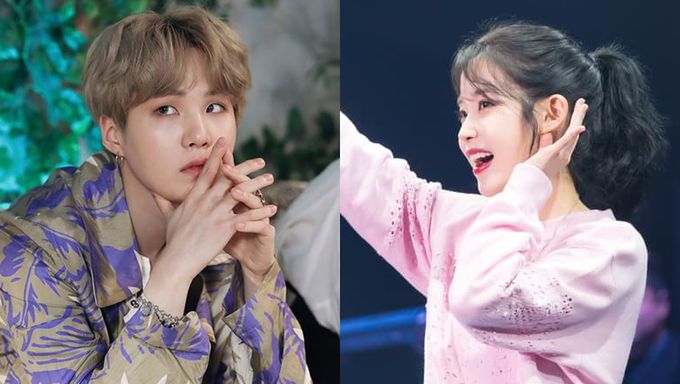 IUwill be making a surprise comeback in May!

On Apr. 27, it was announced through IU's agency, EDAM Entertainment, that IU will be releasing a digital single on May 6. It has been 6 months since IU had released her 5th mini album "Love Poem" back in November 2019.

Currently, IU had already completed filming for the music video.

Aside from comeback, another reason why almost everyone is excited for her return is because of the fact that she has worked with BTS's Suga for this particular single.

Many are anticipating for the release of the music as it was said that the two had come with something different from their usual music which they have been producing. Both of them are known for their producing skills as they had worked with various artists and musicians.

With IU's impending comeback, fans could not wait for the day of the digital release to arrive.

Are you excited for the meeting of this two artists?

I am making a good pay from home 1900 Buckets/week, that is brilliant, beneath a year agone

i used to be unemployed amid a monstrous economy. I pass on God consistently i used to be

invested these bearings, and at present, I should pay it forward and impart it to

They're the reason why LGBT is so rampant in South Korea. JHope, Jimin, and RM are the ugliest and weirdest faces in the industry despite having numerous face surgery lmao.

non of BTS members are ugly you are ugly and you are saying bad words to them STOP that!

do you think BTS need to ride on IU popularity..... you must Have been living under a rock to think that!!! you say they are Faggots....where did you here that i have never heard them saying or did the company releasing any statements....you talk about face surgeries LMAO.. you are so expert in identifying people with surgeries DID you get your face done tOO you should make a career out of it !!! how about you get your life done tooo ??? it would be a great contribution to clensen our earth...IF you are tired of seeing them dont see...… Read more »

Just a troll trying to get some atention