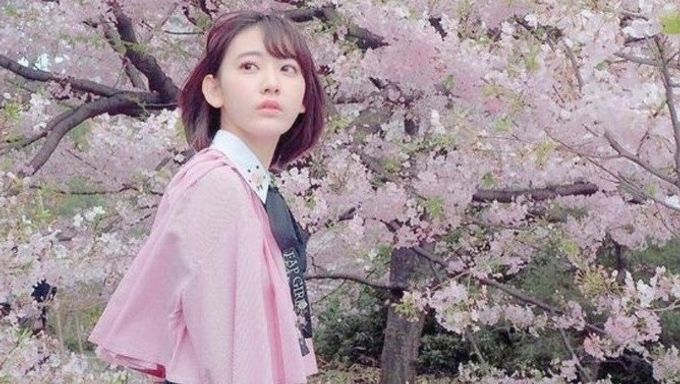 It's been a wild and grueling process but it's also finally over at the same time. Just a few days, Produce 48 announced the top twelve finalists who would become the member of the debuting girl group IZONE.

Jang WonYoung ended up taking the center position as she ranked the highest with 338,366 votes. Coming in second was Miyawaki Sakura, who held the spotlight during the early stages of the show.

According to South Korean news agency Insight, it was reported that many South Koreans were expecting Japan to react negatively to the results of Produce 48 and fabricate stories in an attempt to save face and take a jab at their mortal enemy. However, the Japanese people reacted in a completely unexpected way. They agreed with South Korean netizens and were relieved to discover that Miayawaki Sakura didn't end up as the center position member. In fact, many Japanese netizens have stated that there was too much of a gap and disparity in terms of skill between Japanese and South Korean idol trainees. Many felt that their idols lacked the natural skills in comparison to the South Korean idols.

In addition. some Japanese netizens have stated

"Miyawaki Sakura may be pretty, but didn't perform well enough to end up as the center position of IZONE."

okay but,,, the skill gap between sakura and wonyoung isn't even a thing. they're both lacking a lot. ? literally hyewon, wonyoung, sakura and minju are the least skilled in the group. if being the center was about talent, one would hope pretty an all rounder like chaeyeon or a decentvocalist like yuri/yena would take that spot. being the center is more about charm and ability to stand out without even trying, sakura has that, she has that charm and aura. wonyoung literally only stands out because of her heigand because she's pretty, but she does not transmit the energy… Read more »

That is so true. I like both wonyoung and sakura.. but sakura has more charm and charisma than wonyoung

I agreee with youuu!

I don't really think wonyoung would be overshadowed if they debut with fresh concept tho she did very well in very3.

I think most Japanese really didn't care that much about Produce 48. In the end, it's a Korean TV show voted by Koreans. Not many people expected a Japanese to win number one, given how xenophobic and anti Japanese many Koreans are. The topic of "skill" or the belief that Japanese wasn't upset presumingly due to acknowledging Sakura's lack of skill is pretty laughable, since most people including Japanese know that skill really isn't a big factor in winning. The show had never been a contest based on skill.

The fact that the Japanese took Sakura being second well is quite amazing. While some international fans are filling twitter and all social media with toxicity and salt~~ Even to the point of saying cruel things to a 14 year old girl....

Have nothing against Wonyoung, but feel weird with the fact that Wonyoung took first place.

Hey Bro! You should read your comment as if it was made by someone else.. and rethink what you wrote there. I think the other guy won't be commenting on an argument that is just going to circle around.

Did you even read my comment? I specifically in parenthesis wrote "not saying she doesn't deserve a spot". This means I have nothing against her being in IZONE. Plus in my comment I didn't deny the comments being cruel and toxic I even wrote "what we're angry and toxic about is the fact that Wonyoung took first place". The last paragraph is probably what through you off but it means international fans are telling the truth to her and are not trying to intentionally say it. To make it easier for you to understand the motive of the "Why is… Read more »

I agree that Sakura may and will overshadow Wonyoung's presence. However, because of that so called question of why she's first.... The one receiving the hate is her... a trainee who just does her best to be voted... Imagine, reading those very mean comment that I don't even receive from my parents and friends being said written against her.... And it's all because of that question "WHY IS SHE FIRST?" ... You say she does not belong to IZOne and I agree but cruel things??? Woah.. you must have missed the train to that ma'am... It is the third installment… Read more »

Don't hate the winner, hate the voters. They are the ones who put her up there.

Nah international fans aren't toxic about Sakura being second. what we're angry and toxic about is the fact that Wonyoung took first place (not saying she doesn't deserve a spot just, Why is she first place?) despite other more talented trainees. Plus we're only bring up Sakura because she's the only one we could imagine as first because her stage presence will probably over shadow Wonyoung. Just look at Wonyoung at the Side to side performance she was almost completely overshadowed. The only thing that kept her from being over shadowed was her face and costume not her talent. Where… Read more »