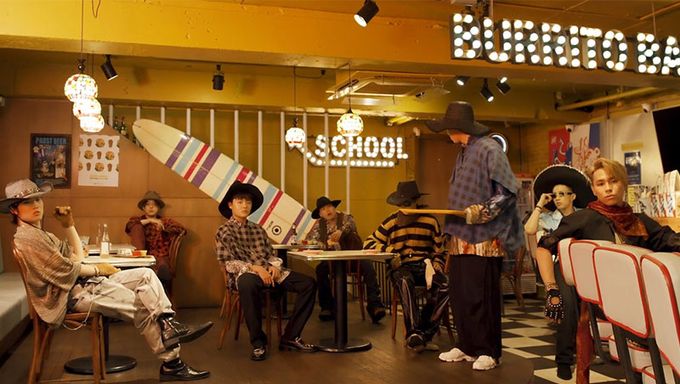 H1GHR Music Records released the original video for TELÉFONO Remix, a re-elaborated version of the single released in May by pH-1 featuring Jay Park, Sik-K, Woodie Gochild, and HAON. Now the track also features BIG Naughty’s and Trade L’s unique flows. The song is part of the RED TAPE album, which topped the iTunes Rap & Hip-Hop musical chart in South Korea. The album is the first chapter of a double compilation with all the artists of the label.

Showing a more casual side of the rappers, the video mixes references of Latin-American culture - from dances to cuisine - and even popular Spanish expressions mixed with Korean hip-hop irreverence and boldness. Besides TELÉFONO Remix, other tracks got music videos such as H1GHR (Intro), Cypher, How We Rock, Team, The Purge, and, more recently, DDDD Freestyle. Some of these videos quickly surpassed more than 1 million views and reached the trending videos on YouTube in Korea.