KCON:TACT ALL-ACCESS – A Behind The Scenes Look at The World's Largest K-Pop Festival Going Virtual – To Premiere Oct 2nd 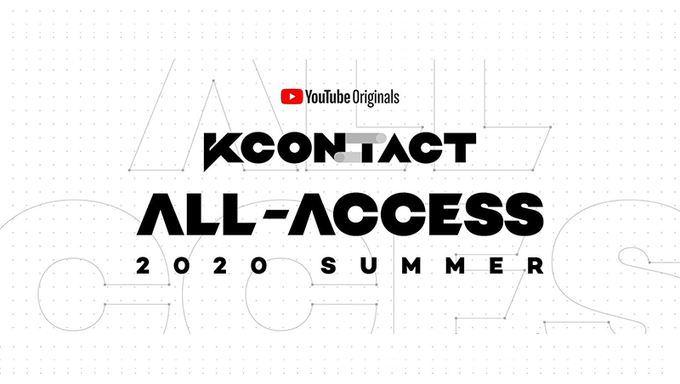 KCON:TACT ALL-ACCESS will premiere as a YouTube Originals on October 2, 2020. The first ever docuseries taking fans behind the scenes of a KCON event, will follow the production of KCON:TACT 2020 Summer, a massive virtual K-pop festival which took place shortly after the pandemic outbreak earlier this year. Over the course of 14 episodes, fans will see stories of struggle and joy from artists, producers, and show organizers, as they work to put on a marathon, weeklong virtual festival that included live concerts and dozens of meet & greets, with more than 30 top K-pop artists participating.

Each episode follows a theme, digs deep into a special moment, or tracks one artist on their unique path through KCON’s historical pivot to create a new virtual concert experience in the face of the pandemic. Artists featured include ATEEZ, LOONA, AB6IX, IZ*ONE, Astro, THE BOYZ, OH MY GIRL, PENTAGON, CHUNG HA, NATTY, and CRAVITY. Fans can expect to see unaired footage and never-before-seen interviews from their favorite performers.

“We are thrilled to partner with YouTube to bring this behind the scenes look at KCON:TACT, an event we all worked so hard to deliver to the fans. We are constantly searching for more ways to provide premium content to our fans and we hope they enjoy this peak behind the curtain," said Hyun Kim, Head of Music Concert and Festival, CJ ENM, the company whose entertainment division produces KCON each year (along with other globally acclaimed events, TV series and movies, including Cannes- and Oscar-winning film Parasite, and TNT hit series, Snowpiercer).
Streaming round the clock for seven days, KCON:TACT 2020 Summer drew more than four million viewers spanning 150-plus countries worldwide. The event pushed the limits of what is possible with virtual entertainment and provided a way for fans at home to participate in the show as a live audience, utilizing innovations that have since been adopted by other live events - from entertainment to sports - around the world. This included Augmented Reality (AR), Mixed Reality (MR) and eXpanded Reality (XR) technology that powered everything including the interactive "fan walls".

"With KCON:TACT ALL-ACCESS, YouTube is excited for fans across the world to step inside of their favorite artists' experiences during the unforgettable virtual event,” said Kohta Asakura, Manager, YouTube Originals. “In a time of social distancing, we hope this series gives artists and fans an opportunity to connect on a deeper level by seeing first-hand how the inspiring performances were brought to life. Many tears were shed – and not just by fans!"

KCON is in its ninth year of bringing the ultimate Korean culture fan experience worldwide. After the success of KCON:TACT 2020 Summer, KCON has announced that KCON:TACT season 2 will take place between October 16 and 25, 2020. Last year, KCON USA closed out the summer with over 158,000 attendees, breaking its previous attendance record. Mnet, a leading music entertainment network part of CJ ENM is the organizer of KCON. 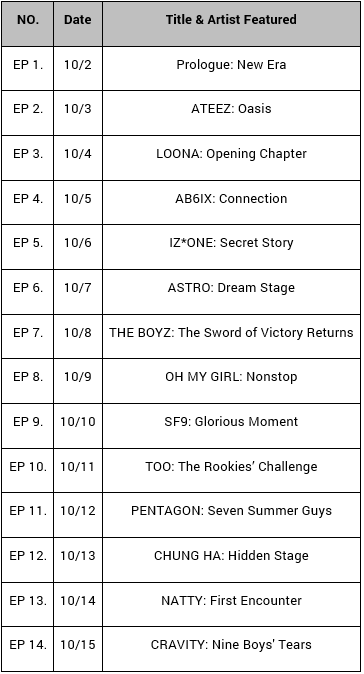