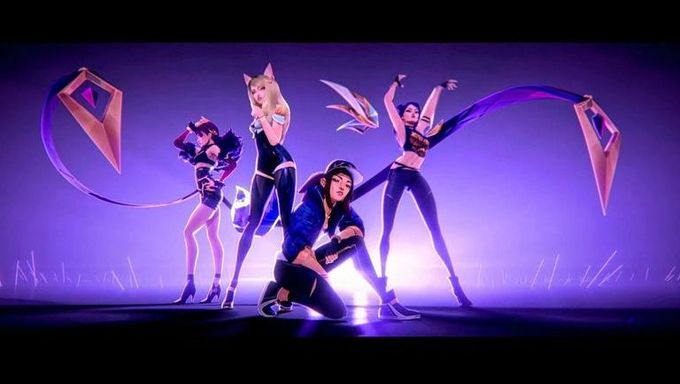 Virtual K-Pop girl group K/DA, made up of characters from the highly popular game League of Legends,  Ahri, Akali, Kai’sa, and Evelynn, is one of the most unique group in the industry.

The vocals for the characters are done by SoYeon and MiYeon from (G) I-DLE, and  Madison Beer, Bea Miller, and Jaira Burns.

K/DA's music is a blend of energetic futuristic dubstep, bass, and K-Pop.

Calling all BLADES: There’s MORE to come! Prepare for an upcoming month of challenges, including dance, style, music, and more—along with reveals about the new EP.#KDA #CALLINGALLBLADES #BLADES #OFFICIALFANCLUB #KDAFANCLUB pic.twitter.com/GfEEP7EMYH

So while the announcement of lighsticks alone is seriously enough to get the fans hyped up, they'll also be pleased to know that they now also have an official fandom name.

The fandom name has been announced as BLADES!

Such a cool fandom name right?

Ahhh so excited for this😍😍😍 literally have been waiting for it🥰🥰🥰

It's so cool! I never thought they would make a lightstick!
Can't wait <3