Kim MinKyu Shares Photos Of Photoshoot With 'GUESS' In LA 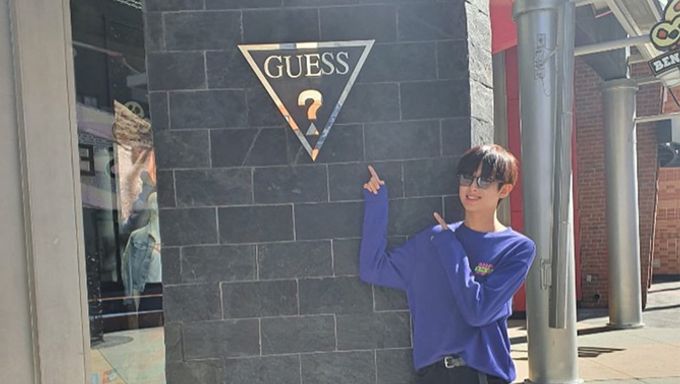 Looks like things are looking great for Jellyfish Entertainment's Kim MinKyu after the end of Mnet "Produce X 101".

He had held a successful fanmeeting and also become the first male model for cosmetic brand, 'BANILA CO'.

Earlier on Sept. 26, Kim MinKyu had updated his fans through Instagram that he is in LA for a photoshoot with brand 'GUESS'. Not long ago, he was also seen in Incheon International heading to LA for an overseas schedule.

Take a look at the photos below!

Many of his fans were glad to see that he is enjoying his time in LA and that he looks really good in the behind the scene photos for his photoshoot. Some also pointed out that he might be endorsing winter jackets seeing how he is wearing them despite the warm weather in LA.

Are you also a fan of Kim MinKyu?

Read More : 9 K-Pop Groups And Idols That Would Make You Want To Buy Korean Magazines In October

He deserve all of our love he's kind boy,everytime i have problem i just watch him in yutube,,twetter,ig,facebook.i watch how he sing and dance beacuse if i see him.smiling i feel happy,,he's my insparation,my strenght...can't wait for.hes debut an idol,he deserve it..

#SEE U IN JAPAN.MINKYU AH

MY FIRST EVER BEST CHRISTMAS IN MY FANGIRL...

Yes he deserve what he got now..he's kind boy,can't wait to buy he's official lightstick my first ever lightstick...