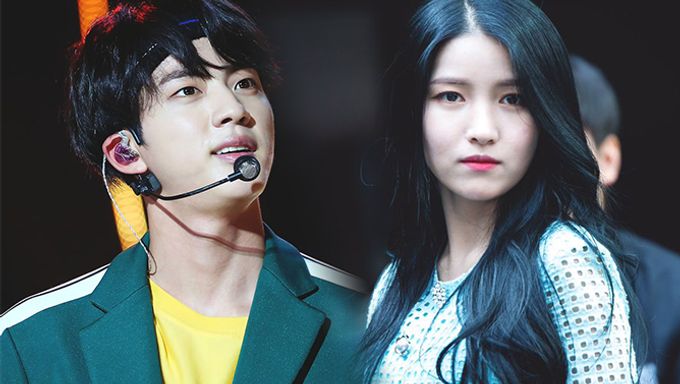 Some netizens sensed something going on between BTS Jin and GFRIEND SoWon. Is this true?

Anyone captured the outstanding chemistry between BTS and GFRIEND on 'Sorry Sorry' performance at DMC Festival? On that stage, the two groups showed off their perfect harmony and teamwork like one group. After that stage, every single music awards, Jin's reaction videos on GFRIEND SoWon's acceptance speeches have been popular. You can see one of them, below.

Fans are enthusiastic toward these two cuties! Two of them have long legs, so some of fans are calling them as long legs couples or sowjin couple. But, still you aren't satisfied? Then, here's what made fans fall for sowjin couple! Let's get it!

In 2016 MMA, BTS's Jin received a water bottle from a staff. Next, what did he do? As he was well known as a gentle man, he passed it first to the girl behind him, who is SoWon of GFRIEND. You can see how sweet and kind Jin was here. Always he cares about another first, rather than doing for himself.

More than just getting attention for his kindness, this video clip succeeded to created a new couple. Why was it SoWon? He could pass it to others but he selected her. Here's the point: Jin cares much about SoWon! 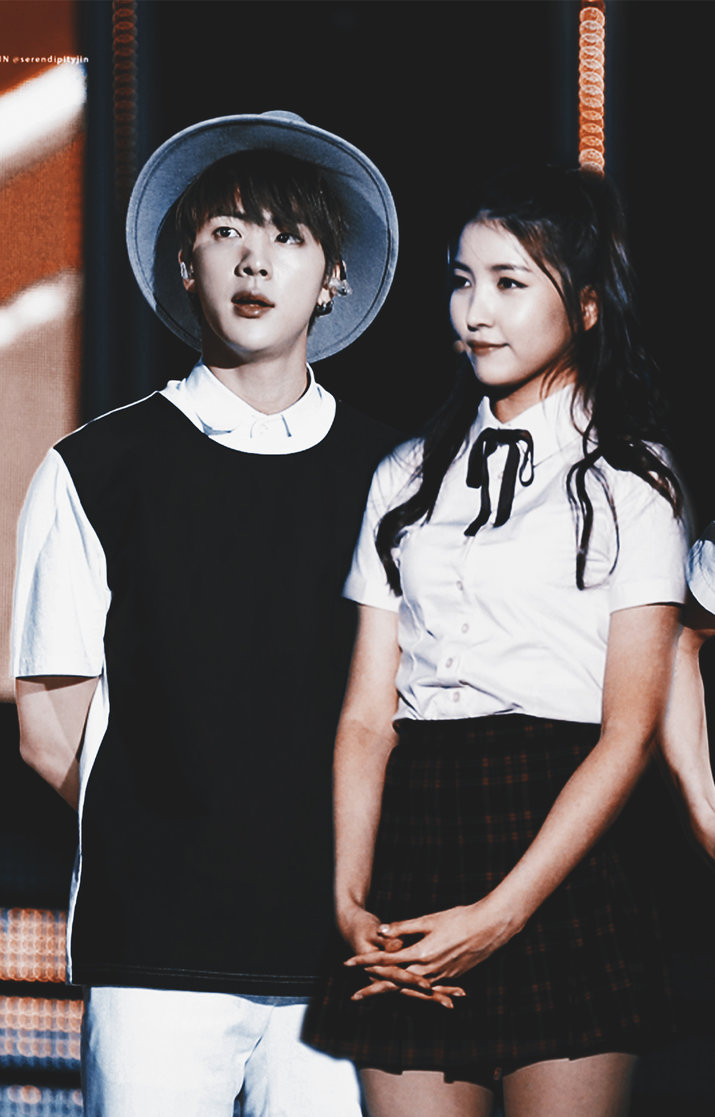 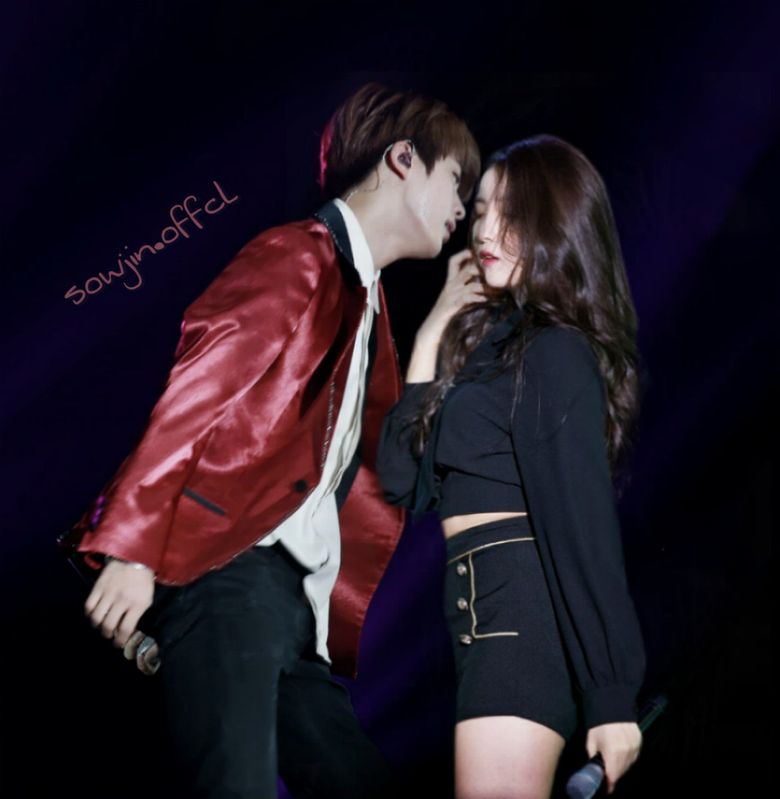 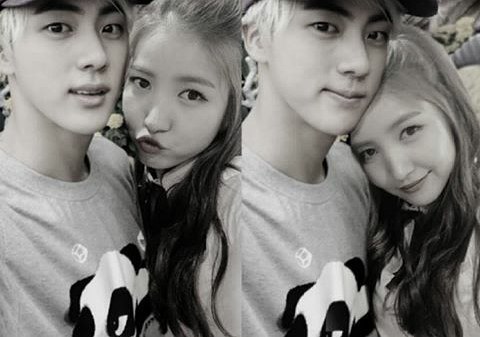 To fans who had kept an eye on them, this is not a surprise. Because even before this MMA situation, there had been a lot of scene where Jin and SoWon seemed to glance each other secretly. While waiting for next stage, SoWon couldn't look off Jin.

Oh, you don't believe this couple story because it looks like a one-way love of SoWon? Unfortunately, Jin also kept his eyes on SoWon while she's talking in public. You can see that scene, below.

What makes this love story more believable is highly related to how Jin described his ideal type. A Japanese magazine made a female character, which mainly reflected what Jin explained about his ideal type in a interview with the magazine. Netizens keep claiming that this character resemble SoWon so much, even by a short sweep. You can compare them, below!

What Jin of BTS has been up to?

Jin is spending the busiest times because BTS had their comeback recently with “Love Yourself”. Their music has been going viral, climbing up to the high ranks of diverse music charts both inside and outside Korea. Because they create so much influence and impact over K-Pop, Mnet is making a music program just for the group. The “BTS COUNTDOWN” is currently done shooting, but the date of it’s broadcast is not official yet.

What SoWon of GFRIEND has been up to?

GFriend made a hot comeback this summer with ‘Love Whisper’ and they are walking on a fine path since their comeback. We cannot imagine Kpop without GFriend, however, there was a time when they grout before so well known.

What other fantasy couple do you think would look together? Let us know!

Umm.... i saw a photo that Jin stands alone and no one stands next to him so everything you have is Photoshop cuz its easy and I'm not BLIND your a ANTI-HATER and trying to make ARMIES hate on BTS and WORLD WIDE HANDSOME Jin dont ship them and you cant take down BTS cuz they are bulletproof and ARMIES too! some ANTI-HATERS pretend to say that they like BTS and they are an ARMY and they make fight between ARMY X BTS!

shipping is not gonna make people hate them you idiot

im this vidoe and pictures i am not possilble couple sowjin wow my god??

Lmao.Its obvious that sowon is not looking at jin.

This is so fake. Every single photo with them together is cuted unprofessionally. And they didn' t look at each other in the other photos.
Why are some fans doing this? Do you want to make the other ARMY members jealous or what? Are you bored or do you dont know what else to post? Why dont you just stop stalking them like that and let them live their lifes.

Why don't you just delete this article to avoid sowon from the hate?

this is edit pictures

yes because jin is my boyfriend