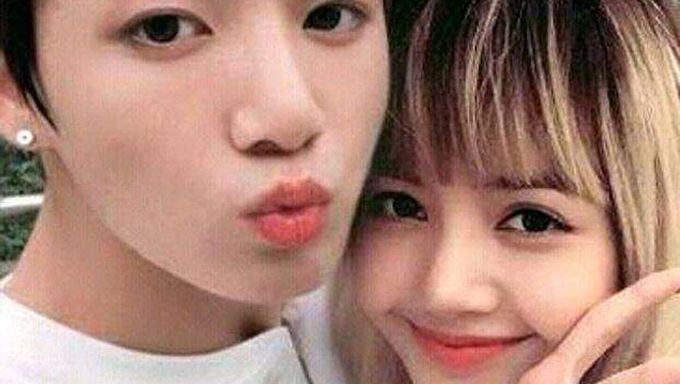 Have you ever heard about Lizkook? Lizkook is the name that fans who are shipping JungKook and Lisa couple made. There is a common point between them, which is they are both the youngest member of the groups,as 97liners, so they are maknae! Fans' suspicious glimpses toward this couple began from SAF 2016. JungKook's reaction toward BLACKPINK's Lisa's rap part was pretty interesting because he sang along the same lyrics with Lisa in the stand. Also, JungKook's ideal type is a girl who has a nice voice, and you know, Lisa has an amazing voice. Besides, at Music Award 2017, JungKook gave glances at BLACKPINK's side several times when BTS got award on the stage. There are a lot of evidences and moments fans captured and everybody is talking about them! Is it ture? Let's take a look!

How cute and adorable they are! 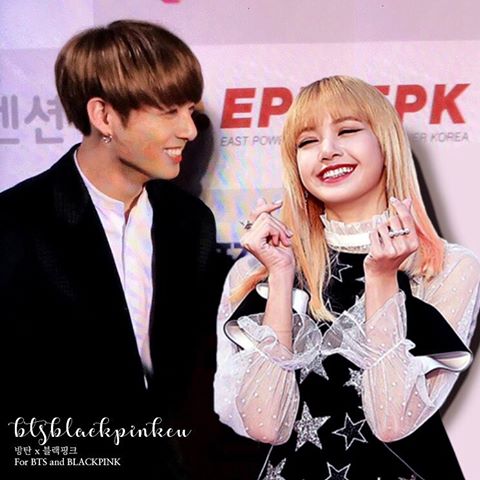 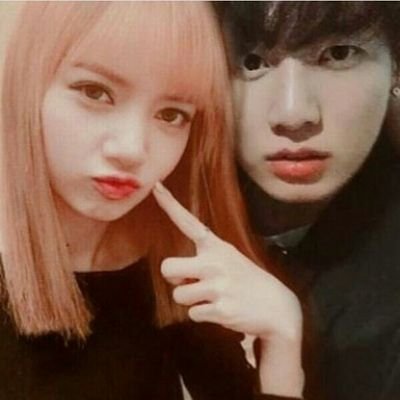 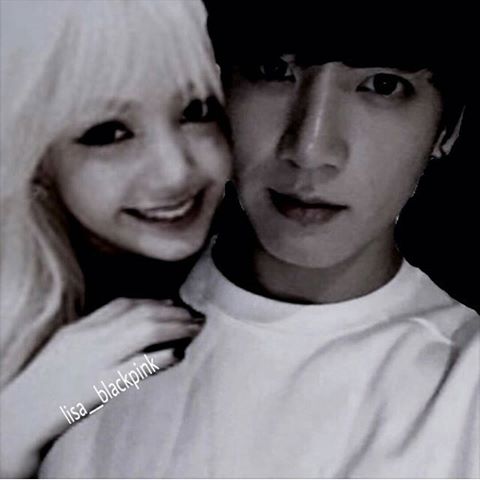 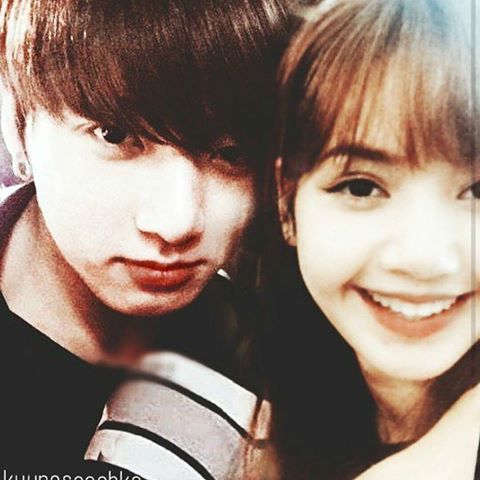 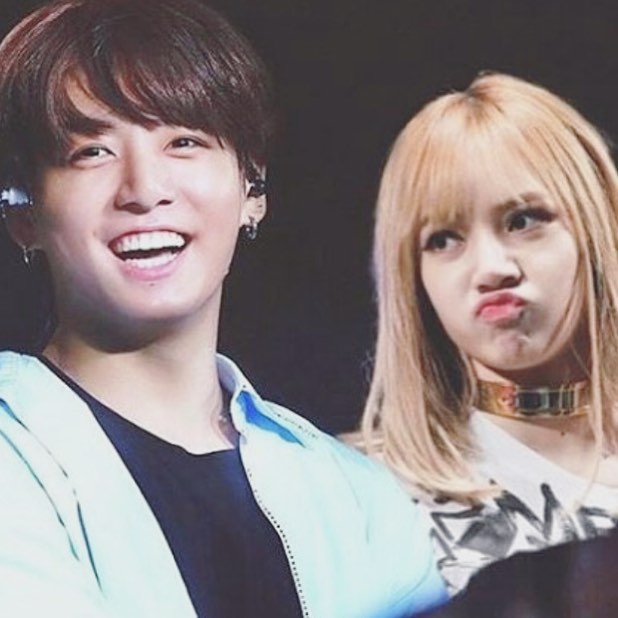 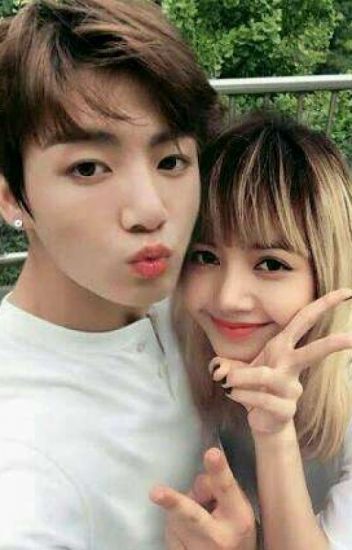 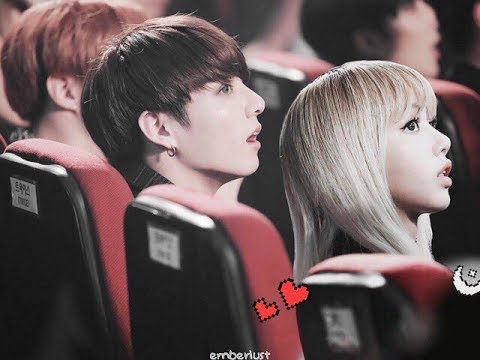 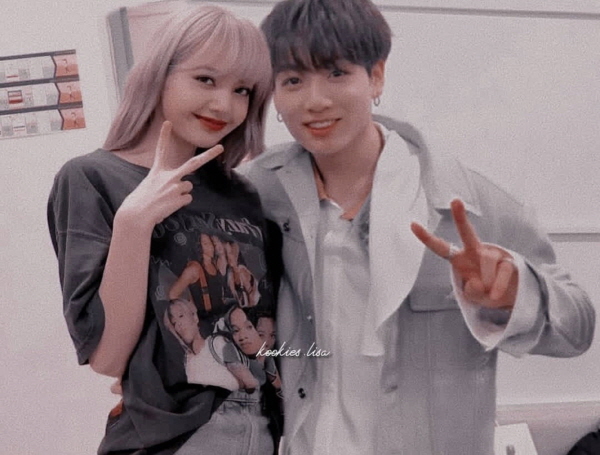 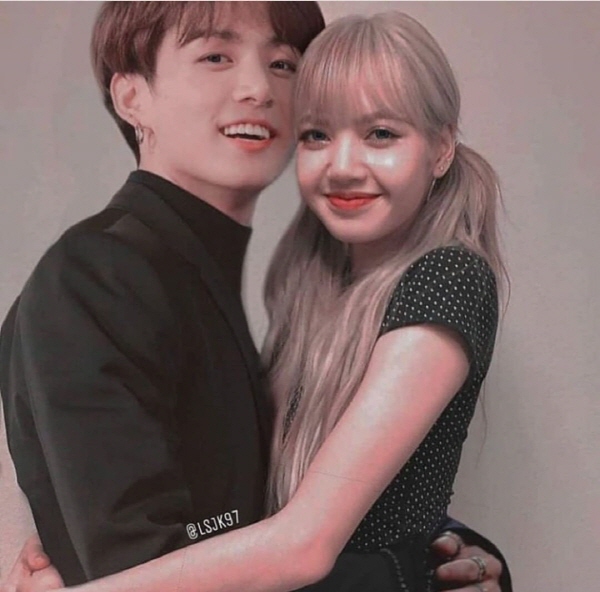 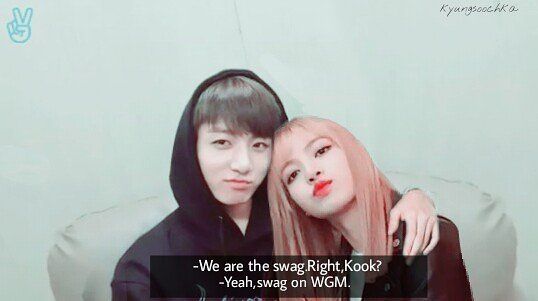 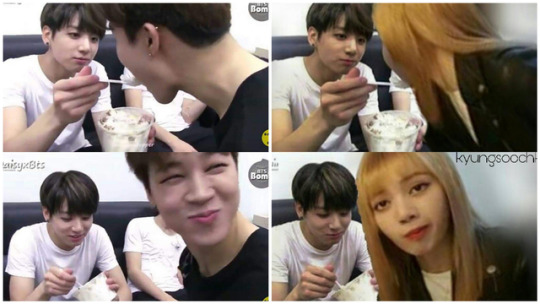 Here's some videos supporting your shipping on this couple.

What’s BTS's JungKook been up to?

In the era of idols flooding over day by day, BTS has shown most powerful influence inside and outside of Korea. Everything about them becomes an issue, not only music but also their fashion, daily lives and even who they met. People say, if the icon of 2000s has to be chosen now, it’d be BTS. On Seo TaiJi’s 25th anniversary concert, BTS members will be joining SEOTAIJI and BOYS on stage, performing their song. Their collaborations is one of the biggest, hottest event in music industry. Fans look forward to see the two groups from different era to melt in what they’ve got to create something  so new.

What's BLACKPINK's Lisa been up to?

BLACKPINK is the hottest K-Pop girl group now, as they came outside YG entertainment buildings with 'As If It's your last'. All the members of BLACKPINK are participating in promoting the song and appearing in lots of TV programs, such as "Weekly Idol" and also almost every Radio programs. It's been a long time after their last activity before 6 months ago, how happy for fans who've been waited for BLACKPINK! Among members, Lisa got more famous and love from fans who didn't know her as they find Lisa's attractive personality and humorous character.

Back of lisa hes my man

You are more delusional than liskook shippers

Guest
not a blink
Reply to  Namjoonie

Ikr they cannot be together he's my cinnamon roll

why did I even waste my time on this?

Guest
not a blink
Reply to  Guest

I feel your pain right now...

Ikr it's not even true

Thank you for shutting down the lizkook shipper UvU

they can't even date. they have contracts that RESTRICT that. so you don't have to get your panties in a twist.

Yep we have to protect our baby Kookie?

i think my oppa still ship with her,

those fake photoshopped pictures ain't it..

one day some girl is gonna walk in his life which is not lisa,and she will crush the impossible dream of yall liskook shipper...sorry not sorry 🙂

Thanks for shutting down the lizkook shipper btw

It's fake so obvious

yes please, that will be the best collab ever, omg

collad lmao. but anyways, i highly doubt they will ever COLLAB. they have rarely(to my knowledge) have ever had any interactions except for on final stages or when they are passing each other at concerts. so dont wish too much please.

dont hate on them for not spelling collab right, they might have dyslexia. and btw bts and bp collab will be the best ever

Guest
not a blink
Reply to  Guest

They will probably never because they aren't very close oh yeah you spelled collab wrong.

I hope they will have a drama soon...

Well we have hot boiling tea in James Charles's kitchen

HUhuhu , I wish this is true yeah i know this is not true huhuhu

Guest
not a blink
Reply to  BangPink

Then don't say it

I think that, but i know that your picture is not true

When you use a fake photo hahahaha

I don’t think jungkook and Lisa should get together. It would be a distraction for both of them.

It’s photoshopped I bet it is. I love bts and they barely talk to BLACKPINK members I don’t believe this a bit

Guest
Why do you shipp liskook????
Reply to  Guest

I never watch KPOP but I just find myself loving this LIZKOOK. I been watched a lot of Fanmade video I think they are secretly dating  ,because he like everything she like and doing Thai greeting since they become a couple.

Guest
Why do you ship lizkook????
Reply to  Guest

you must be kidding me

of course i like this couple lizkook in you area

wath?, my i love jungkook , jungkook perfect , cute, etc.. ,he is so beautiful what I think, he is my utt, the worst news of my life that I have received since 2018, plus I will never stop liking him and he will never stop being my utt <3, I was a little upset , I admit, but I would not even have a chance to be with him = (

i love them to be together.

Its nonsense bts memebrs date with Southeast Asians tho xD

hmmmm so? So you are the racist towards Southeast Asian? I'm from Thailand and I have many Korean friends, I know how Korean are. Not everyone is nice. Hence, you are a narrow-minded one though you do speak some English. Hope your world will get bigger soon. Get out of your small mentality.

Really? maybe you should get a bigger brain...

Guest
Why do you
Reply to  Guest

it's something called truth and not racist you can see the xD in there idiot....

in the first video namjoon is singing along, so why don't you ship namjoon and lisa? someone singing along to a song that is popular should not be evidence for a ship?

Guest
Why do you
Reply to  Guest

sorry to burst your bubble, but all of these pictures are photoshopped. i understand you want your ship to be real.. but let it get real... this reminds me of when a taekooker did this and edited out jimin. very sad, very sad.

Wtf, it's all just photoshop

They are really is the best ship ❤

U guys are not cute together