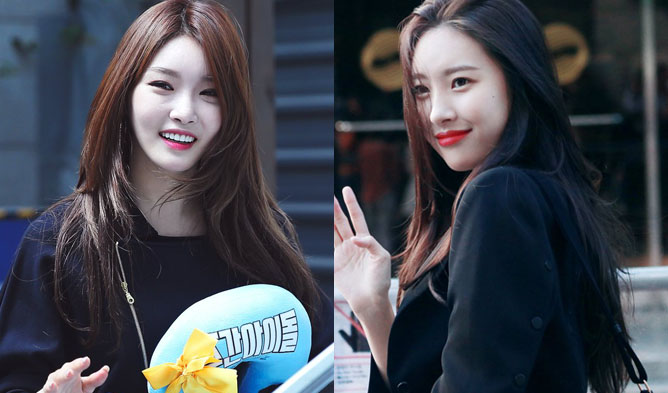 If you mentioned femme fatale in the K-Pop industry, who could you most probably think of? Well, there are two beautiful ladies who we would like to introduce today. As seen from the title, they are ChungHa and SunMi.

There are so many similarities to talk about ChungHa and SunMi. To begin, both are currently active as a solo singer and they used to have some relationship with JYP Entertainment. We all know that SunMi used to be in Wonder Girls and it was also revealed that ChungHa used to be a trainee in JYP Entertainment before moving to her current agency. 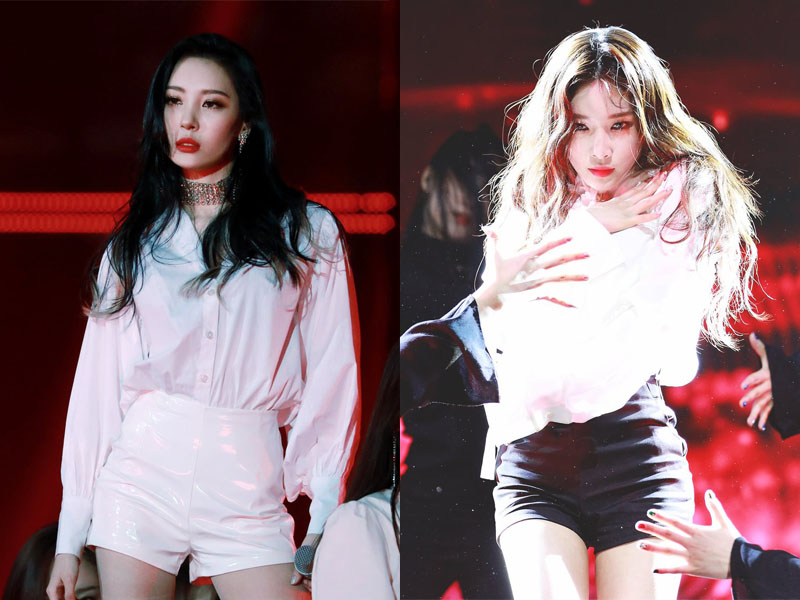 Although SunMi is slightly older than ChungHa by 4 years, they were caught on screen getting along very well. The chemistry between them was first seen when they appeared on ‘Weekly Idol’ together last year. 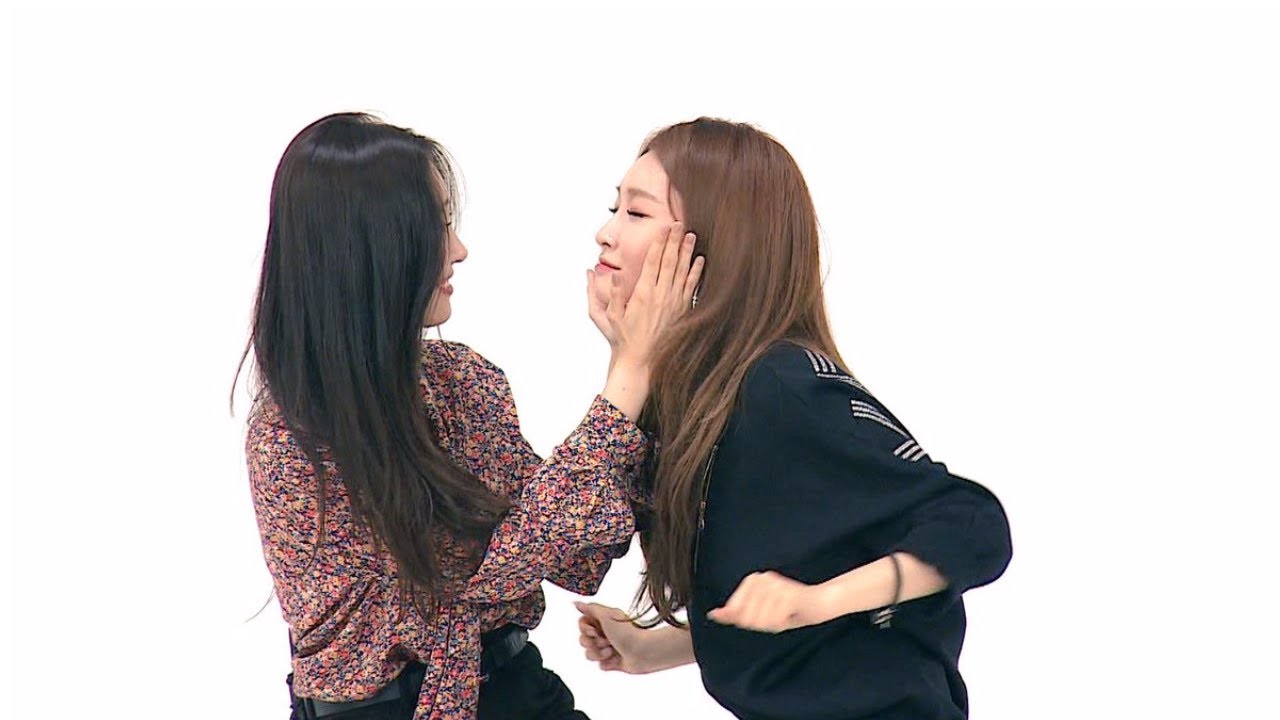 Even after the show ended, ChungHa and Sunmi still keep in contact with each other. When SunMi did her V-Live, she also described the blooming friendship she has with ChungHa. Just like sisters, she mentioned going to the same hair salon with ChungHa, and through which got closer through the time spent together.

SunMi uploaded a video of her watching ChungHa performing to ‘Roller Coaster’ which caused their fans to ship them even more!

Through one of the interviews ChungHa had with ’10+Star’, she talked about the period when she and SunMi had promotions together earlier this year. It was during that time when she had learned so much from SunMi. Not only did she gave her advice, she also encouraged and cheered on her to work hard since she was going to promote alone.

SunMi had began and ended her promotions for ‘Heroine’ earlier than ChungHa.

Looking up to SunMi, ChungHa mentioned how SunMi always politely greets and thanks her staff before, during and after work. It had inspired ChungHa to become someone like her in the future.

At ChungHa’s fan meeting in conjunction with her birthday in February. she was seen perfectly reenacting to SunMi’s ‘Heroine’ and ‘Gashina’ dance.

It still amazes us how ChungHa is so capable of dancing and even SunMi has agreed!

When ChungHa first wowed the audience with her placement test on Mnet’s ‘Produce 101 Season 1’, SunMi admitted to have rewatched the clip several times just because ChungHa was that amazing.

Compared to ChungHa’s chic image, SunMi also confessed that ChungHa is SUPER adorable in real life. She also shared similar preference in staying at home rather than hanging outside. At this rate, we would expect their favorite hang out place to be either’s house?

Their lovely friendship is gaining attention from both sides of fans and it seems that we can only hope for more interactions and perhaps a collaboration between these two singers.