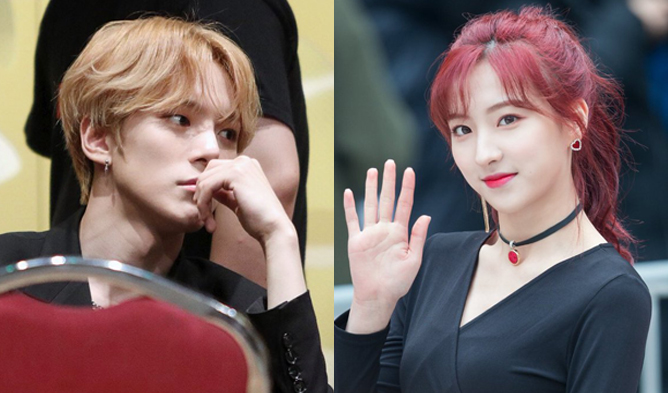 In the K-Pop industry, it is common that idols from different groups are close to each other especially if they are from the same management company. In addition to that, when idols meet in music shows and broadcasts, they get close and interact with each other while killing time in the waiting room. If not, they would most probably have known each other during their trainee period.

As for WJSN‘s EunSeo and MONSTA X‘s MinHyuk both are from Starship Entertainment which firstly explains their close relationship with each other.

Fans of both have been noticing the close relationship they have and also like to see how caring they are towards each other.

On the latest episode of “Gourment Road” aired on March 29th 2018, MinHyuk was seen trying to feed EunSeo a meat wrap but she ended up letting Lee SangMin who was sitting beside her to have it. It seemed that MinHyuk wanted to offer EunSeo because she has been taking care of the food for a while.

During the small incident, fans noticed how EunSeo held MinHyuk’s wrist with both hands before passing the meat rap to Lee SangMin. The subtle actions by both seemed really sweet to the fans and they like how MinHyuk was taking care of her.

In addition to that, during MBC “Idol Sports Athletes Competition” 2017, MinHyuk was captured dancing to WJSN’s ‘I Wish’!

minhyuk danced to wjsn's i wish and eunseo was so ready to end minhyuk !!!! cute ;;;;; pic.twitter.com/u62MWhiIFZ

However before he could finish the dance, EunSeo was seen heading towards him in an attempt to stop him from dancing. MinHyuk swerved before EunSeo was able to hit him playfully. It seemed as if she wanted him to stop embarrassing himself and her group’s song. Like how a couple would act in front of each other, fans could not help but wonder how it would be like if they really had dated.

In relation to Christmas in 2017, Starship Entertainment released a behind the scene video of ‘Christmas Day’, the song which all the artistes of the company had taken part. Inside the music video, we also noticed that EunHyuk was seen sitting in front of EunSeo!

Although there was no interaction of them shown in the video, fans were hoping that they had some when the camera was not rolling. Well, there is no harm in just fantasizing.

Some fans love them so much that they have even edited pictures of them together! 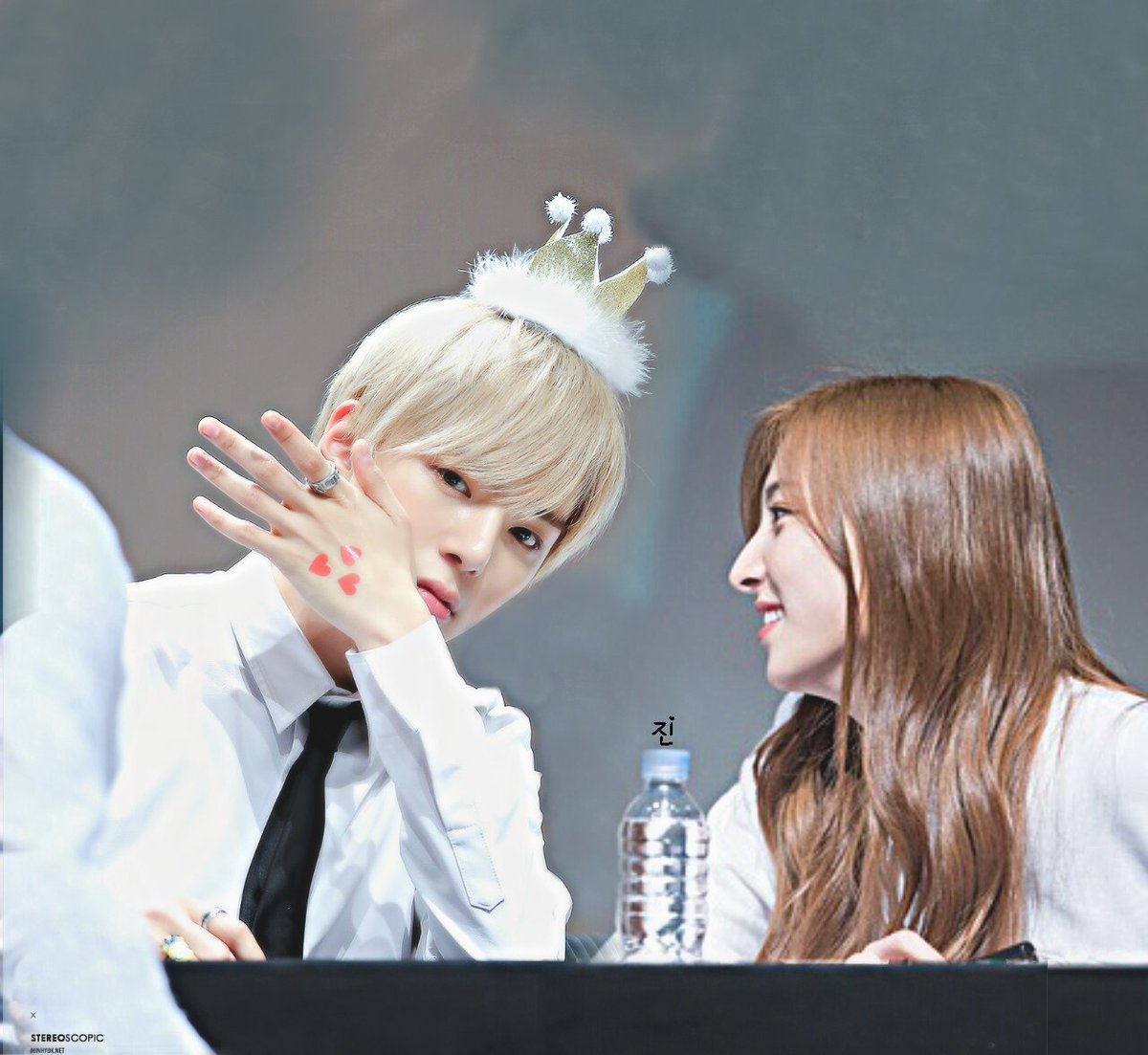 Even though it is not real, fans have been enjoying the interactions between the two of them and are hoping for more in the future.

What has MONSTA X been up to?

MONSTA X has recently released their sixth mini album ‘The Connect: Dejavu’ and is promoting their new song on music shows. Not only that, they will be having their second world tour with their first stop being Seoul on May 26th 2018. They will be travelling to cities such as Hong Kong, London, Atlanta, New Jersey and many more! Don’t miss your chance to see them performing live in front of you!

What has WJSN been up to?

WJSN has also came back with their fourth extended play ‘Dream Your Dream’ in February 2018. They are still currently promoting their song on music shows so there is a high chance that EunSeo and MinHyuk have already met back stage. Recently on March 25th 2018, WJSN has ended their first ever official fan meeting which was a huge success.