K-Pop Groups That Shouldn't Have Disbanded 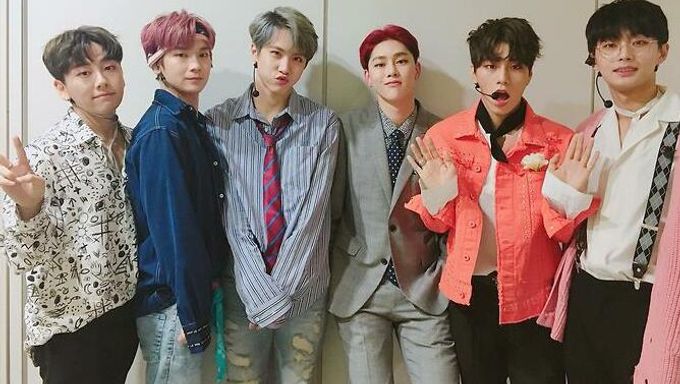 It's always a sad sight to see when we see idol groups disband. The look on their faces when they say goodbye to fans is always a heart-wrenching moment as we know how much their career means to them.

Over the years, we've seen several groups disband, and for the most part, they were groups that were high in demand. Unfortunately, other factors including politics, differing career paths, and etc. all play a part in ultimately deciding whether a group will continue as one or not.

Below are a few groups that we feel shouldn't have disbanded.

This group was perfect as all the members had great chemistry with each other as if they were matches made in heaven. The reason for their disbandment has been a sensitive subject among fans as the group has gone through tough moments throughout their career. Before, BLACKPINK, they were pretty much the female version of BIGBANG.

They were probably one of K-Pop's most iconic 'sexy' concept girl group ever. Their stage performances were something that fans and non fans always looked forward to as it always had shock elements and well-crafted choreography.

They might have had a time limit to their career, but they were a group that had the chances to continue, despite the short time period of their contracts. High in demand and fresh into the scene, we feel that JBJ had so much more to offer.

Read More : K-Pop Songs That Dominated The Charts For An Entire Year

📣 VOTE: Who Is The Most Popular JBJ Member?

📣 VOTE: Who Is The Most Popular SISTAR Member?

I miss wanna One and Big Bang

just to give you some information army is one of the strongest fandoms so watch out plus I don't why you are hating on them they never did anything wrong if you don't like them then just don't listen to their music and don't post hate comments plus I bet you don't even know them and you are just saying random stuff so....

I meant in any way I spelled it wrong sorry

like you are doing anything better with your life.....

Wanna One should not disband. I miss them so much?

Wanna one shouldnt have disbanded i miss tgem alot

think positive my wannables friend! 🙂 maybe this list doesn't include bands that disbanded at this year. I know Wanna One's contract has ended by december 31, 2018, but their final concert was held at january 24-27 2019.

The first k-pop song i heard was "Becaise I'm Stupid" by SS501 which was also the ost of Boys Over Flower... I miss themmm

I still remember kpop group thah i like the most.. But sadly they already disband.. They are SPEED and C-CLOWN.. I wish i can hear more songs from them.. ??

Where the hell is B.A.P?

BAP didn't disband. their contract ended and they decided not to renew

I support all my JBJ boys seperately, but I miss them all together! They are probably my second favorite group and I miss them being together! I would give anything if they could get back together.... but I know it will never happen ?

How come you could only come up with three groups that shouldn’t of disbanded? What about Boyfriend, B.A.P, History, 14u, Bestie, Pristine, After School, A-Jax (Just yo name a few) what about ATeen (They did not even get a chance to debut due to what happened to them.) it’s really said that there are so many groups that have disbanded, lots of fans miss them and you could only name three? It’s really sad.

Hi you are so welcome. I really wish they could of debut. I hate what happened to them. No one deserved that. It really does break my heart as well.

Thank you for including ATeen. I was so sad to hear what happened after waiting for them to debut for a while and it breaks my heart knowing that almost everyone has forgotten about them.

My apologies yes my teen and wanna one as well and so many more. Thank you so much. I wish who ever wrote this would of done a better job.

wanna one and myteen too :/

Why is everyone suddenly talking about BTS?
Like there are many more groups other than them..just cuz their famous and stuff doesn't mean that the whole K-POP world revovles around them!

Thank you. My thoughts as well.

I think bts will never disband because they are the best band I have ever seen...they're song and music don't only have words and melody ...it has happiness, tears,emotions...it shows their hardwork...their song change person's life so mine too...so I can't see the blunt and heartbreaking view of disbanding of bts...they'll never ...I believe...

I im army to

can i ask why you suddenly mention bts? because i don't see bts anywhere here in this article. I'm just curious

Not to put you down or anything.. But every happy thing comes to an end at some point... See, BTS gave us happiness, and they taught us to love ourselves, but one day when they do go...just remember that they will still be here... Because they are the ones that helped us.. Made us love ourselves... They changed us.... They made us fight for ourselves... They might not always be here in sight, but will always be here in our hearts, in our memories, we just have to focus on whats happening right now.. And enjoy this time.. Because it's… Read more »

What about ikon? Is it disband??

yeah hanbin had to go :/

The BTS should not disband

Wtf where is Wanna One

fyi jbj too 🙂 they were formed through the same survival show, mnet's produce 101 season 2, from the trainees that were eliminated from the second last elimination, which is rank 20-30

IKR! I was expecting them to be on this list

I don’t think BTS will disband Eny time soon because they are really really famous?

Why would BTS disband ?

JBJ absolutely *should have disbanded after some of the things that happened regarding some of the members...ToppDogg however...they deserved better

are you talking about sanggyun?

What did JBJ do?

What about block b ?

BESTie
Crayon Pop
SPICA and Sunny Days had vocal power like mamamoo
Jewelry
Fiestar
WONDER GIRLS
doomed but I wish missA and Secret were still around, STELLAR too
not popular but Kiss&Cry and Purfles were fantastic
4minute
9Muses
After School and Orange Caramel
maybe KARA and EXID
definitely T♔ARA
Rainbow's later stuff was the best
Unicorn, D-Unit, Smile-G and many many more...

Thank you so many amazing groups and they could only come up with three. Thank you for listing all Of these amazing artist.

Definitely 2NE1, I.O.I should be listed!

Where's I.O.I and Wanna One? I think they deserve to be on the list

My heart always breaks when I think of 2ne1 and SISTAR disbandment 🙁 they were my kpop childhood!