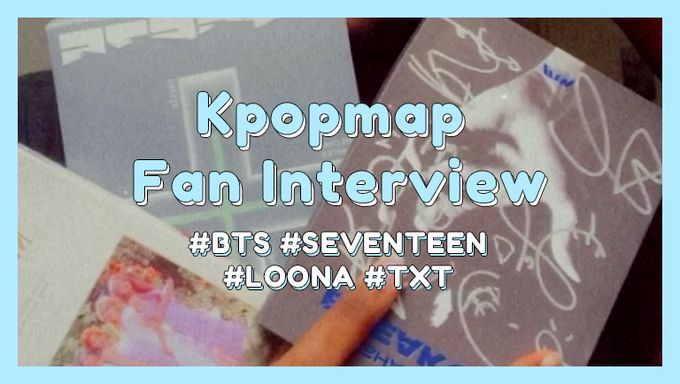 Are you also curious about fellow K-Pop fans?! Let's hear their stories and interests in Kpopmap Fan Interview Project.

There are K-Pop fans across the globe who share the same passion. But on online platforms, it is hard to know about each other stories and K-Pop life. Even if we are in the same fandom, it is hard to get to know each other.

So at Kpopmap, we started the Kpopmap Fan Interview Project to get to know more about K-Pop fans from different countries: more about their K-Pop life and tastes and to give them the opportunity to share with our readers about their favorite group(s) and bias.

Esther is the first fan we have interviewed. She is a French ARMY, Orbit, CARAT, and MOA. Check out her interview below on how she entered the K-Pop world, how she joined her fandoms, who is her bias, and the content she advises to new fans. 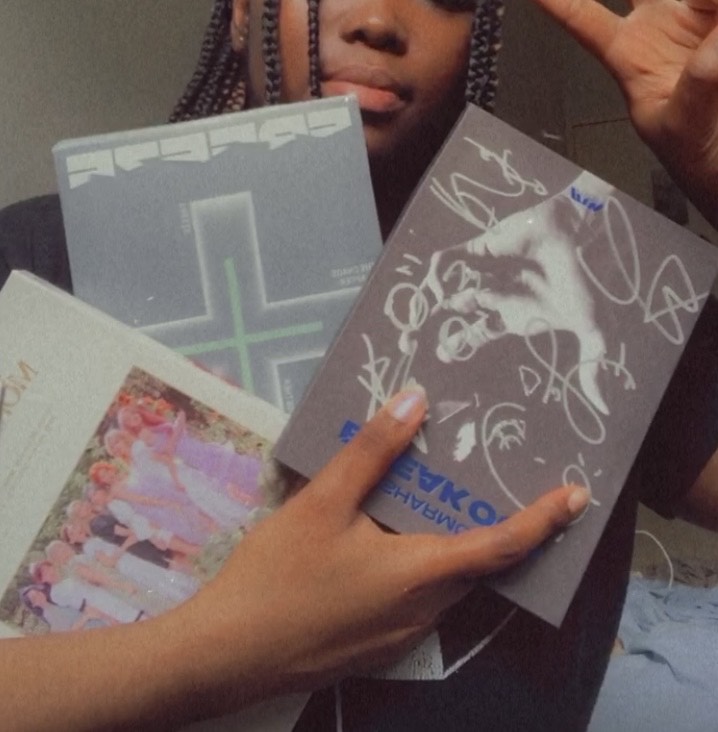 A picture of Esther and her albums

Kpopmap: Can you introduce yourself? Where are you from?
Esther: Hello my name is Esther, I’m 17 and I’m from France. I like a lot of K-Pop groups. My favorites are BTS, Loona, SEVENTEEN, and Tomorrow X Together (TXT).

How and when did you enter the fandom?
I joined my first fandom in February 2019. In December 2018, I was on Instagram and saw an edit of the anime “Haikyuu”. I really liked the song. It was 'Trivia 轉: Seesaw" by BTS's Suga. Naturally, I wanted to discover more songs, then I became an ARMY, and months later I started to listen to other groups.

What are the reasons why you love your favorite group?
I think I love all my favorite groups because first of all I love all of their songs, and secondly, they are like my “friends” if I can say that. They are persons that I esteem but not in a weird way.

Who is your bias, and why?
My bias in BTS is RM, I don’t really know why but I think it’s because of his lyrical skills. In Loona my bias is GoWon, I think she’s talented and deserves to be shown more. In SEVENTEEN, my bias is Jun (Junhui), it is probably because of his personality and his voice. My bias in TXT is TaeHyun because his voice is so pretty I really like to hear him sing or just talk, his personality too he makes me happy ^^. 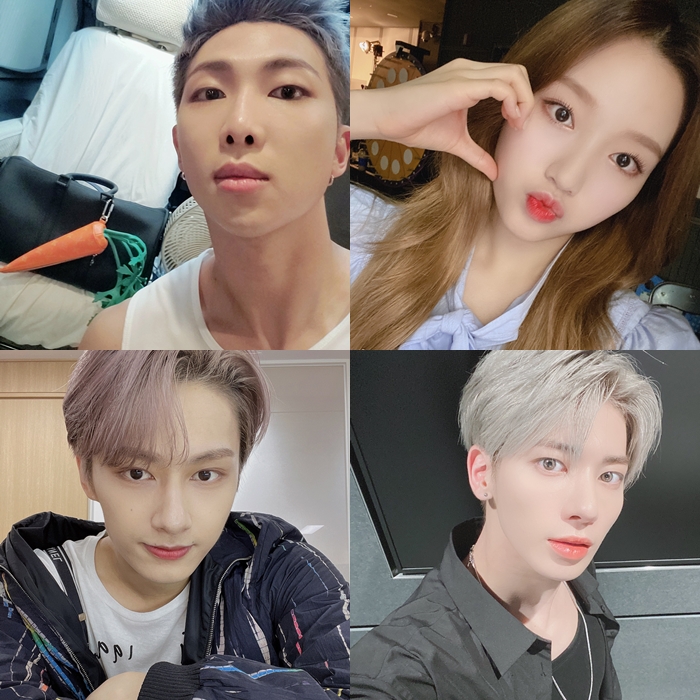 Can you recommend a title track and a B-side track for new fans?
For new BTS's fans, I would recommend 'Fake Love' and 'Just One Day',

Can you recommend a fancam, V-Live, cover video, cover dance, or emission of your favorite group(s) to our readers?
For BTS, SEVENTEEN and TXT, I recommend watching their emissions ("BTS Run" for BTS, "To Do" for TXT, and "Going Seventeen" for SEVENTEEN), and for Loona, watch "Loona TV".

Can you share with us one of your favorite lyrics?
“Make a wish to the sky to remember each other forever when we call each other names” from 'Way Home' by TXT.

Thank you for answering our questions, Esther!

If you are interested in joining Kpopmap Fan Interview Project, please get in touch with us at contact@kpopmap.com.