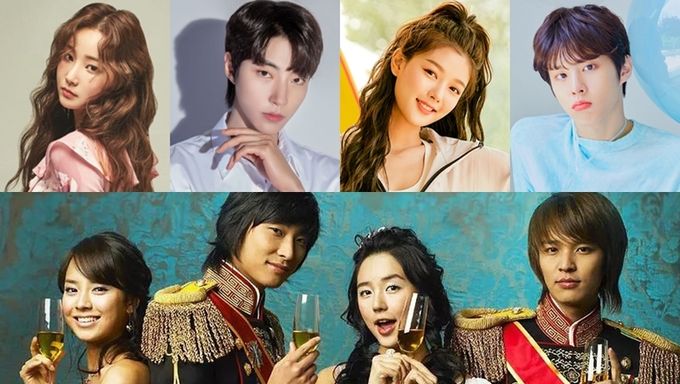 The announcement of the remake of the hit drama "Princess Hours" (also known as "Goong") was huge news for K-Drama fans.

"Princess Hours" (based on the manga of the same title) starring Yoon EunHye, Ju JiHoon, Kim JeongHoon, and Song JiHyo was extremely popular in and outside of Korea in 2006. Until now, many fans still remember and cherish the drama.

On Kpopmap, on Mar. 5, we've shared who would be perfect to take the four lead roles for this remake - keeping in mind that the actors should suit the role of high school students. Along with our suggestions, we've opened a vote to hear fans' opinions. Many of you participated. Thank you for all your votes!

Here is the desired cast for the remake of "Princess Hours" by Kpopmap readers (data retrieved on Mar. 12, 2 PM KST). Find out the vote result!

Looking at the results of the vote, Kim YooJung is the most wanted actress for the role of the kind Shin ChaeKyeong with 52.8% of the votes (156,506 votes). 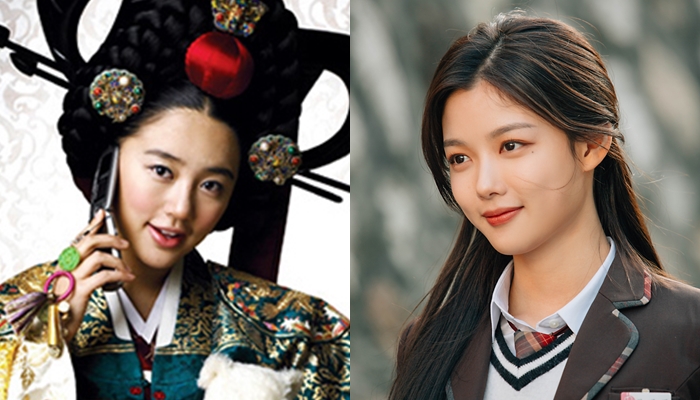 In the first part of the vote, Kim HyeYoon received the most votes but Kim YooJung later took the lead. In the comments, fans mentioned Moon GaYoung and Kim SoHyun (not included in the votes) for this role. 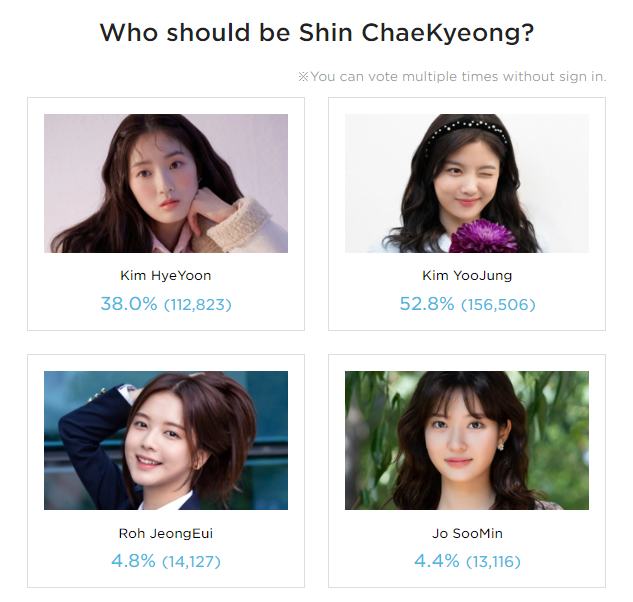 Hwang InYeop received the biggest amount of votes to act as Crown Prince Lee Shin with 58.9% of the votes (124,569 votes). He is the one fans wants to see the most as the lonely prince. 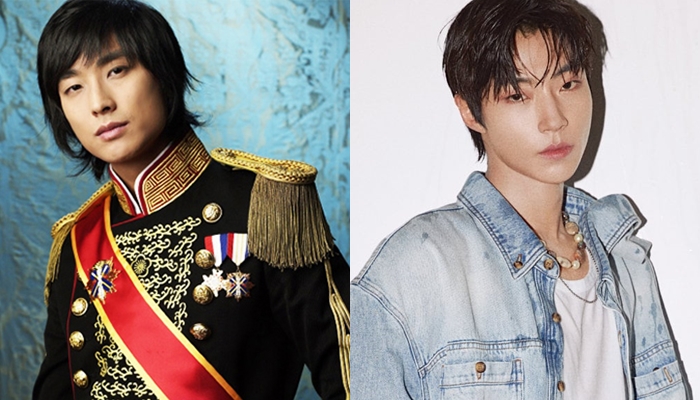 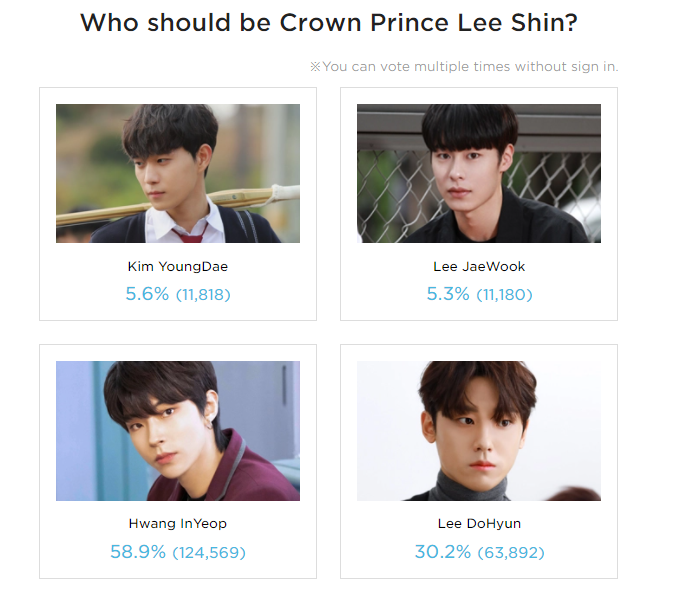 Kim WooSeok would perfectly fit the role of the cute and kind Prince Lee Yul and he received the major amount of votes with 59.0% of the votes (95,169). 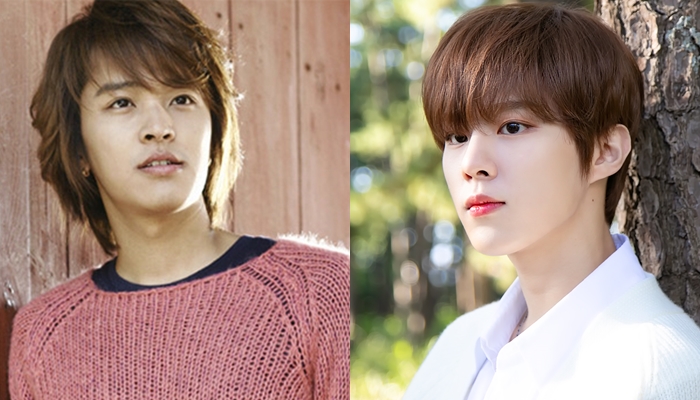 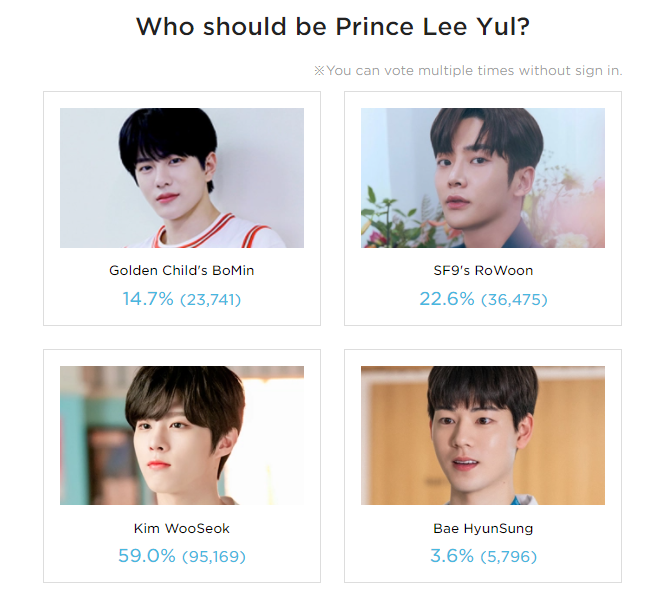 For the talented ballerina Min HyoRin, Kpopmap readers selected YeonWoo with 38.9% of the votes (40,657). 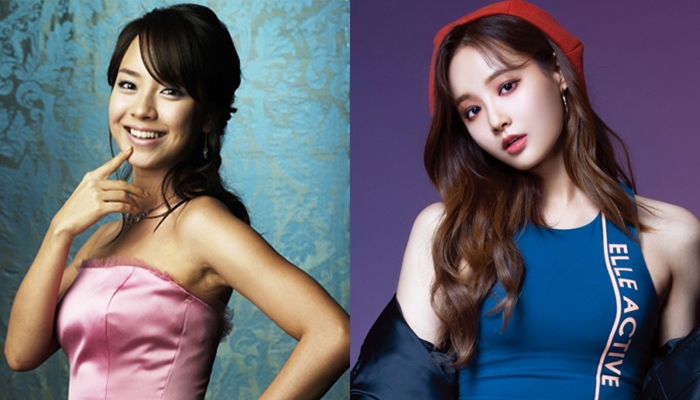 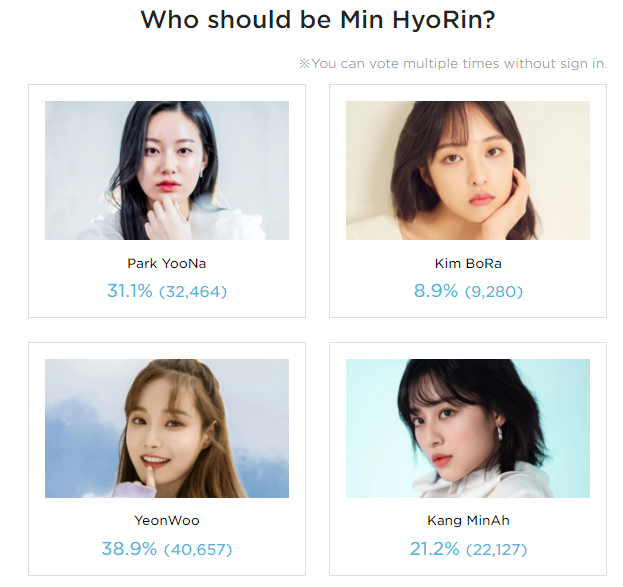 For more about the drama and its characters, and to continue to share your opinions, you can check our previous article below. 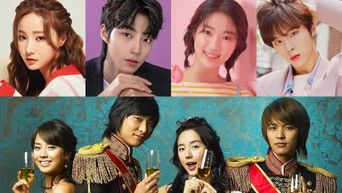 Kim hye yoon and sf9 rowoon are perfect for this drama🥰

They are not even in the voting list sis 😅

It would be perfect if the leading man was SF9's Rowoon and his leading actress is Kim Hye Yoon🥰 were hoping for another drama for them, they very suitable to each other❤️ remember Prince Lee Shin is kind of a tall man and it resembles to SF9's Rowoon,he is tall and handsome🥰 likewise to Shin Chae Kyeong,she is adorable and cute like Kim Hye Yoon❤️❤️ hihihi🥰 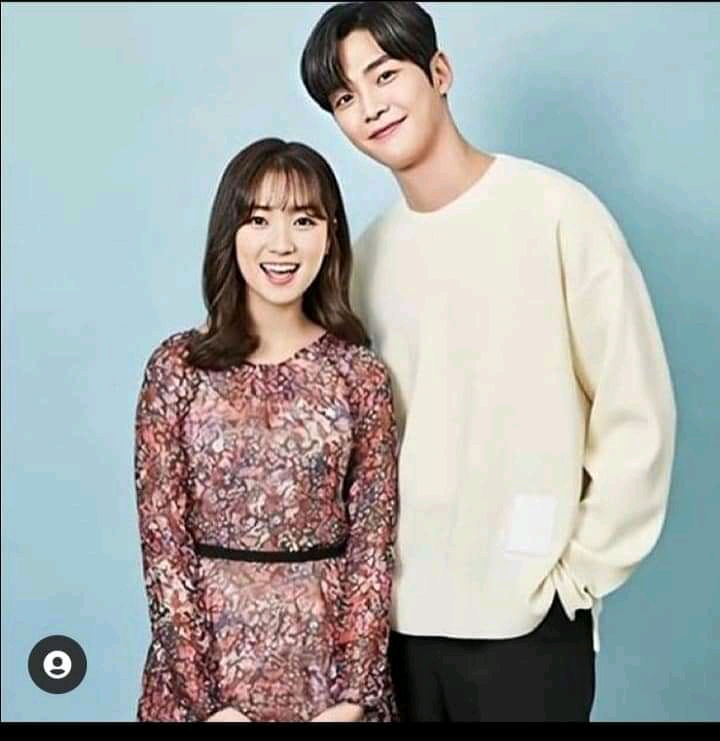 I really excited for kim kimyoojung

I hope kim hyeyoon will be the leading actress, i wanna her playing together with hwang in yeop T.T

I wish kim hyun soo will be the female lead. Just remembered that yoo jae suk said to hyun soo when she was a running man guest back in 2014. He thought she was yoon eun hye.
Kim hyun soo has a similar look with yoon eun hye & suit for the role

Freakn agree with this! Help me spread the wordd

Yes...I agree..Kim young dae and Kim hyun soo are the perfect pair for this remake..

wonwoo from seventeen would make the perfect lee shin

I wish to be lee do hyun 🥺🥺🥺 for me it suits him to be the crown prince more, because of his charming looks with a bit of snob, which fits perfectly. Well, for hwan inyeop, his looks is more of a strong feature and fits for goo joon pyo in boys over flowers as his looks is a more bad boy vibe.
This is just my honest opinion.

hell no he is ugly

Hwang in yeop is best for prince lee shin

Zahra I agree with you <3

Hwang in Yeop does not fit the role for the crown prince. This people do not determine who is going to be casted. 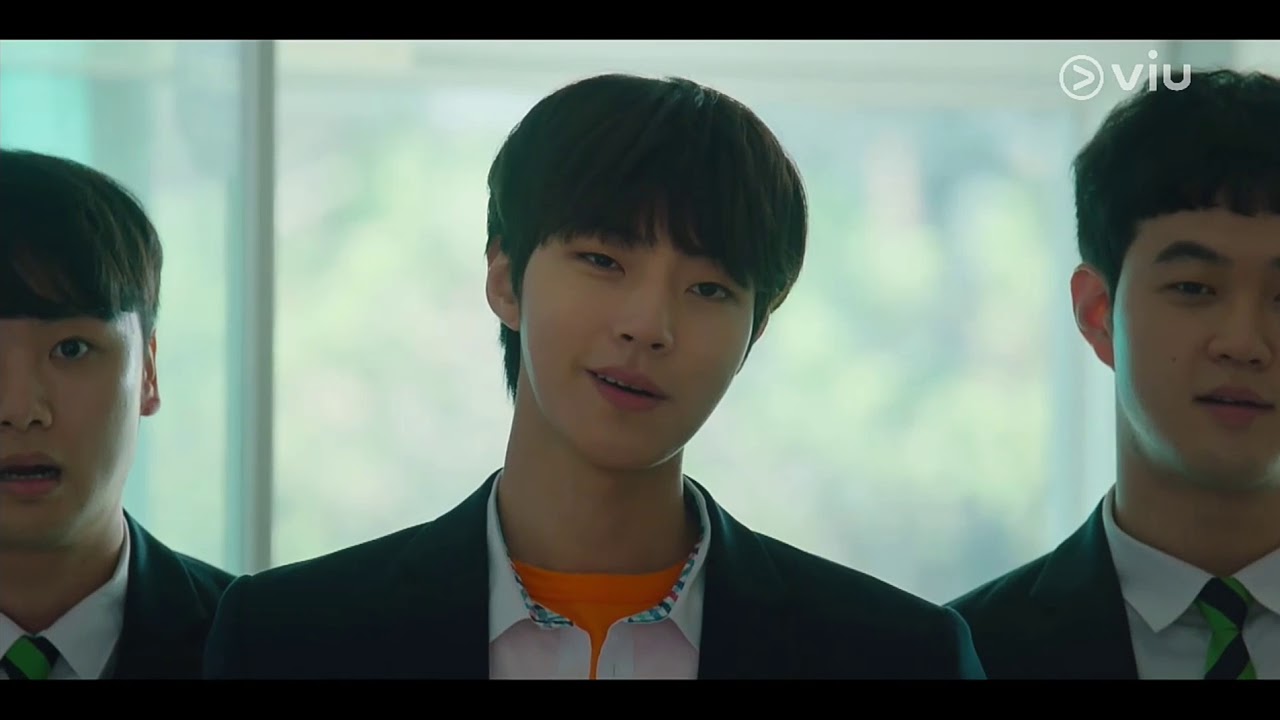 I’m sorry for saying this, but I prefer actress Kim Hye Yoon for the role of Shin Chae Kyung because the character seems more suited to her. But whoever the actress is later, I don’t care and hope this drama will work! 🥰🥰

It does not seem at all, besides that she lacks as more trajectory as an actress

i don’t really like the actress tbh and the age gap, but i just want hwang in yeop in this drama, that’s all i want 😭

BTS V is perfect for the second Male lead😊👌

V and Jennie would be also fit.

I really hope they make this kdrama 😭😭😭

BTS V is suit for the second male lead. It will be a succeed 👌😊

I hope they would be cast Hwang In-Youp is perfect!