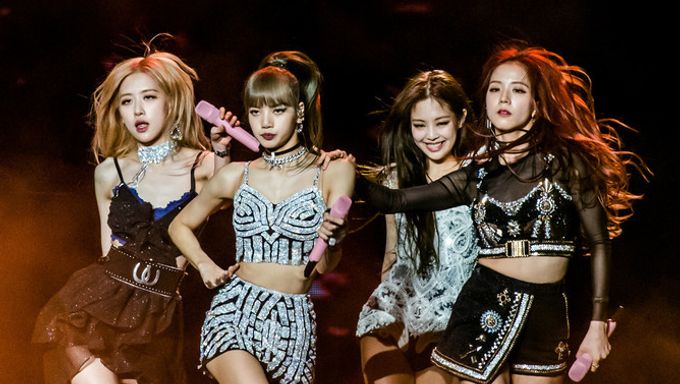 YG Entertainment girl group BLACKPINK is seriously on a killing streak with their successes as they recently performed at the Coachella music festival this year, which was also live streamed in New York City's Times Square.

US media LA Times recently published an article complimenting BLACKPINK's performance at Coachella, but apparently did it in a way that triggered BTS and 2NE1 fans, as the author of the article stated that neither of the two groups would have been able to pull off the Coachella performance the way BLACKPINK did.

According to the article:

"BTS might be a bigger act, and 2NE1 might have covered similar terrain before them. But no other K-pop group could probably have handled a Coachella gig quite as well."

Below are some of the responses from fans of BTS and 2NE1.

Yikes BTS in the article non related to them again

You don’t have to mention other groups. You’re actually dismissing what those girls achieved by comparing them.

How do you feel about the recent comparison?

There are better ways to praise your favs you know? ?

uhm why include BTS in the article when they are not even related to it? why always mention other groups in BP articles, is BP articles not that interesting to link other other group? is BP not worth featuring with only BP alone? Guess so? they could not even sold out their Billboard magazine No other kpop can pull the way they did in Coachella? yeah read the local's review and reaction to their performance Aside from being the first KPOP girl group that performed in Coachella,is there anything relevant published about them? Were there articles that says that BP… Read more »

Wait, wait, wait. Let me sort this out. I know it's not right to include bts and 2ne1 when the article is not about them. But to answer your queries: 3. Did you even bother checking the feedback and tons of articles praising blackpink's success in coachella? The reaction and reviews for them were very good and positive. If there were bad reviews, can you give me alink so I can check? Cause I honestly don't see any. 4. Oh come on, are you asking or you just don't know? Please do research. Or are you just hating? 5. The… Read more »

BRUH ! stop using BTS and 2ne1 names under this article just to make BLACKPink raise. Y'all see the comment of western netizen about thier performance ?? how pathetic ryt ?. BP is queen only for blinks, BTS is kings only for army and same for 2ne1 queens for thier fans.... See the deffirence .

Well, SOME armys like to do this stuff. When someone does good internationally, they will always comment about their fave boy group doing this and that. Always commenting BTS in a non-BTS article. Now they are mad to see other people do what they always do. Smh. I don't agree with their article too btw.

We are commenting on this cause our boys are included in this article and why do u people always include other artists on a blackpink article ?

Non-BTS article? The article literally includes BTS and 2ne1. Now, why can't this journalist write something good abt blackpink without dragging BTS and even 2ne1 which has long disbanded.

is that what youve got comparing bts and 2ne1?how ironic coachella is big but daesangs and grammys are more bigger but then to end this dont compare other groups because they have there own way to showcase there talent✊

Do you have to mention other group to make that group famous?

I don't think BTS will even go to Coachella. It's ironic how popular lgbtq+ personalities go there but the owner of that festival is said to have donated to anti-lgbt and anti-abortion groups smh?‍♀️?‍♀️

was also supposed to be a smaller, anti-Ticket Master event so people could always afford it + a focus on anti-mainstream music..centered to promoting rock, edm, and indie music artists.

now it's almost $500 for the cheaper pass and all about seeing the bigger, mainstream acts and the crowd is completely opposite of the original target as well.

since when was 2NE1 and BTS involved in this?

I wish they'd stop comparing other bands to 2NE1. Sure BP is pretty good, but 2NE1 will live on forever. They're all so different from each other, so why compare? It's so annoying.

Stop comparing. Geez, idk if you guys are just dumb or what... Can't you see that they're different groups?

The worst trait of Kpop is the antifan culture. Fighting over whose fav is a the best singer is irrelevant. Idols are not meant to be musical divas, they are entertainers. Fans don't spend money on the best music, they buy albums/ merc as a keepsake for the idols they love.
The idol business isn't a singing competition. Just understand what it is. Its a popularity contest. So just enjoy the entertainment!

Salty people can't handle truths. Besides, the LA times publishes articles catered for western readers. It is alright so as long they do not cross the line into fabrication or defamation. It is the over-zealous type of fans who are the ones that blow things out of proportion.

sorry but bts can do better plus stop media playing using other groups names to prove something ain't it.
we aren't salty we got sick of involving bts in any shit bp do

All the bp articles there is always bts...when i would see an article of them without bts?

All blackpink articles be like: bts here bts there.
It's embarassing. Stop it.

BP Articles won't have immature ARMYs if only the journalists did not bring BTS up just to drag them down. "Dob't do unto others what you don't want others to do to you."

It is just disrespectful to say that. Just because Blackpink finally got their act together and handled a few performances well you can't say they did better than 2ne1. To be honest I wouldn't even say they ever did well enough to live up to the hype surrounding them. Not that they are bad or anything, but it's just ridiculous to praise them like that. They are professionals who earn a lot of money for what they are doing so I think it should be self explanatory that they are doing a good job because if they didn't they'd be… Read more »

Saying blackpink is the same old pretty girl act shows you don't know a lot about their success or talent. Please do research.

Wait, why do you have to put bp down? If you do so, you are being as mean and comparative as the person who made the statement. Also, they didn't just "get their act together" they achieved great success in coachella a milestone for kpop and for them as well. Saying blackpink is just prettey shows you don't know much about them. Have you seen howngood they dance? Especially Lisa and Rosé. Have you heard how good lisa and jennie raps? Have you heard how good jisoo and rose can sing? Please, be professional and don't discredit blackpink for their… Read more »

Idol groups are mostly created for teens/ early 20s, who really love them and spend $$$. If you feel left out as an older fan, look for something else - don't hate and spoil it for others.

I'm a female and according to my kpop orientated female friends, BP is hardly the first girl group to come to our minds as ult bias or just current bias girl group. But well you probably mean girls as certain age demographic, and me and my friends are older fans - we saw a lot of 'girl crash' concepts since 2 gen so we not that moved to the OMG GIRL POWER the girl suppose to represent without actually represnting it while having questionble male gaze oriented visuals. And while I kinda liked them as rookies (as much I can… Read more »

Antifans attacking girlcrush groups just because they are pretty???
Same training, same producer - BlackPink and 2NE1 sound exactly the same! BlackPink were created to be the cuter, prettier, more relatable version of 2NE1. They are the most successful group because all girls around the world love them. Anti-pretty fans should find another argument - 'pretty = untalented' doesn't cut it anymore.

If you just know 2ne1 is,
you will understand it.
But,if you still can't understand it, well go back to school girl/boy
PEACE.

Hey are you reading well?or you can't understand it?
And also shes/his right they don't have rights to compared them to 2ne1 or Bts
Did you watch the live?
And also she/he didn't put down bp, she/he just discribe them

if u don't like 2ne1 being compared...
what right have u to put bp down?

if u don't like 2ne1 being compared...
what right do u have to put down bp?