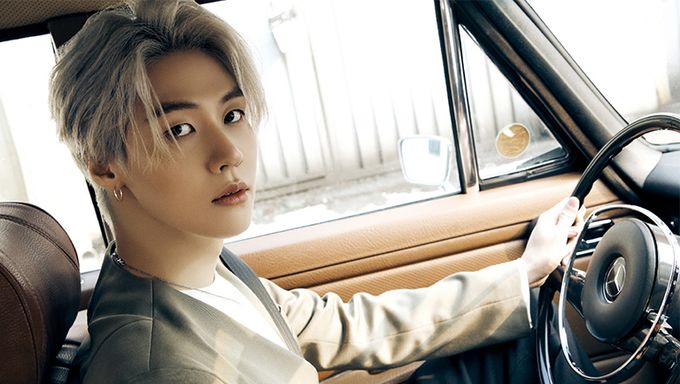 Lee SeungHyub, who is more known as the leader of the group N.Flying, recently took his first steps as a solo artist with his single album, [ON THE TRACK], and challenged and exposed his own unique musicality to the world as  "J.DON" (his signature sound name).

2021 seems to be a good year for him so far, since not only did he release his very first solo album, but he had also actively expanded his acting career, as he is currently appearing in the drama "가시리잇고 (Must You Go?)".

With that, Lee SeungHyub shared his story of the exciting journey that he is taking with Kpopmap. 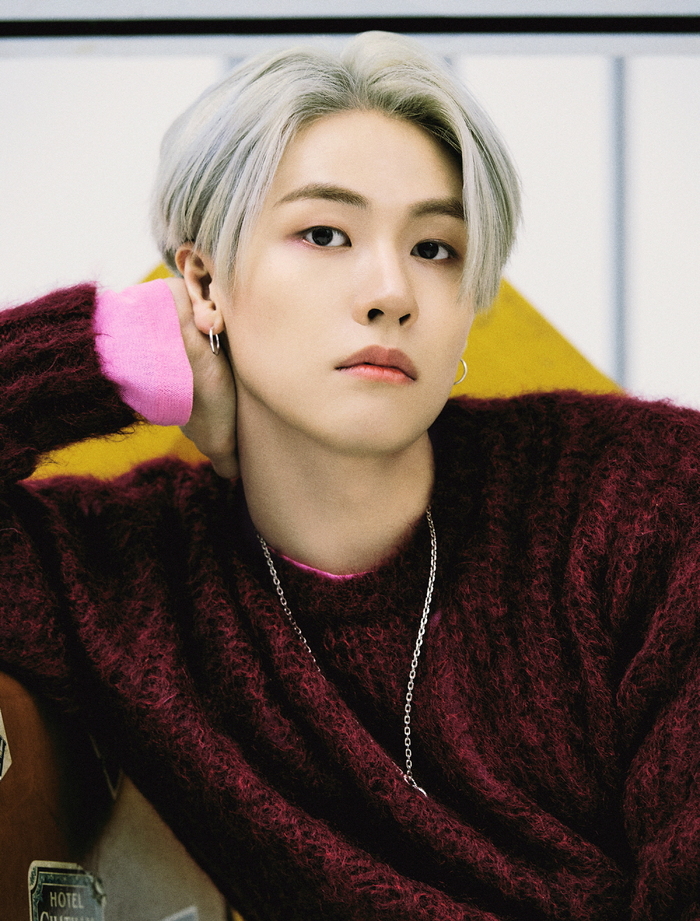 Congratulations on your first solo debut! You have mentioned that the album name [ON THE TRACK] derives from your signature sound, “J.DON ON THE TRACK”. Can you tell us how you have come up with that name?

Thank you for celebrating my solo debut!
As for the name, when I was releasing music on SoundCloud, like many other music producers, I wanted to have a cool-sounding name. After going through several names, ‘J.DON ON THE TRACK’ resonated with me the most and I have been using it ever since!

While preparing for this album, which song did you most enjoy working on? And why?

The most fun I had and felt rewarding was “Moon and Cheese.” I was going through a writer’s block so to speak and every song I made sounded like “N.Flying” and all of a sudden I came up with this song!
It’s an autobiographical story about me and as soon as I started, I completed the song really fast. When I replayed the song, it reminds me of that happy moment of breakthrough. 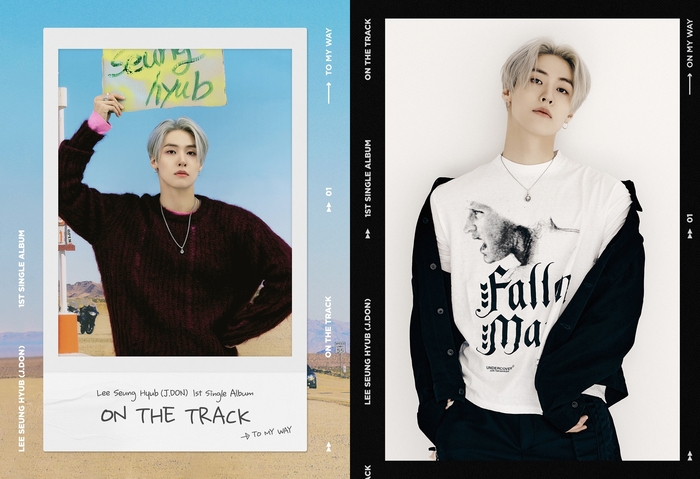 What’s different from J.DON and the N.Flying leader, “Lee SeungHyub” who we are more familiar with?

To be frank, there is not much difference. However, I wanted to separate my identity as a leader of N.Flying from J.DON so that I can show a different side of me to the audience. All in all, it’s still just me!

There’s a choreography for ‘Clicker’! What was the members’ reaction?

I’m sure the members were feeling odd about me dancing on stage but I actually have put a lot of effort into it. I think they’ll be surprised that I have prepared a lot for this haha. 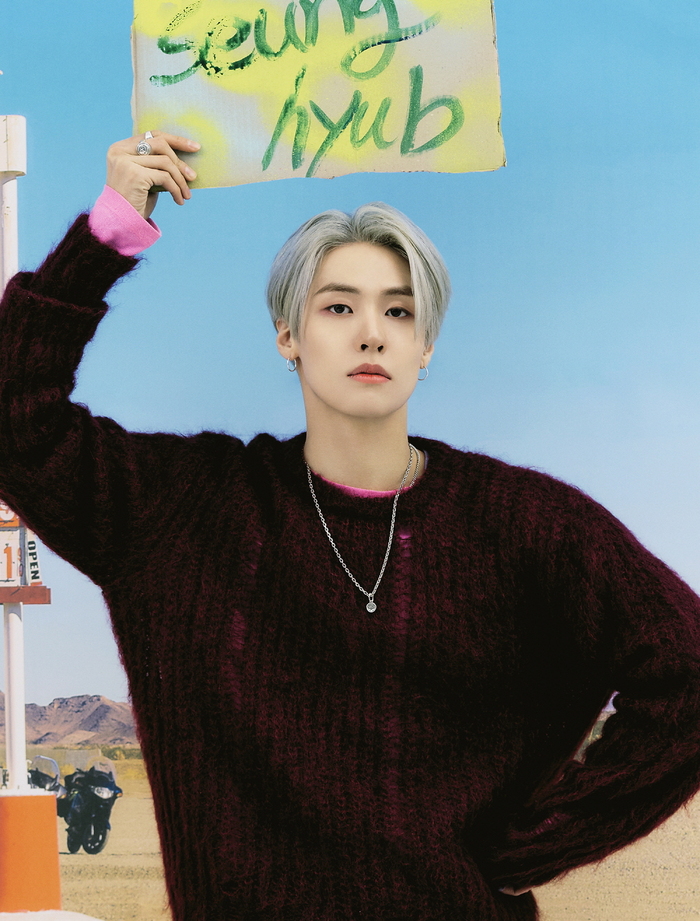 During the online media showcase, you have shared that the title track, ‘Clicker’ was inspired by the tool “Clicker” which is used to train dogs as part of positive reinforcement training. What kind of deeds or messages do you think, gives you that positive energy from your fans?

I always feel happy when they love my/our music, and pretty much any words of encouragement from the fans give me strength! Basically, whatever N.Fia does!

Was there any fun episode that happened during your MV shoot?

N.Flying members all came to the MV site to support and not only that, they brought me a home-cooked meal! Them being their itself was great and it made me happier that they prepared a surprise dinner for me! The time they were there was short, but it was such a great, precious moment. 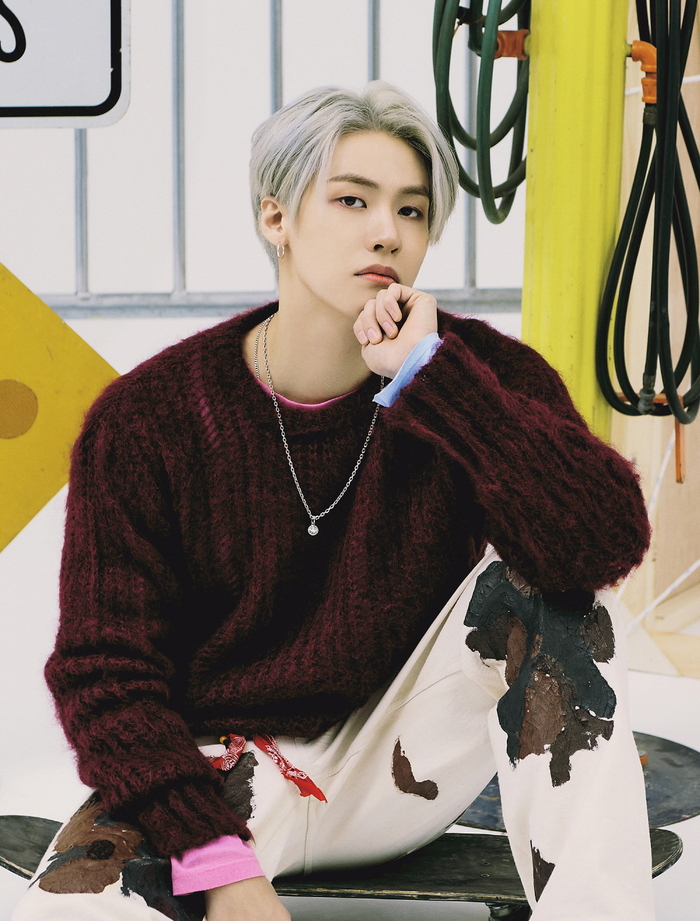 What message did you want to give out to the listeners for this album, “ON THE TRACK”?

I just want them to know that the artist J.DON, Lee SeungHyub has this type of sound in him and has brought it out to share it with you. It’s a new beginning for me and I hope that with interest, people would listen to my music for a long time. 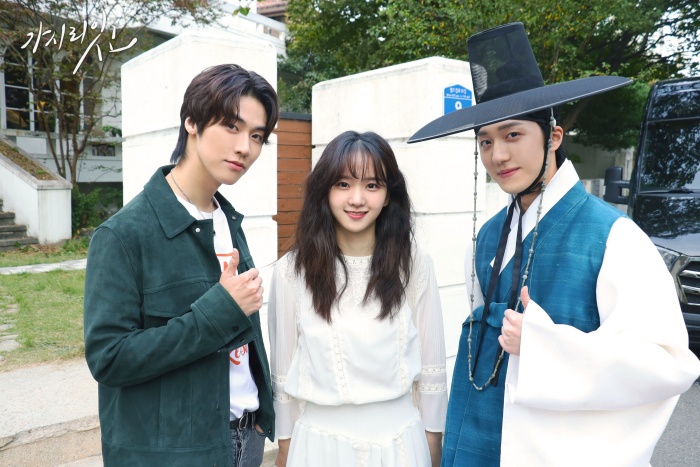 The drama '가시리잇고(Must You Go?)' which you are appearing as “Lee Won” is showing high anticipation by the global fans. In the drama, the character you are playing is summarized as a ‘Top vocalist who is extremely passionate about his works.’ When you were preparing for this role, did you feel like there are similarities to you? And how did you prepare for this role?

Yes, I don’t think I am a workaholic but I do constantly think about music and our fans so there are some similarities. Also, it was my first time acting in a historical drama, so I had to practice a lot with how I speak and the tone as well!
There are scenes where the character’s emotions change drastically so it sure was a great challenge for me!

What was the hardest part of acting during historical scenes?

To find the correct tone wasn’t easy but there were some parts that went quite smoothly. The hard part was that I always had a problem with my dialect (Gyeongsang dialect) so I tried to fix it by talking in Seoul dialect even when I am talking to my parents haha! 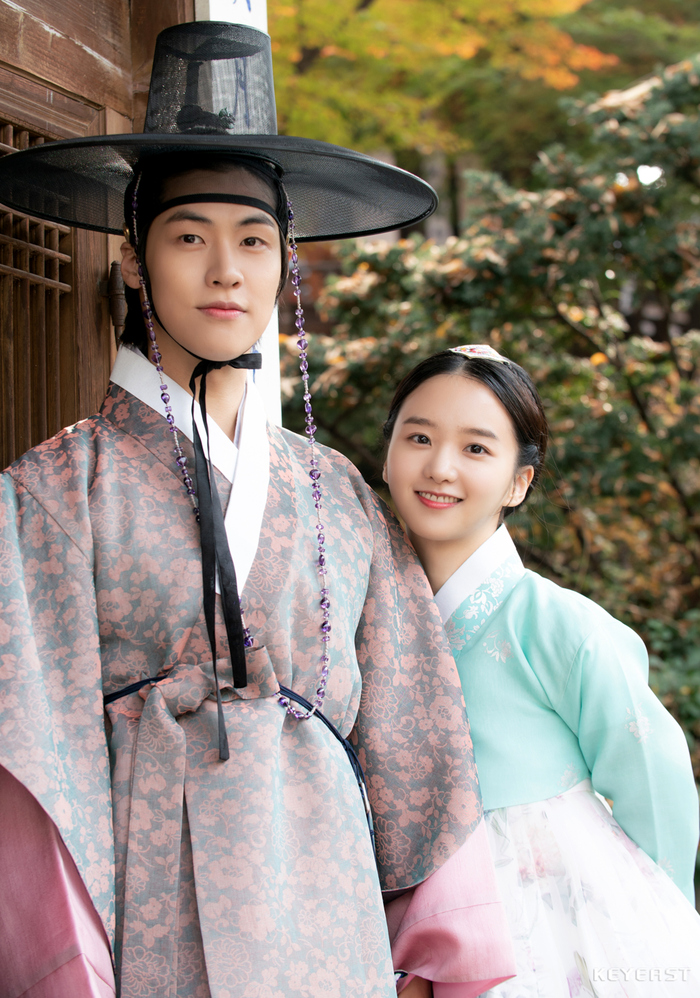 Not only do you work in the music scene, but you have been actively being involved in acting as well! What was your favorite character that you have played and what type of character do you want to try in the future?

Every moment I act, I realize that there are so many things that I have to learn. I loved every work I have been involved in, but it is also true that you get more attached to your most recent works.
I would love to try “noir” in the future. 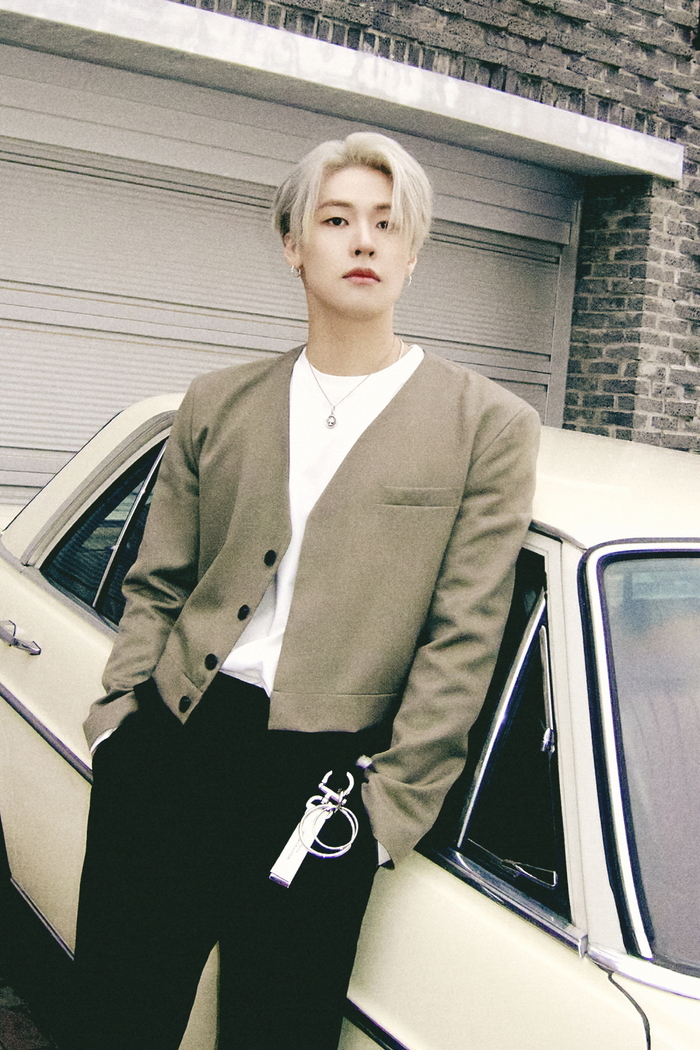 What are some things that global fans should look forward to for “Must You Go?”

I have put a ton of work to prepare for this drama so it’s hard to pick one, but I do hope that fans can enjoy my acting. 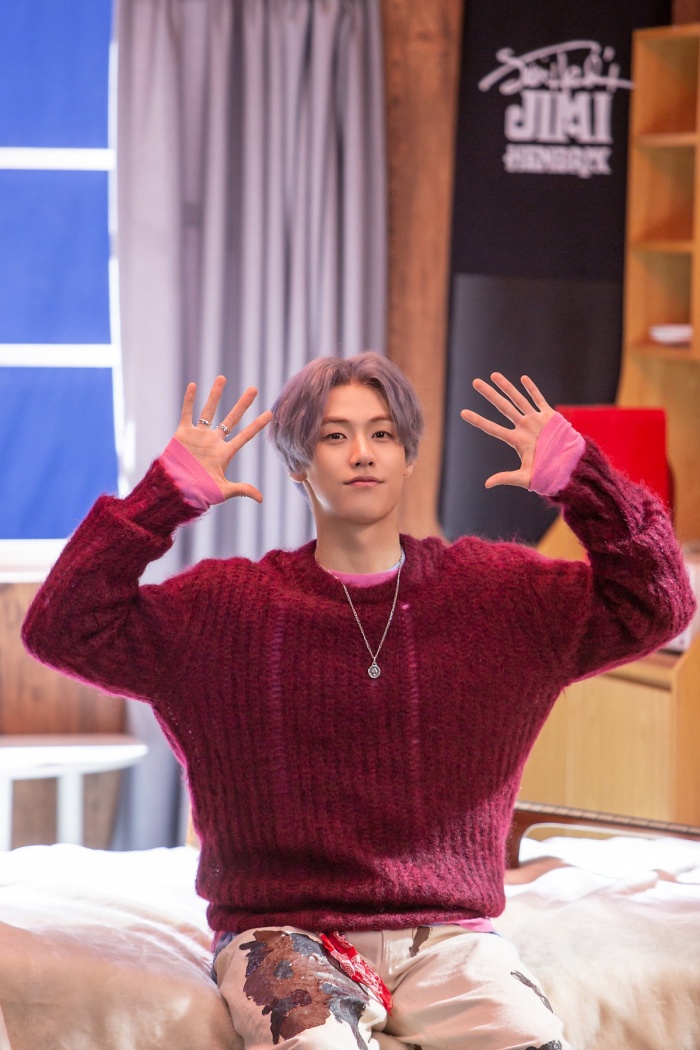 Lastly, any words for your global fans?

Hello, global N.Fia! I truly hate the fact that we(N.Flying) cannot see you in person but I have NEVER! FORGOT! The PROMISE! That we will see each other! We miss you more than you miss us! Until the day we meet again, sing and dance together, I hope that everyone stays safe and happy! Don’t lose your smile! I love you all! 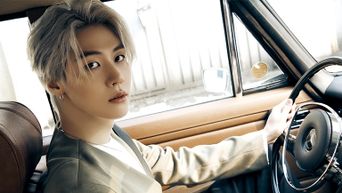 Lee SeungHyub(J.DON) Put’s Himself “ON THE TRACK” As a Solo Artist By Releasing His First Solo Single Became a fan of Lee SeungHyub

I'm so happy to see this side of him

Thank you so much for the support for J.DON and also for this interview 🙏🏻
I hope we can see more of him and nflying members in the future 😆