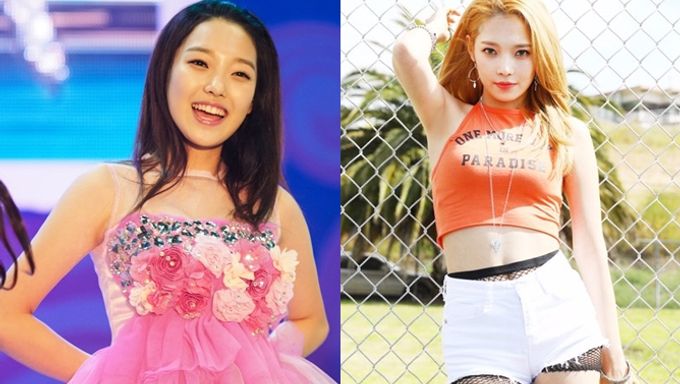 SoMin, who just debuted as a member of KARD, actually has debuted for 3 times before.

Did you know this is the 4th debut for SoMin? The most hottest rookie group ever, KARD's SoMin has the most eventful debuting history. Who doesn't have a story, but her stories are quite comparably sad. As mentioned above, KARD's SoMin has debuted for 3 times already before debuted as KARD. At her very first debut, she was a member of PURETTY, which ended up being unpopular. At that time, she was only 17 and failed to have successful activities as PURETTY in Japan.

After PURETTY got disbanded, DSP Media were having a audition for new member of KARA and SoMin gave it a challenge. She received some attention from fans due to her face which resemble KARA's Hara, however, only Heo YoungJi could debut as a new member of KARA. So it is.

Since her try to debut as a new member of KARA got failed, she retried and finally debuted as a member of April in 2015. SoMin was the eldest girl so she got the unnie position at that time. However, all of sudden, SoMin left April. Instead, ChaeKyung who got some popularity from Produce 101 SE1 was selected to replace SoMin in April.

So it is. After her preparing for KARD was revealed, netizens said, it was all planned by DSP Media in order to set her a member of KARD. Anyway, whatever the truth is, fans are praying for her stable and successful activities as a member of KARD, from now.