Lisa's Outfit 'Attacks' The Rest Of BLACKPINK Members On Stage 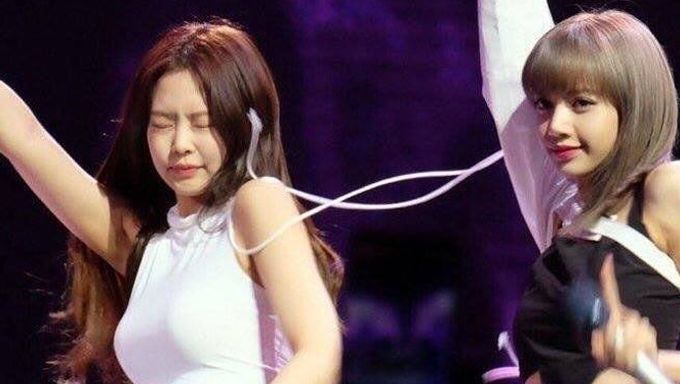 On Apr. 10, BLACKPINK appeared in Bangkok for the "Samsung A Galaxy Event".

During that time, the girls performed their hit track 'DDU-DU DDU-DU' as well as their latest title track 'KILL THIS LOVE'. Fans who were present cheered on the girls and were excited to see them performing in front of them.

However, fans noticed something rather hilarious that had happened because of Lisa's outfit.

If you were to take a closer look, you would notice that there were long, white strings attached to Lisa's outfit and every time she moved, it would follow her movements.

While Lisa was dancing, the strings appeared to have 'attacked' the rest of BLACKPINK members by hitting them on the face.

Fans could not help but talked about how adorable the rest of the members were when they were 'attacked' by Lisa's outfit. Some even said that it was the outfit's fault for attacking the girls.

BLACKPINK will be making their way to the U.S. for their appearance in U.S. music festival, Coachella, and appearance on "The Late Late Show With James Corden".

Did you find it funny too?

I love Jennie’s face when the strings hit her #TeamBlackpink #KpopForever
They’re obviously fine I love Rosé soooo much comment who’s your favorite BLACKPINK member my name’s Sana Staar Parks and I’m actually from South Korea and I grew up with kpop❤️❤️❤️Learning English was hard but now I live in Australia, New Zealand.? everyone!